Did you ever see yourself in the motion picture business? I never did. (Well, as a child, I used to pray, "Our Father, who are in heaven, Hollywood be thy name," but that doesn't really count.) Yet here I am, facing 2012, a movie, and a miracle. Let me tell you my story. 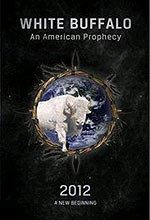 In 1943, my grandmother, Margueritte Harmon Bro, wrote an article for Coronet magazine titled "Miracle Man of Virginia Beach," and spread news about Cayce around the country (members can read the original article in the online member-only section). Next, Mom and Dad, 23 years old, moved to the Beach and worked with the Cayces for nearly a year. They each received a reading. Their lives were changed forever. (If you'd like to know more of their fascinating story, read Harmon Bro's Seer Out of Season, recently re-issued by A.R.E. Press.)

At 16, I found and devoured There Is a River. Here were the answers to my question of how a good God could allow evil and suffering in the world. Cayce's readings testified that God was a loving God after all, giving us free will and lifetime after lifetime to grow to love God, self, and neighbor, and to come to know ourselves to be our unique selves yet one with all creation. We are co-creators and companions of the Divine!

In 1981, I became the 6th generation pastor in my family. I pastored a church for seven years, and then headed off to get my PhD. in women's studies. But God had other plans, for I ended up getting my doctorate in theology and anthropology. I eagerly headed off to the Lakota (Sioux) reservations in South Dakota to do my field work and practice mission-as-reconciliation: rather than destroying their culture and their dreams, we respectfully listen to the people and learn from them.

I loved the friendly people, the haunting flute music, the colorful powwows, the windswept prairie grasses. I sweated and prayed with the Holy Women in sweat lodges. I felt myself slowly transforming, becoming more conscious of my place in the web of life with Brother Eagle and Sister Mouse. I heard time and again the sacred story of White Buffalo Calf Woman who, centuries ago, gave to her nation many things. But most valuable was her gift of the sacred peace pipe, used to resolve conflicts in the tribe. And her promise—that when a white buffalo calf is born, the Fifth or Rainbow Race will appear, ushering in a time of peace and harmony—both personal and planetary transformation.

Then in 1994, a white buffalo calf, named "Miracle," was born in Janesville, Wisconsin. Was White Buffalo Calf Woman's prophecy coming true, I wondered? I yearned to find out. 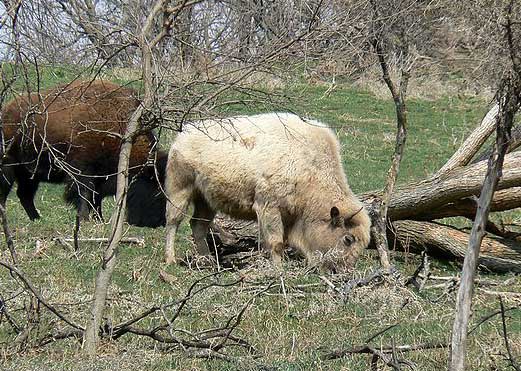 But life took me far away from Indian country to the East coast and Yale University to preach and teach.

Later, back at Virginia Beach, the cradle of Cayce's community, I started Living Waters, a church embracing the Cayce world view, centered in Christ and committed to building understanding between different cultures and spiritual traditions. I often preach on tribal rituals, wisdom and prayers. This eases some of my longing to be with my Lakota brothers and sisters whom I'm sure I've known in centuries past.

In 2005, I lectured at the same A.R.E. program as Deepak Chopra. I was rising like a shooting star! But my star crashed back to Earth with a painful divorce and a near-deadly bout with breast cancer. I was devastated. Had God no further use for me?

Fast forward. A few months ago, I headed out to a gathering of local healers. Arriving late, I noticed that out of twenty chairs in a circle, only one was vacant. I took it. I was amazed to learn that right next to me sat Ethan Marten, director of the film project, White Buffalo: An American Prophecy. With his three brothers, his mission is to interview Native elders in both Americas to document the ancient prophecies now being fulfilled, in hopes of helping to bring the races together and heal our Mother Earth.

Since that initial meeting, several more white calves have been born and 2012 is fast approaching. Now I find myself swept up with the spirit of White Buffalo Calf Woman, accompanying these four visionary filmmakers, whom I've surely worked with in past lives, to fulfill their sacred mission.

In my next blog, I'll share what our plans are for the South Dakota segment. (As a sneak preview, we've been invited to sit and consult with Chief Arvol Looking Horse, Keeper of the Pipe for the Lakota Nation.)

Until then, along with the brothers Marten, I'll be burning the midnight sage in eager preparation for the movie and some new miracle! Mitakuye oyasin, "All my relatives."