Join
A History Puzzle in the Cayce Readings
Rodney Small

Not long ago, I discovered what appears to be an inaccuracy in reading 1187-2, which was conducted in Dayton, Ohio, on August 1, 1925. In this reading, Cayce told 1187 that she was a sister of Louis XVI in her most recent lifetime. Cayce told her that in that lifetime she had tended to her brother in his final days, and that her name then was Angelica. The first portion of what Cayce stated seems historically accurate, as Louis XVI did indeed have a sister who tended to him in the days before his 1793 execution by the French revolutionaries. However, her name was not Angelica, but rather Elisabeth. Cayce, I figured, must have gotten this wrong. Still, I wondered where the name Angelica came from, as it is not at all common in the United States, and Cayce also stated in a different reading that another woman who allegedly had a past lifetime in France was also named Angelica. Those were the only two times Cayce mentioned that name in the entirety of the documented readings.

So, I was puzzled that, if Cayce was simply pulling that name out of the air (or out of his subconscious), he would do so only twice, and both times with respect to women whom he claimed had been French in past lifetimes. However, it dawned on me that perhaps the name Angelica had been more common in the United States in Cayce’s time than it is now, and it was just a coincidence that there was an association with French women. I undertook some research and discovered a database of first names kept by the Social Security Administration (SSA), and discovered that the name Angelica was actually even less common in the United States in Cayce’s time than it is today. Specifically, the SSA database lists first names by birth year going back to 1880. There are more than 40 million individuals in that database who were born between 1880 and 1925, but just 402 of those individuals were named Angelica. Thus, the chances of Cayce—who spent his entire life in the United States and was not well-read—having met or even read about a person named Angelica by the time of his 1925 reading for 1187 are rather remote.

Where, then, did the name Angelica come from?

Fortunately, I know a French woman, Marie-Alix Ravel, author of the book Marie-Antoinette’s Present, who is very knowledgeable about French history, and asked her if she might have an explanation. Marie’s response amazed me: She explained that Angelica is the English translation of Angélique, which is a common first name for French girls. Furthermore, while it is a virtual certainty that Cayce could not have consciously known this, a woman named Angélique Mackau was the dearest friend of Louis XVI’s sister Elisabeth! I confirmed this fact when I discovered that Elisabeth provided Angélique Mackau’s dowry when Angélique married. Moreover, Elisabeth gave Angélique an affectionate nickname at that time. The last name of Angélique’s husband was Bombelles, and so Elisabeth nicknamed her “Bomb.” Finally, both women died tragically in their 30’s—Elisabeth by guillotine and Angélique in childbirth a few years later. Angélique is said to have never recovered from Elisabeth’s execution: “Angélique Bombelles received the news like a knife,” one authority states. “She never recovered from the execution of the princess.”

Could it be that the closeness of Elisabeth and Angélique caused the sleeping Cayce to intermix their soul records? Perhaps there are other cases where a reading appeared to be inaccurate that could be explained by similar circumstances. If any readers are aware of other cases that fall into this category, I would love to hear about them. 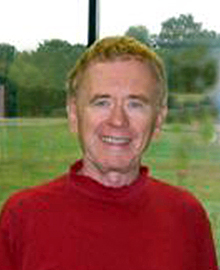 Rodney Small, a student of the Cayce readings since he happened to hear Hugh Lynn Cayce discussing the book Venture Inward on a Boston radio talk show more than 50 years ago, works for the Federal Government in Washington, DC and makes his home in Herndon, Va. He can be reached at rodneysmall@cox.net.

See all by Rodney Small