Join
A Placebo for a Pandemic
Bernie Coomes, DC

It is possible that all the disagreements over different treatments like hydroxychloroquine for the Covid-19 virus can be explained by one of Edgar Cayce’s protocols for a healthy body. Cayce, considered the Father of Holistic Medicine, has already given us the cure for most illnesses. Most Cayce students can recite the formula for good health even if we fall short of the mark much of the time. We know that it is important to eat 80% alkaline foods, get proper sleep, exercise regularly, meditate, help others, and keep a positive attitude.

This last tenet is probably the hardest to quantify but may prove to be the most important. Keeping a good mental and emotional outlook is very underappreciated, maybe because it seems so vague and hard to measure. But I would not be surprised if some day we find out that the efficacy of a certain drug or treatment is more dependent on the attitude of the patient and health practitioner than the actual treatment itself. We are not totally there YET but the placebo effect does seem to be growing stronger over time!

Even when some patients and doctors swear that hydroxy is a cure for Covid-19, so far the randomized controlled studies have found negligible benefits and some heart side-effects. (But if you get better you really won’t care.) So what accounts for the difference in recorded outcomes?

At one point researchers had to account for upwards of 30% for the placebo effect of a proposed drug. A drug candidate had to surpass that threshold in order to be approved for use. Now, in some treatment trials the placebo effect is considered to be 50% and, in some cases, up to 72% of a treatment success. If a doctor is excited about a new drug for an illness and the patient senses this and then responds with strong expectations of getting better they will often improve even if that treatment is found to be worthless later in the study. On top of this, drug trials have to factor in a certain percentage for “spontaneous remissions.”

It may sound crazy but there have even been sham surgeries where the physician makes an incision but does not perform the surgery. In some scenarios the patient has had the same long term success as the other patient who had the real surgery. To quote a neuroscience journal, “a placebo is the entire ritual of the therapeutic act.”

In experiments, patients have been able to get off meds for Parkinson’s or for pain control by gradually weaning off the actual drug and begin using a placebo pill instead, still getting the needed response in the physical body. There have even been reports of athletes being given a placebo which actually enhanced their physical performance. Hormonal and endocrine changes have been recorded after a placebo is given. Some people respond to the placebo much more than others, likely due to their stronger suggestibility.

Cayce recognized the power of the conscious and subconscious mind. He is often quoted as saying, “mind is the builder, the physical is the result.” He often recommended pre-sleep suggestions to reprogram the body for health or spiritual growth. Charles Thomas Cayce actually made recordings for listeners to use as they prepare for sleep. A placebo even has an evil twin called the Nocebo effect! This refers to the detrimental reaction some patients have when they don’t trust their health practitioner and the treatment plan, or they have learned something bad about the drug that is being tested. Thus even if they are on the sugar pill they can get sicker because they expect a drug is harming them. Studies also show that the more caring and listening a practitioner is, the better the odds of the patient getting better. The much stronger patient response has nothing to do with the treatment but more in the patient’s trust of the doctor.

One interesting study was done in 2014 where a drug was given to one group, another group got nothing. A third group was given a bottle titled “placebo” and were told to take it three times a day anyway. That third group knew they were taking a sugar pill but the very act of going through the motions of taking a pill for their problem gave them much more relief than the control group.

If you are like me you have probably taken numerous things for your health in the past that proved to be ineffective in trials later on and now have discontinued them. I may have wasted my money on them, but I’d like to think I benefited from the placebo effect at least. Social media regularly pronounces claims for a cure for our health problems, including the corona virus we are now dealing with. I have noticed in my years as a health practitioner that many times claims of phenomenal results come from the latest, greatest treatment. Sometimes they get good results for a while. Not all, but many of those new ideas and potions seem to have disappeared over time. I believe this is because in the beginning the results of a new drug or action plan are due to the enormous excitement and expectation of the health care provider plus how that enthusiasm uplifts the patient and conditions them for self-healing resulting in an enhanced placebo effect.

Christian Scientists strongly believe in the power of prayer and attitude to get them through all health challenges. But I contend that doctors, shamans, psychic surgeons, and faith healers all depend on some form of faith or belief to varying degrees. In western medicine there is a strong belief system surrounding our sciences which makes them inherently more effective for us. If we lived in a primitive culture that belief system would be transferred to the medicine man or woman. Even among developed countries there is a marked difference in what treatment works best for certain illnesses. The US has a tendency to treat most things with a pill. This reinforces the cultural acceptance of what will create a cure and adds an added placebo benefit.

There are now ongoing studies of this effect so that we might use it to enhance our best remedies, the ones that are still certified over time. This could prove to be the future of medicine in our society. I heard an interesting observation of something Jesus said in his time on Earth. After a sick woman touched his cloak he turned and said, “Take heart daughter, your faith has healed you.” Was this an example of the placebo effect? The woman was just told she had the power to heal herself! (And I guess if Jesus said that to me I would have a profound experience, too!) Won’t that same power become more available to each of us as our society grows in consciousness?

And as a reminder, Cayce has said that all things are vibration. Quantum physics agrees. This is interpreted as there is only One Source for healing. So, the medicine you take, the adjustments and massages, the colonics, the surgeries are ultimately all from the same Creative Forces. They are designed to help us re-attune to our divine nature thereby healing our physical self. No matter what health challenges we face we can always benefit from keeping a hopeful and expectant attitude to enhance our self-healing capacity. 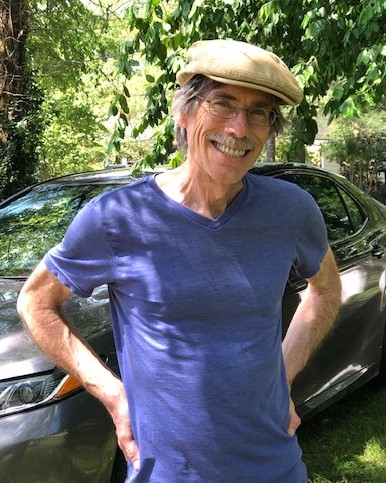 Bernie Coomes, DC has been an Edgar Cayce fan since 1973. The readings inspired him to attend Chiropractic school in order to help put into practice what he learned. He practiced 40 years in Middle Tennessee and retired in 2019. He is currently working with a group headed by Dr. Eric Mein, MD on updating the Circulating Files for the health readings given by Cayce.This past July he was invited to serve a term as a member of the Board of Trustees for A.R.E.

See all by Bernie Coomes, DC