A Spiritual Awakening: Who Are We, Really?
Josie Varga

What is the meaning behind near-death experiences (NDE), out-of-body experiences (OBE), afterlife communications, spiritual awakenings, and other spiritually transformative experiences? The type of experience you may have is not important; what’s important is the aftereffect. 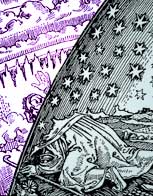 For me, personally, my experience changed my view of life. I did not have an NDE, but one does not have to have an NDE to experience a powerful event of consciousness. For me, it came in the form of a vivid dream, or what I now refer to as a “visit from heaven.” My husband’s friend Rich, who had died on 9/11 in the World Trade Center attacks, came to me with a message for his wife. I didn’t know it then, but I was actually having an out-of-body experience (OBE). My body was sound asleep while my soul “astral traveled” to another dimension.

I walked down this long hallway going into a door at the end which led to a room filled with windows and desks. I looked up seeing my husband’s friend Rich who said, “Josie, thank you for mentioning me in your book.” (I mentioned Rich in the Epilogue of my first book, Footprints in the Sand: A Disabled Woman’s Inspiring Journey to Happiness.)

For reasons I cannot explain, I looked at him and said, “Rich, you have to prove to me that this is really you.” With that, he picked up a flip-phone and showed me a photo of himself, his wife, and their son. He then looked at me smiling, and said, “Boston is OK.” I had no idea what this meant, but I did know that this was a message that I needed to get to his wife. The experience was so real; I knew it wasn’t just a dream.

The next thing I remember is going through a window and finding myself on the street. As I looked out, I saw a pickup truck. In the bed of this pickup truck was Rich standing behind his wife and son. He looked at me, and pushed me forward, as if to say, “Now go give her the message.” I woke up in a sitting position panting and out of breath; feeling like something had just hit me in my chest.

I was completely stunned; nothing like this had ever happened to me before. Without a doubt whatsoever, I was positive that the experience had been valid. In fact, it felt more real than my earthly existence. But how, I wondered, can anything be more real than my current reality? What did this mean? I didn’t know what to think. How could this be?

That morning, I nervously called my husband John, who was already at work, to tell him what had happened. His reaction did not surprise me. He thought I was overreacting to a dream. I persisted, however, insisting that what I had experienced was real. In fact, I was so relentless that John finally agreed to contact Rich’s sister in-law. We decided that he would send an email explaining what happened. If his sister-in-law felt it was appropriate, she would then share the email with her sister (Rich’s wife).

Two weeks later, while on vacation, my husband received a message from Rich’s sister-in-law on his BlackBerry. In short, Rich’s wife had a brother who lived in Boston and was considering moving there but she felt guilty since she had purchased her house with her husband shortly before his death. John read the email aloud not quite grasping what it meant. When he read it a second time, we both covered our mouths in total disbelief.

In the message, she skeptically questioned how I could have known about Boston. Honestly, I had no idea whatsoever that his wife had a brother in Boston or that she was considering moving there. I had never met Rich or anyone else in his family. I once spoke to Rich on the phone, and I had seen a picture of him, but that’s it! Yet, again, I had no doubt that it was Rich. We communicated clearly, telepathically. There was no need for words; it all seemed so natural at the time.

After my “visit from heaven,” everything changed. I not only saw life differently, I was different. After all, I reasoned, I had received a message from a deceased friend which was later validated. This clearly means two things: 1) There is no death; and 2) It is possible for the living to communicate with the “dead.” I put this word in quotes because if there is no death then there are clearly no dead.

I no longer believed in life after death, I knew. There’s a big difference. A knowing changes the very core of your being. You can’t go back to who you were before, even if you tried. And you also can’t forget about your experience. 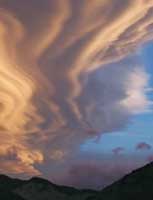 I soon realized that I had been given a gift and wanted to stand on the tallest mountain and scream, “Life never ends and love never dies.” However, I did the next best thing…I wrote a book called Visits from Heaven (4th Dimension Press). Not everyone is lucky enough to be given proof like I was, but I knew there had to be others out there. I searched for afterlife communication accounts around the world that were evidential. Every account in the book is backed up by some sort of proof. I also garnered the support of well-known experts such as Dr. Melvin Morse, PMH Atwater, George Anderson, and others, who contributed chapters to the book.

My life has taken a 180 degree turn, and I try not to look back, trying always to serve a higher purpose. I know now that life is so much more than it seems. We are all here for a reason and everything we do impacts everyone else. When our lessons are learned and our purpose met, we will return “home” to God. We are all eternal souls and are all part of God, Supreme Source, Universal Consciousness or whatever you choose to call Him. The body is just a jacket we wear so that we can roam the earth, experience life and learn lessons.

As Melvin Morse, renowned pediatrician and near-death researcher, wrote in his book Where God Lives (Harper One/2000), “I understood that man and everything else in the universe is a piece of God. As each snowflake contains miniature representations of the entire snowflake, and each strand of human DNA contains the code to create a unique human, we are all tiny pieces of God.”

Knowing that I am eternal and part of God has changed my life considerably. Since my experience, I understand that the only thing that matters on this earth is love. I used to be so consumed with my journalism career and making a name for myself. I wanted to make a lot of money and live an easy life. Today, I know that I had it all wrong. The most important thing that I can do in my life is help others. When it is my time and I watch my own life review, the money, career, and status will not matter one bit. What will matter are the times that I tried to help others and the differences I made. What will matter is the love that I shared.

I have continued to strive to share this message. My latest book, Visits to Heaven, has just been released this month and offers further proof that there is not just a here, but a hereafter. It contains not only incredible NDE accounts from around the globe, but many other mystical experiences including afterlife communications, deathbed visitations, and more. It is also backed up by stories contributed by some of the most respected names in NDE and paranormal research. Writing this book taught me a lot about myself. For one, I am so much more than I think; we all are. We are all one. We cannot help others without helping ourselves. The opposite is true as well. We can’t hurt others without hurting ourselves. In the end, nothing is without purpose.

Josie Varga discovered her passion for writing as a little girl growing up in Elizabeth, New Jersey. She went on to earn a degree in journalism and later became a successful communications consultant while authoring her first book, Footprints in the Sand: A Disabled Woman’s Inspiring Journey to Happiness, which was published in 2004. Since then, she has become a motivational speaker for overcoming life’s challenges and written several books including Make Up Your Mind to Be Happy: 105 Simple Tips. Her latest book, Visits to Heaven, published by 4th Dimension Press, is the long-awaited follow-up to her best-selling Visits from Heaven. Visit Josie's website www.josievarga.com .