Advanced Technology In Society—It Happened Earlier Than You Think!

While traditional scientists continue to reject the idea that technologically advanced societies existed, there is evidence to support the theory that amid the primitive humans and the earliest cultures, pockets of high sophistication could be found. Here are some examples.

Tamil Palm Leaf circa 300 BC

The so-called "Palm Leaf Manuscripts" of 5th-century BC, contain records of flying machines! Some of these flying vehicles were said to be able to "mount up to Surya mandala," meaning the solar region and the planets! And still others could go to the "Naksatra mandala," which is the region of the stars, the galaxy! One of the palm leaf manuscripts found in India is the Amsu Bodhini, which contains very detailed information about the planets. The information is so specific that only someone who actually traveled to the planets or sent flying machines to them could know these details. The information includes the different kinds of light, heat, color, and electromagnetic fields of the various planets, including Earth. And it also contains information about the methods used to construct machines capable of attracting solar rays and separating this energy into its components (as Cayce said the Atlanteans did with their crystals). It also includes instructions for the manufacture of machines to transport people to other planets. Amazingly, it details unknown alloys that the ancients used to construct invisible flying crafts-the human eye cannot see these alloys. 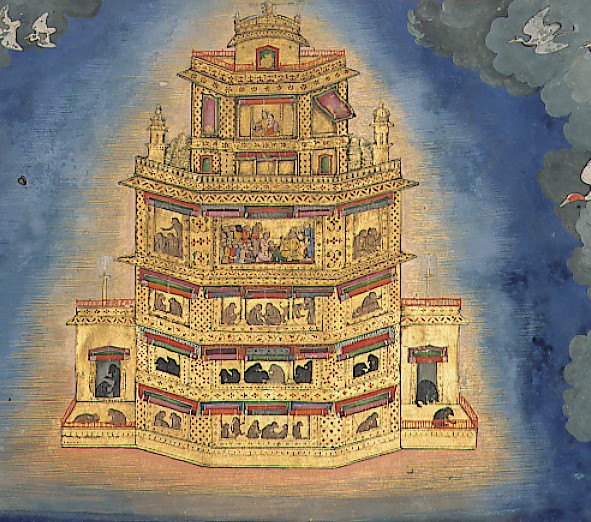 The Ramayana (Rama's Journey) is a Sanskrit epic poem (like Homer's Iliad and Odyssey) ascribed to the Hindu sage and Sanskrit poet Valmiki 5th to 4th-century BC, and he wrote: "The Pushpaka chariot that resembles the Sun and belongs to my brother was brought by the powerful Ravana; that aerial and excellent chariot going everywhere at will...that chariot resembling a bright cloud in the sky...and the King [Rama] got in, and the excellent chariot at the command of the Raghira, rose up into the higher atmosphere."


Cayce explained to a reincarnated Atlantean: "The entity was in the Atlantean land, during those periods particularly when there was the exodus from Atlantis owing to those activities which were bringing about the destructive forces. There we find the entity was among those who were not only in what is now known as the Yucatan land, but also the Pyrenees and the Egyptian. For the manners of transportation, the manners of communications through the airships of that period were such as Ezekiel described of a much later date." (1859-1, my italics)


And Cayce corroborated the strange alloys of the ancient sophisticates: "The metals that were used as the braces, these were the combinations then of what is now a lost art-the tempered brass, the temperament of that as becomes between aluminum (as now called) and that of uranium, with those of the fluxes that are from those of the combined elements of the iron, that is carbonized with those of other fluxes-see? These made for lightness of structure, non-conductor or conductors of the electrical forces-that were used for the impelling of same, rather than the gases-which were used as the lifting. See? For that as in the Nature's forces may be turned into even the forces of that that makes life, as given, from the sun rays to those elements that make for, or find corresponding reaction in their application of same, or reflection of same, to the rays itself-or a different or changed form of storage of force, as called electrical in the present." (364-6)


Now some researchers/writers have suggested that aliens may have played a significant role in humanity's evolution, and Cayce appears to agree: "The entity was among the priestesses of the Mayan experience. It was just before that period when those as from the east had come, and there were the beginnings of the unfoldments of the understanding that there were other portions of the same land, or those that were visiting from other worlds or planets." (1616-1, my italics)

In this next Cayce reading he indicates that we people of Earth are eventually going to meet "people of the universe": "Man may become, with the people of the universe, ruler of any of the various spheres through which the soul passes in its experiences. Hence, as the cycles pass, as the cycles are passing, when there is come a time, a period of readjusting in the spheres, (as well as in the little earth, the little soul)…" (281-16)


And as for us actively existing prior to incarnating into matter and getting trapped in the evolution up through matter, he gave this reading: "As it has been often presented by one school of thought, the dwellers upon the Moon (the satellite of the earth) preceded the abilities for matter (expressed in a form that is known as matter in the earth). And this entity was among those that so dwelt, and is influenced by two sojourns there [on the moon]." (264-31, EC's parentheses, my italics)


This blog was excerpted from the article Two Suns in Our Solar System! as published in the July-September, 2015 issue of Venture Inward Venture Inward is an A.R.E. Membership premium. Members may access Venture Inward online.

John Van Auken is a director at Edgar Cayce’s A.R.E., and is one of the organization’s most popular speakers, traveling throughout the U.S. and abroad to address audiences on the body-mind-spirit topics found in the Edgar Cayce readings. He is an acknowledged expert on the Cayce readings, the Bible, ancient prophecies, world religions, meditation, and ancient Egypt. He writes Venture Inward's Ancient Mysteries column and is the author of several books, including Edgar Cayce on the Spiritual Forces Within You, From Karma to Grace and Edgar Cayce and the Kabbalah.