The first in a series of discussions from the Cayce health readings.

More than 5 million Americans suffer from Alzheimer’s dementia, and it remains the sixth leading cause of death. The term "Alzheimer's disease" was not a formal diagnostic category during Cayce's lifetime; therefore, many of the health readings he gave which appear to be describing Alzheimer-type pathology simply mention “senility” as the problem.

There is a growing recognition of the complexity of major illnesses such as Alzheimer's dementia: the disease may consist of a group of related diseases with different causes, which result in the characteristic destruction of brain tissue associated with Alzheimer's dementia. Certain genetic variants seem to play a part in the disease development in some people. Researchers have not discovered a universal cause in all Alzheimer’s patients.

Like many of the other dementias, Alzheimer's disease results in the progressive loss of "higher" functions, such as thinking, reasoning, and memory. The deterioration is usually gradual, beginning with mild symptoms, such as forgetfulness of minor things like telephone numbers or dental appointments. As the nervous system becomes more incapacitated, patients are unable to process new information and may experience difficulty controlling their bodies. They may also exhibit deep depression, crying spells, or temper tantrums.

While the course of Alzheimer's dementia may vary in individual cases, the ultimate prognosis is the same—incurable, with progressive decline in functioning at all levels. Premature death can be expected, either as the result of the organic deterioration or by related syndromes that are caused or exacerbated by the dementia

Therapeutic options available for Alzheimer's dementia are mainly limited to adaptive measures. That is, when faced with an incurable progressive illness, the usual strategy is to minimize the effects on patient and family. Rather than directly treating the illness, therapy involves adapting to it.

These adaptive measures range from behavioral interventions (which organize and simplify daily activities) to general physical interventions (such as basic health maintenance). For example, basic health maintenance might involve bowel regulation; constipation is often a problem for persons suffering from Alzheimer's dementia. Dietary changes, drinking adequate water, and the use of laxatives can help to address this problem.

Individual counseling and support groups for caregivers are two additional forms of therapy that can facilitate the process of adaptation. For many families, institutional care (such as nursing homes) represents the final stage of adaptation.

Research has yielded some promising drug therapies over the years. Unfortunately, these drugs have not yet produced consistent results under the rigors of scientific standards of confirmation. Significant research funding is currently directed towards developing successful drug therapies for Alzheimer’s.

Recent novel experiments at Ohio State University and several other medical centers are exploring the use of deep brain stimulation (mild electrical shocks with surgically implanted electrodes) as a way to prevent memory loss in Alzheimer’s patients. It is interesting that the Cayce readings also suggest stimulating the electrical circuits in the brain through non-invasive electrotherapy. 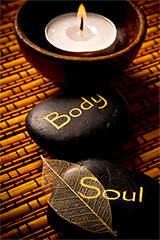 Edgar Cayce gave many readings for persons suffering from dementia. The readings are in close agreement with modern medicine on the physical pathology of the dementias.

Repeatedly, Edgar Cayce provided graphic descriptions of the nervous system deterioration indicative of these disorders. Often, Cayce's perspective was from the inside of the body, like a high-tech probe or brain scan. His portrayal of the delicate interactions within and between the nervous systems is particularly fascinating. The Cayce readings anticipated the results of modern brain research, which regards dementia as a progressive degeneration of nerve tissue in the brain.

However, Edgar Cayce's perspective goes beyond brain pathology. The Cayce readings discuss how the brain is dependent upon the rest of the body. Without the continual removal of metabolic waste and the supplying of nutrients, nerve cells in the brain will die in only a few minutes. Cayce explained that the various organs of assimilation and elimination are important in the cause and treatment of dementias such as Alzheimer's dementia. Cayce also emphasized the importance of “drainages” and nervous system coordination.

Edgar Cayce also recommended the use of electrotherapy to stimulate nerve regeneration. The use of psychological techniques such as hypnotherapy were suggested. Finally, the spiritual aspects of treatment were also strongly emphasized.

To summarize, Edgar Cayce provided numerous readings describing the pathological process and giving recommendations for the treatment of dementia. In general, his approach was to assist the body in cleansing and nurturing the nerve tissue in the brain by a variety of physical, mental, and spiritual therapies. In fact, Edgar Cayce even provided a “formula” for rebuilding the brain in cases of dementia.

CAYCE'S FORMULA FOR REBUILDING THE BRAIN

In reading 1800-16, Edgar Cayce laid out the basics of a treatment approach for dementia:


Adapted from an article by David McMillin.