For it is not all of life just to live, nor all of death to die.  For there is no death when the entity or the real self is considered; only the change in the consciousness of being able to make application in the sphere of activity in which the entity finds self.

No truer words could describe the puzzle on the very young face when they are born awake and aware—possessed of a consciousness that doesn’t fit the tiny body they now inhabit. Babies, toddlers, even children up to the age of five who have a near-death experience (NDE) stand out as suddenly different. . . at home, with parents and siblings, and at school with friends. They act as if possessed of a mind, a memory, that has no beginning or end.  What to make of this?

We know a lot about the near-death phenomenon thanks to Dr. Raymond Moody, Jr., and his best-selling book, Life After Life.  Since then, research has piled atop ever-growing studies, as gripping stories of experiencers now crowd bookstores, television documentaries, and sitcoms.  A veritable feast of findings now redefine deathbeds and worlds thereafter.  Yet we missed something.  We missed an in-depth investigation of the tiniest—those who had a near-death experience before, during or after birth—babies, toddlers, and kids up to five. This unique group tell us a different story, one we need to hear.

I first began researching NDEs in 1978, a year after having three of my own. I was told to do the work I have done by a special Voice I heard in my third episode. Because of this early experience, I have now amassed a research base of nearly 5,000 adult and child experiencers

With my Forever Angels project, I focused on the youngest experiences and three main challenges catch my attention:

We all love stories from innocents. They inspire us greatly. Then we walk on. Who pays any attention to their growing up years? With their families, siblings, friends, school, dating, sex, jobs, career, marriages, families of their own, abuse issues, drugs, alcohol, elder years—there isn’t much time!

Most begin abstracting before the first grade, are smarter than their peers. Oft-times smarter than teachers and parents. They display signs of synesthesia (as if their senses have blended:  such as seeing music, hearing numbers, smelling colors). The majority do not socialize well, yet they are unusually curious, intuitive, and creative.

FOREVER MISS “HOME” (the greater collective they know is real)

They can feel lonely or suicide prone, not in a sense of grief, but, rather, home-sickness. Awareness of a life continuum is more to them than earth life, even if they have a loving family. The younger the child the less likely they are to “bond” with parents after their episode.

The Forever Angels is a duo project.  The first part was done in the ‘80s and published as The New Children and Near-Death Experiences. This involved 277 experiencers, most under the age of seven, the other between three to five years. Participants at the time they were interviewed were mostly teens and young adults. Looking forward in life.

The second project was recently completed and involved 120 people:  a truly diverse group—the oldest 86, youngest 21, with the majority in their senior years. Each verified that they had a near-death experience as a babe or tiny tot, then answered two questions:  Did their very early near-death experience have any effect during the course of their life? Looking backward over a life.

Once such an invitation was available, they poured in! A woman on food stamps pinched enough pennies to buy the stamps she needed to mail me her submission. And she wasn’t the only one to speak from the depths of poverty—smiling because at long last someone cared enough to ask why she was so different from everyone else.

What I learned, and quickly, (from both studies) is that the very young are seldom ever given any reason why they must leave the otherworld to live in this one. Yes, some claimed to know why and especially to “those” parents, but the majority did not, nor were they cognizant of anything like reincarnation.

The larger number were simply attuned differently. They had been and still were part of a collective, a consciousness so vast it was beyond description. They saw their current life as a dip in the flow, a chance to broaden or diminish the eternal light they were and still are. But this dipping in and out of the life continuum was not a given. Rather, it was more of an opportunity, an exercise in mind training. . . to become more fully expressed in consciousness.

This double-tiered-study enables us for the first time to have a way to recognize and investigate the long “arm” of aftereffects and the confusion this can cause. Most child experiencers are not comfortable around adult experiencers. They consider the mantra “love and light” echoed by most to be not only strange, but a little ridiculous!  A child experiencer wants to explore, experiment, and learn better ways of living here and being who they are. They had trouble dating when young because they knew what was going to happen before it did, so, why bother? They were bullied in school because they knew more than others, especially the teacher.  Seldom did they fit the family unit – often they neither looked or acted like their siblings. Rejection came to be commonplace throughout life; the desire to leave, to go back, equally commonplace. We forget how a child thinks (no matter how old the child experiencer becomes). Suicide to them is not harmful or bad, it is simply a way to get back to where they once were. (Teaching them visualization techniques can lessen or cancel this desire.)

The difference between adult experiencers and child experiencers is vast.   An adult can compare “before versus after,” but a child has no “before.”

Child experiencers, especially the youngest, go through a shift in reality BEFORE they know much about what that reality is.  Out-of-body experiences, for example, are so vivid and so real to a child that most are incapable of telling any difference between what they see and what anyone else can see.

What if the world around us does not match what we see, what we hear, what we touch, what we feel, what we know? Many of the child experiencers in this study were pre-verbal when their episode occurred—yet they had no problem whatsoever recognizing what was going on. They were abstracting before the first grade, yet had to deal with learning reversals at school and at home. Many never knew, nor did they understand what a human being is or how to be one. They tumbled in life, sometimes through feelings of guilt or a sense of betrayal—neither of which had anything to do with their family, their home, their school, their jobs growing up, sex or the lack of it, relationships, marriage, their own children, becoming elders. All of this disguised the real issue.  IT’S ALL ABOUT HOME! Guilt for wanting to go back. Betrayal for feeling kicked out.

The aftereffects of near-death states for the very young can seem as if a form of PTSD (Post Traumatic Stress Disorder).  Yet, symptoms/diagnosis of PTSD fail utterly to recognize or address that the majority became more spiritual afterward.  The youngest of the young know that the soul is absolutely real—not some appendage, or ghostly figure, or trick of the mind.  The “who they are” connects with “the soul of them.”

They tell us that there is an ongoing stream of consciousness, that past/ present/future are but one continuous reality, that time does not exist, and that consciousness itself is apart from the brain. . . since brain is but an instrument consciousness uses to make earth life possible. The majority of “birthers” (those who had their near-death episode connected with birth or shortly thereafter) were born awake and aware.

The near-death experience for the very young is but an expression of consciousness, flowing like a river of high and low currents, continuously widening knowledge and experience. Their truth challenges our idea of what life is, in similar ways to the deeper teachings of Edgar Cayce, himself one of the “forever angels.” 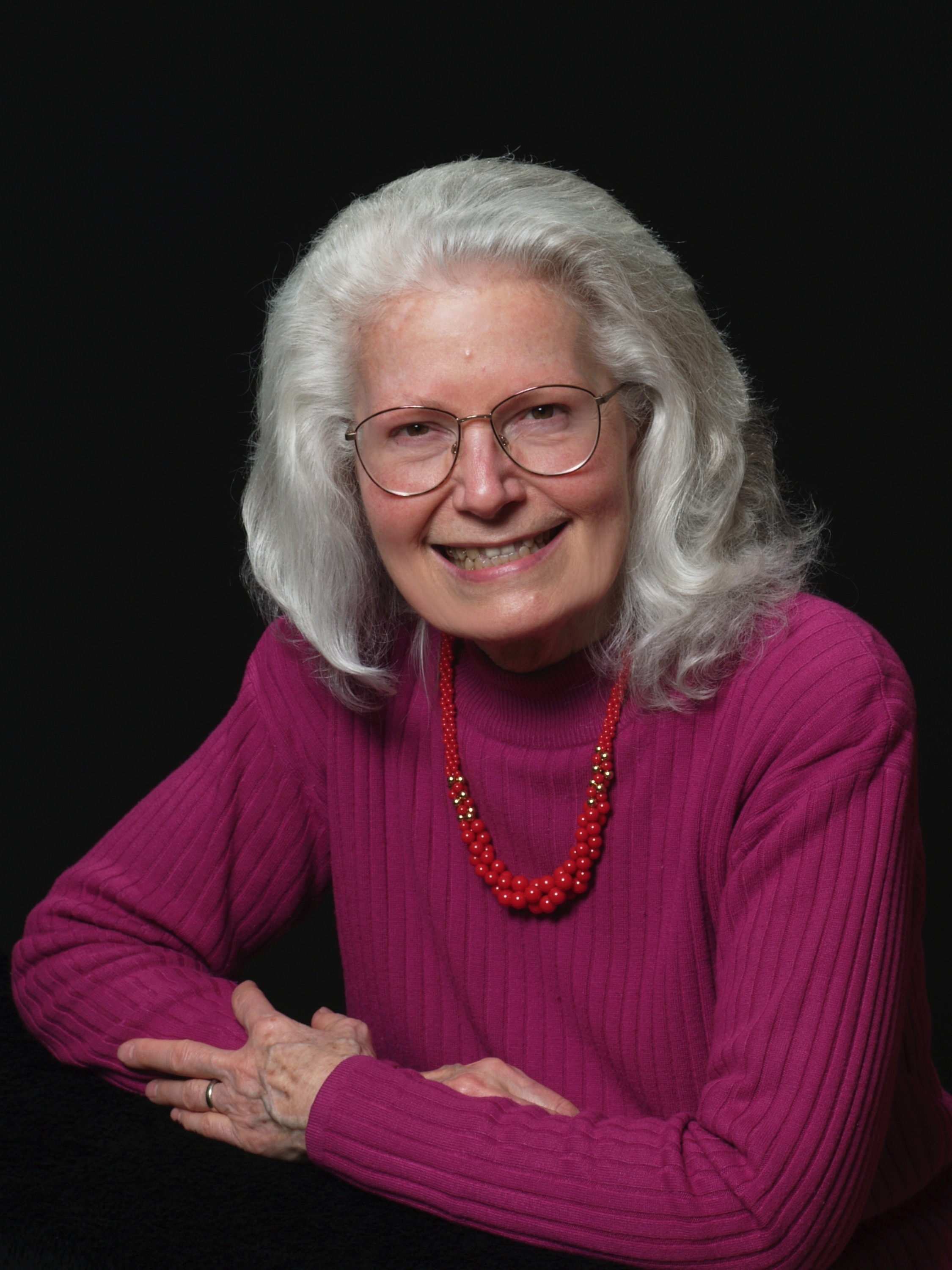 P. M. H. Atwater, L.H.D., had three near-death experiences within three months in 1977. One of the original researchers in the field of near-death studies, she began her examination of the phenomenon in 1978, and has completed 18 research projects on or related to the subject. Some of her findings have been verified in clinical settings, among them the prospective study done in Holland and published in Lancet (12-15-01). To date, her work covers nearly 5,000 adult and child experiencers. She has won many awards. The Forever Angels is her latest work. She is also the author of We Live Forever, published by A.R.E. Press.