I recently found myself in the local emergency room for chest and abdominal pains. One doctor thought my symptoms were heart related, another thought it was my gallbladder. As I awaited testing to determine the cause of my discomfort, I turned to the Edgar Cayce readings. Having been raised in a “Cayce Home,” I have been trained to turn to the information located within the readings for guidance. Fortunately, this time I was able to access them from my hospital bed.

Over the last 20 years, the accessibility of the Edgar Cayce readings has changed drastically. I still remember when the readings were being cataloged in a DOS database. Today, members from all over the world can access the readings from a computer or tablet. The A.R.E. Member-Only Section has an array of information, including all 14,306 documented readings as given by Edgar Cayce.

Although the readings are easily accessible, searching for specific information can require a bit of finesse. With some of the readings being over 100 years old, it can be daunting to find information on current medical conditions. 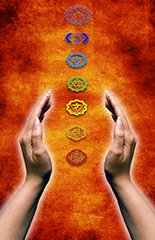 Just because a word or phrase is not searchable in the readings, does not mean there is no information on that topic.

A perfect example is “chakra.” There is extensive information in the readings regarding chakras, but you will not find the word “chakra” in any of them. Cayce referred to chakras as spiritual centers within the body. The word chakra was not a common word during his time. With this in mind, I find it easier to search for symptoms or terms rather than specific names.

While lying in my hospital bed, I accessed the readings with my tablet. At first I decided to focus my efforts on the gallbladder. Proving my point, gallbladder was not in the readings, but I did locate information regarding the “gall duct.” I had already come to the conclusion that I needed to start using castor oil packs to aid in eliminations. The readings I looked through supported this idea. I was also able to make some personal connections with people who had suffered similar ailments and sought out help from Cayce.

Those properties in the diet and the applications which have been taken for the allaying of those tendencies we would keep. Also we would apply Castor Oil Packs over the caecum and the gall duct or lacteal duct area, periodically; at least an hour each day for four days in succession, then a rest period of a week, and make the applications again—for at least three or four such rounds. (2441-3)

Within an hour, I had found information in the readings to relieve my symptoms. From my hospital bed, I was able to plan a course of action to heal my body. Twenty-five years ago, I would have had to locate books in libraries and request A.R.E.’s circulating files (readings categorized into booklets by topic) to find this same information—taking days, weeks, or even months to gather what I found in a matter of minutes.

I am personally grateful for the invaluable information contained within the A.R.E. Member-Only Section. Whatever arises, I know I can research the readings for answers and guidance. Today, the readings are helping thousands throughout the globe. Cayce would have been delighted to know that his work can be accessed from hospitals all over the world as well. 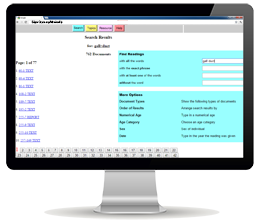 Deirdre L. Aragon is a Laguna Pueblo Indian, who spent the early years of her life on the Laguna Pueblo Reservation in New Mexico. Her paternal grandmother and aunt, who were tribal healers, taught Deirdre the wisdom and teachings of her tribe. She was raised in a home where metaphysical principles and holistic healing were accepted and practiced as a way of life. During a near death experience when she was ten years old, Deirdre was given the “mark of the shaman” from the Spirit World. Accepting her abilities, Deirdre has designed several healing techniques based on her personal experiences and knowledge gained through various sources and is an active speaker. She participated in A.R.E. Search for God Study Groups since she was a child and she is currently working with the Edgar Cayce Oahu Team. Deirdre currently resides in Oahu with her family. You'll find her website Noble Minds, a companion on the path of enlightenment, online at Noblemindsllc.com.