One of Edgar Cayce’s many predictions is coming true, and scientists are reporting that the change is moving faster than ever before.

Researchers at the National Oceanic and Atmospheric Administration (NOAA) headquartered in Silver Spring, Md., and at the British Geological Survey in Edinburgh, Scotland, have alerted the scientific community that their World Magnetic Model, which chronicles Earth’s magnetic field and underlies all modern navigation (systems that guide airplanes, steer ships at sea, and create Google Maps on smartphones, etc.), is so inaccurate that it is beyond acceptable limits for guiding navigation. Why? Because our planet’s molten, liquid-iron core, which generates most of Earth’s magnetic field, is shifting faster than anticipated.

The scientific journal Nature (Nature 565, 143-144, 2019) announced that, "in the mid-1990s it [the movement of the magnetic field] picked up speed, from around 15 kilometers (9.3 mi) per year to around 55 kilometers (34.2 mi) per year. By 2001, it had entered the Arctic Ocean—where, in 2007, a team" of geomagnetists from the University of Colorado Boulder and NOAA" landed a plane on the sea ice in an attempt to locate the pole. In 2018, the pole crossed the International Date Line into the Eastern Hemisphere. It is currently making a beeline for Siberia."

“The location of the north magnetic pole appears to be governed by two large-scale patches of magnetic field, one beneath Canada and one beneath Siberia,” says Phil Livermore, a geomagnetist at the University of Leeds, UK. “The Siberian patch is winning the competition.”

What does all of this have to do with Edgar Cayce’s prophetic visions? In his reading 378-16, Cayce spoke about the testing period that would end and the shifting of Earth’s poles that would begin. Remember, the geomagnetists are now reporting that the magnetic North pole movement began, "in the mid-1990s." Here’s Cayce’s statement:

…begins in ‘58 and ends with the changes wrought in the upheavals and the shifting of the poles, as begins then the reign in ’98, as time is counted in the present.

In a follow-up Cayce was asked about this: “What great change or the beginning of what change, if any, is to take place in the earth in the year 2000 to 2001 AD?” Cayce answered:

When there is a shifting of the poles; or a new cycle begins.

There will be shifting then of the poles – so that where there has been those of a frigid or the semi-tropical will become the more tropical, and moss and fern will grow. And these will begin in those periods in ‘58 to ‘98, when these will be proclaimed as the periods when His light will be seen again in the clouds. As to times, as to seasons, as to places, alone is it given to those who have named the name – and who bear the mark of those of His calling and His election in their bodies. To them it shall be given.

In these three discourses, Cayce predicts that the shifting of the poles began in the latter year of the 40-year testing period from ‘58 to ‘98, culminating in the actual and noticeable shifting in 2000 to 2001.

NOVA, the PBS television program from WGBH in Boston, announced discoveries about our planet’s magnetic poles and field. The program was titled “Magnetic Storm” and was written and produced by David Sington, author of Earth Story: The Forces That Have Shaped Our Planet. In this NOVA show, scientists explained that “2,000 miles beneath our feet is the earth’s molten core. Here a vast ocean of liquid iron generates an invisible force, the earth’s magnetic field. It’s what makes our compasses point north. But it does a lot more: it helps to keep the earth a living planet. Our neighbors, Venus and Mars, have only weak magnetic fields, which means they’re unprotected from the deadly radiation sweeping through the solar system. Earth, on the other hand, exists within a vast magnetic cocoon, a force-field that for billions of years has sheltered us on our journey through space.”

Not only is the magnetic pole shifting, it is wandering in unpredictable ways. For example, in 2016, the churning molten liquid under northern South American and the eastern Pacific Ocean accelerated—the European Space Agency’s satellite named "Swarm" tracked the event. It occurred for no known reason. Well, Edgar Cayce gave us the reason, and it is surprisingly us! Cayce has indicated in many readings that attitudes and emotions among the Children of God inhabiting the planet, that’s us in case you have forgotten, actually affect Earth’s vibes. You think you are upset about what is happening in our world and the polarization of people into separate groups, well Mother Earth is just as upset. The problem is when she moves, it changes our world. Remember Lemuria and Atlantis? In reading 5757-1, Cayce actually attributed those giant explosions on the Sun (sunspots) to attitudes and emotions on earth! We need to help unite the Children in peace and harmony. How? The secret has been known for centuries, and Cayce repeated it:

That which has prevented and does prevent the whole of civilization becoming a turmoil is the attempt of those who have the ideals of the Prince of Peace at HEART! And as of old, the prayers of ten may save a city; the prayers of twenty-five may save a nation – as the prayers and activities of ONE may! but in union there is strength. Then if that purpose would be kept, then it must ever be kept in mind that we ARE our brother’s keeper! 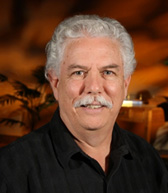