Claiming the Most Special Hour of the Day
By Mark Thurston, PhD

The best hour for meditation is two o'clock in the morning. The better period would be that…in which the body and mind may be dedicated to that.
(Edgar Cayce Reading 2982-3) 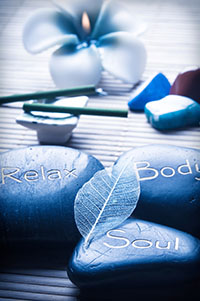 I am not sure when I first heard this strange idea about an optimal time for meditation. It was probably more than 45 years ago-at one of my first A.R.E. conferences, or perhaps at a meeting of my first A Search for God study group. Get up in the middle of the night and meditate at this time that is perfectly suited for attunement and personal transformation. I am sure my initial reaction was similar to what most anyone else would say or think, "Oh, sure, that sounds great, but there is no way that's going to happen for me!"

But in spite of my early reluctance to embrace such a radical project, I have had periods in my life where I did, in fact, become a devoted practitioner. And I have come to believe it may be one of the most powerful and accessible tools for transformation that Edgar Cayce ever mentioned. Let's consider what he had to say. I hope it will convince you to give it a try.

In one reading, a 35-year-old woman asked, "What are the best hours for meditation?" His answer gave a specific time and emphasized dedication:  "The best hour for meditation is two o'clock in the morning. The better period would be that which will be set as a period in which the body and mind may be dedicated to that." (2982-3) The same advice was given to the original A Search for God study group when they tried to find a time to meditate together daily. But was 2:00 a.m. the only time when everyone was available? Or was there a deeper spiritual or even physiological significance? 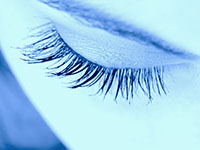 Cayce may have been pointing to a profoundly important fact of our evolutionary history and the way our brains are designed to operate. Scientific evidence for this possibility emerged more than four decades after Cayce's death. In 1992, psychiatrist Thomas Wehr published a study in the Journal of Sleep Research in which he reported on a month-long study done with volunteers who were placed in a controlled environment that had 14 hours daily of darkness. For the first few days the subjects slept an average of 11 hours, seemingly compensating for their longstanding sleep deprivation. By the fourth week a new pattern emerged: approximately four hours of sleep followed by a natural awakening for one or two hours, followed by another phase of about four more hours of sleep. That intermediary period was characterized as a period of quiet wakefulness or calmness that could be likened to meditation.

Approaching this as a historical issue, Professor Roger Ekirch's book At Day's Close: Night in Times Past describes the extensive evidence that before the modern era of electric lighting, people naturally slept in a pattern like the one Wehr had discovered in his lab: a "first sleep" for four or five hours, then a calm, meditative-like wakefulness for an hour or two, and finally a "second sleep." It sounds like Cayce's advice about a best time to meditate was really just an invitation back to making the best possible use of an hour that is already embedded in our ancestral DNA.

So why is it so hard to say "yes" to this advice? Surely, our modern culture of 24-hour news and entertainment provides a strong force to counter this innate tendency to 2:00 a.m. wakeful calm. In his recent book Waking Up to the Dark: Ancient Wisdom for a Sleepless Age, Clark Strand makes an impassioned plea for us to have the discipline to disengage from our computer screens and TVs in the evening and to reconnect with the natural rhythms of light and dark. In fact, he makes the case-without any reference to Edgar Cayce's work-that the survival of our civilization depends on our willingness to embrace the darkness, to reclaim the ancient wisdom of the goddess, and to make optimal use of that hour in the middle of the night when we are called to wakefulness.

Maybe you feel you want to experiment with this in your own life. Try it for 28 days. Even if you don't feel ready to make such a commitment, you'll probably still have those nights when you wake up at 2:00 or 3:00 a.m., and perhaps you can reframe what is going on. Instead of insomnia, you can see it as an opportunity to commune with God in the silence of the night.

It's just the way that thousands of years of human history have programmed your brain and hormonal system. It's an opportunity to use that time wisely, and there's no better use than a meditation period on those nights.

Mark Thurston, PhD, is an author, psychologist, and educator who worked at A.R.E. and Atlantic University from 1973 through 2008. He is now a faculty member at George Mason University's Center for the Advancement of Well-Being where he teaches courses about consciousness, mindfulness, and spirituality; he is also the creator of "Discovering Your Mission In Life" on DVD. More about his work can be found at MarkThurston.com.