In my opinion, the question “What can you tell me about Gail?” was a valid one that should be of considerable concern to my father if, indeed, it is he who is attempting communication and provided, of course, that he is in touch with the family activities, as is the claim in most of these purported communications. Gail, as many people know since I have begun to relate this story, is Edgar Cayce's granddaughter who is making a recovery from physical difficulties by following the Edgar Cayce readings. She is, at present, working in the office of the Edgar Cayce Foundation in close association with Gladys Davis Turner, Edgar Cayce's secretary for many years. Gail was born after Edgar Cayce's death in January 1945. 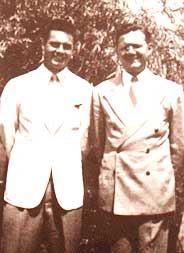 In the book, The Outer Limits of Edgar Cayce's Power, my brother, Edgar Evans Cayce, and I have dealt with five types of readings given by Edgar Cayce which, in some instances, do not seem to be correct in the information given. In the chapter, “The Nature of Psychic Perception,” we discuss the possible sources of Edgar Cayce's psychic data. We describe one of these areas as a world of thought form. The world of thought form may be identified by many different terms—the stream of mind, the universal mind, the Akashic Records.

In giving the interpretations of the records as we find them, these are written upon the skein of time and space by the activity of the mental self. For the superconscious mind becomes the mind of the soul in those interims between material manifestations and the cosmic or universal manifestations - yet these are one. For it is as the activities of a day, of an hour - the reactions from same are dependent upon what has been builded in the consciousness of the soul. Thus these become, as here, a part of the whole entity's experience in the material sojourns. (Reading 3605-1)

And in another place:

Conditions, thoughts, activities of men in every clime are things; as thoughts are things. They make their impressions upon the skein of time and space. Thus, as they make for their activity, they become as records that may be read by those in accord or attuned to such a condition. (Reading 3976-16)

Apparently, we are not able yet to measure thought energy as accurately as we may be able to do in the near future. It would seem that thoughts, especially heated, highly emotionally charged thought patterns, actually shape a finer kind of matter which is moving so fast that our senses are not able to perceive it. Sense perception is possible by an individual who has altered his state of consciousness and can thus tune to these higher vibrations.

Each of us as individuals must come to grips with our own personal experiences involving survival. It is here that I, myself, have found the greatest source of consolation and understanding. Frequently such personal experiences do not constitute evidence for anyone else, and such experiences will not deter me from further investigation, searching out measurable evidence for survival. However, as any investigator knows, if telepathy and clairvoyance are allowed as possibilities, survival evidence is tenuous, at best. I have had dreams of both my mother and father since their death, dreams which have been so vivid and so helpful that they do constitute, for me, proof of their survival of bodily death. I have also had some conscious breakthroughs—small visions one might call them—which have sometimes involved more than one person. They have brought me and those with whom I am closely associated physical, mental and emotional help that has been most compelling. For the present, these experiences are too personal to relate in detail. 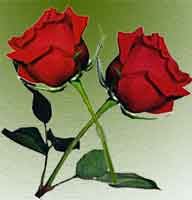 There is one peculiar story I would like to share with you in closing. It involves my mother, Gertrude Cayce, who had many readings from Edgar Cayce during her lifetime. In one of these she was given a life-seal. It consisted of symbols which Edgar Cayce suggested be painted or embroidered and kept where she could see them. This combination of symbols, he said, would speak to her unconscious and would be of help to her. A friend painted the life-seal for her, combining the suggested symbols which included two red roses with crossed stems. The reading indicated that the roses would stand for my brother and me. When my mother died, this life-seal was on her dressing table.

Shortly after her death and while I was still overseas during World War II, Florence Edmonds, a close friend of my mother, had a dream in which my mother appeared to her and said, “When I communicate with Hugh Lynn, tell him that I will give him two red roses.”

Upon my return from overseas, Florence told me of the dream. She said she had not told the dream to anyone else. I asked her to keep it to herself. A few years afterward she died. As time went on I looked in the numerous purported communications from Gertrude Cayce, for the symbol of two red roses as identification. They were not given.

About three years ago I had a call from a man in a large eastern city who told me a strange story about his wife who had gotten into difficulties from playing with a ouija board. She had been directed to automatic writing, after which she began to hear voices. She talked to her doctor about this, and he put her in a mental institution for a time where she was treated to help rid her of the voices. Her husband told me she was back home again and that she was still hearing the voices but was no longer telling her doctor about them. Apparently she had got hold of my book Venture Inward, and had asked her husband to call me to ask if I would talk with her on the telephone, allowing her to describe what the voices were saying to her. She felt I might be able to help. That same day I accepted a long distance telephone call from the man and his wife. He was on one extension and she was on another. For some ten minutes I listened to her repeat the strange, confusing pattern of words she seemed to be hearing—idle gossip, dirty stories, dire predictions, teasing kinds of comments about the lady personally. It was a bewildering variety of nonsense, typical of the strange patterns of voices familiar to many disturbed people. Suddenly the woman stopped. Then she said, “Mr. Cayce, your mother says to give you two red roses.” She then
hung up.

There is a rather beautiful conclusion to this story, for at that point, the voices which had been disturbing the woman ceased.

Hugh Lynn Cayce (1907-1982) was the eldest son of Edgar Cayce and a leading thinker, author, and spokesperson for psychological and paranormal subjects. Before his death, Hugh Lynn served his father’s Association for Research and Enlightenment, Inc. (A.R.E.), as chairman of the board. He was also author of the book Venture Inward, an examination of safe and unsafe methods of exploring personal psychic experiences and The Outer Limits of Edgar Cayce’s Power which explores the relatively small number (200) of readings that appeared to be inaccurate.