The third in a series of discussions from the Cayce health readings. 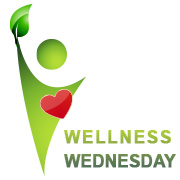 Coronary heart disease (CHD) causes 25% of all U.S. adult deaths and is the number one killer of both men and women. The small coronary arteries that supply the beating heart with oxygen become partially or completely blocked with calcified and fibrotic fatty deposits (atherosclerosis). When the heart muscle doesnt receive enough oxygen, the person may experience chest pain and a heart attack.

Edgar Cayce gave 54 readings encompassing the full range of this disease process: from those he warned of the early stages of atherosclerotic plaque formation, to one man who had already had two heart attacks. The Edgar Cayce readings propose that these "growths ...of an insidious nature" result from a combination of poor eliminations, an unbalanced circulation, and a diet productive of an "excess of avoirdupois" or fat in the bloodstream.

The readings describe two factors that play a role in developing atherosclerotic plaque: diet and improper balance in fat digestion. First was diet, which is now known to play a direct role in determining our blood cholesterol levels. The Cayce readings consistently recommended a diet that recent discoveries have shown to lower blood cholesterol.

The second factor, balance, is a bit more complicated.  A combination of factors in the body could produce "a lack of balance in the chemical forces of the assimilating system" and affect the lacteal ducts in the small intestine. The majority of fats—unlike proteins and carbohydrates, which go through the bloodstream to the liver—are absorbed through the lacteal ducts into the lymph circulation before eventually joining the blood. Cayce implied that fats at times were absorbed incorrectly and that this could also contribute to the formation of these "lymph pockets" (a fascinating reference to the atherosclerotic plaques since the lymph carries the digested fat). The liver and colon are unable to process the fatty toxins that form the atherosclerotic lesions and, in the later stages of the disease, place a direct burden on the heart.

The Cayce readings were ahead of their time (1905-1944) in describing the important lifestyle changes that doctors recommend today. Recommended dietary changes—eliminating red meat and fried foods, adding healthy monounsaturated fats, eating more fish—certainly are in line with current studies that emphasize a plant-based "Mediterranean" diet with no processed or fried foods. The readings also encouraged daily exercise and outdoor activities to prevent heart disease. The Cayce materials and modern medicine also agree that stress reduction and a positive attitude are important in decreasing the chances of dying from this common disease.