Diagnosis from a Single Drop of Blood
By Kevin J. Todeschi

A recent article from The Wall Street Journal titled “Elizabeth Holmes: The Breakthrough of Instant Diagnosis” sounded eerily familiar. In the article, dated September 8, 2013, Joseph Rago interviewed Elizabeth Holmes, a 29-year-old chemical and electrical engineer and entrepreneur, about the company, Theranos, that she founded in 2003. Theranos is developing an entrepreneurial invention that could revolutionize medicine and diagnose any illness by processing more than 1,000 laboratory tests on a single drop of blood. Ms. Holmes's long-term goal is to provide cost effective, highly accurate, and simple diagnostic services to every American home. 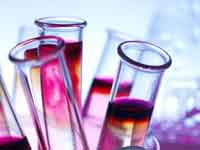 More than 85 years ago, Edgar Cayce went into a trance-state to help a 46-year-old woman suffering from pelvic tumors and ovarian cysts. During the course of the woman’s psychic reading, Cayce foresaw the use of blood as a diagnostic tool, and even the possibility of diagnosing any illness from a single drop of blood:

“For, as is seen, there is no condition existent in a body that the reflection of same may not be traced in the blood supply, for not only does the blood stream carry the rebuilding forces to the body, it also takes the used forces and eliminates same through their proper channels in the various portions of the system… Hence there is ever seen in the blood stream the reflections or evidences of that condition being carried on in the physical body. The day may yet arrive when one may take a drop of blood and diagnose the condition of any physical body...” (Reading 283-2)

Although it may have seemed like science fiction in 1927 when the reading was given, this possibility has become scientific fact for many illnesses today. Blood tests are commonly used to diagnose diseases including cancer, AIDS, diabetes, anemia, and coronary heart disease. Tests can evaluate the function of organs including the kidneys, liver, thyroid, and heart, and even screen for risk factors for heart disease. With developments in technology especially those offered by Theranos, we now appear to be moving even closer to possibility of diagnosis of any illness from a drop of blood as predicted by Edgar Cayce.

Nearly 70 percent of the Cayce readings were concerned with the diagnosing of disease and the outlining of treatment. These readings are still being studied in Virginia Beach, Virginia, and around the world (with access to all of the readings via our member-only section and on the DVD-Rom). For many, Cayce was a last hope for an illness diagnosed by renowned medical institutions as incurable. While he had no medical training, when he entered into a trance-like state, he was able to tap into an endless source of health information. He could accurately diagnose illness and prescribe treatment for people he had never met or seen.

Since 1901, the information in the Cayce readings has been explored by individuals from every imaginable background and discipline. Throughout the last 100 or so years, the vast scope of information that was offered by Cayce has come to the attention of educators, historians, theologians, medical professionals, and scientists. No doubt, part of the attraction has been that regardless of the field of study, Cayce has continually proven to be years ahead of his time.

Kevin J. Todesch is the Executive Director and CEO of Edgar Cayce’s A.R.E. and Atlantic University, as well as a popular author and conference speaker. As both student and teacher of the Cayce material for more than thirty years, he has lectured on five continents. A prolific writer, he is the author of twenty books including best-sellers Edgar Cayce on the Akashic Records, and Edgar Cayce on Vibrations. His latest book, Edgar Cayce on Auras & Colors: Learn to Understand Color and See Auras was written with professional psychic Carol Ann Liaros and explores tools for seeing the human aura and for understanding the interpretation of color.