Nestled somewhere deep within the vaults of the A.R.E. in Virginia Beach lie the original Cayce readings on Radionics/Etheronics. The material is powerful and profound—yet few people have taken the time to delve deeply into its contents. Why is this so?

Most of the readings on this topic, forty in all, were based on the development and application of a controversial machine that was both challenging to build and difficult to use. It was designed to measure the radiation coming from the human body and use this information to diagnose diseases. Those who experienced radionics treatments found them to be effective, but it was not a quick process. Multiple sessions were needed to get the person back in balance, and few had the time or money to give it a chance to work.

Over the years, the device struggled to gain widespread adoption, and so it is understandable that many researchers of Cayce’s readings might be left scratching their heads trying to figure out how to apply this material in their daily lives.

To understand what has changed, it is important to revisit the basic principles underpinning the Radionics material—namely, that everything in the universe is electrical or vibrational in nature, and that health and illness in the body is a matter of vibratory rates. According to Cayce:

…the body from the electrical standpoint is as a magnet and through the etheronic energy is being accorded the proper vibrations as to make for perfect coordination of all the organs, or all glands, of all functionings in the system.

Simply put, a person gets sick when the body as is no longer attuned to its optimal vibration.

The radionics machine was effective in restoring balance to those seeking help because the operator was able to tune the energy to the right frequency and bring the body back into harmony. But what if there were a simpler, more affordable tool that could operate off the same basic principles and deliver similar results? What if a pendulum could do the job? What if the effectiveness of the device has more to do with the at-tune-ment of the operator itself?

I have found that this is exactly the case. According to an article published in The Beacon newspaper in Virginia Beach in 1974, Dr. William Tiller—who at the time was the chairman of the department of material science at Stanford University—was quoted as saying: “Radionics is an intuition training device. Basically, the human being is the instrument and the device helps the individual to attune. The operator is key, not the device.” He further added: “My own feeling is that it’s tomorrow’s physics.” (Radionics/Etheronics A.R.E. Circulating File, p.76)

This view was echoed throughout the readings, where Cayce made it clear that success depends on the technician:

It is a good instrument, but about one in five hundred will know how to use it.

So what determines whether a technician is effective or not? The starting point, according to Cayce, is:

First, FIND SELF! Know the standards of self’s life, the ideals of the mental and spiritual body; that you may be well-grounded in truth, that there may be that which is ever constructive and for the good of the many.

Practitioners seeking to do this work and be of service to others were encouraged to take one step at a time—starting at the bottom and learning first the basic principles:

Do not attempt to take the graduate course when the primary is most necessary.

That said, anyone can learn to work with a pendulum and their own attunement.

You have, as has been given, a most worthwhile, a most WORTHY thing that you are working with, that may bring to thousands life, hope, energy that will make for a regeneration in the minds and the hearts and the directions of soul forces of human beings. 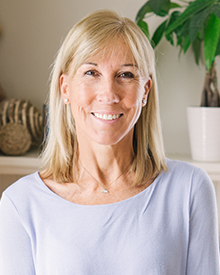 Anne Avidon has a degree in clinical psychology and a master’s degree in business. While working as a Vice Consul and Head of Global Health Innovation for the British Government, she attended a class on Radionics taught by clairvoyant and educator, Ellen Tadd using a methodology created by Tom Bartlett. Tom practiced holistic medicine through the medium of the pendulum and homeopathic medicine – a science known as medical radiesthesia.

Several years later, Anne learned that Edgar Cayce had produced a body of work on Radionics/Etheronics, and incorporated this material into her own Radionics practice. At the end of 2016 she left the British Government and decided to pursue this work full time, combining the Edgar Cayce readings with Tom Bartlett’s methodology and her own treatment protocols. She now devotes her time to teaching people how they can use this tool to improve the quality of their lives in immeasurable ways.

See all by Anne Avidon 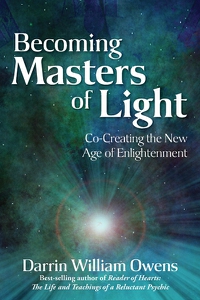 Co-Creating the New Age of Enlightenment

Psychic intuitive and spiritual teacher Darrin Owens calls readers to take action and fulfill their life's purpose by becoming a builder of wisdom and a master of light. Learn to focus your spiritual potential for yourself and others.