Edgar Cayce on the Oneness of Spirituality
By Kevin J. Todeschi

Perhaps one of the greatest challenges we face as a human family is balancing our differing religious ideologies with the connectedness we share as children of ONE God. This challenge is not only evident between various faiths but it is evident within individual faiths as well. The premise of "oneness" contained in the Edgar Cayce material provides an approach to spirituality that can bring humankind together rather separating us because of our differences. 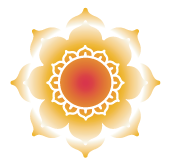 One of the most surprising experiences of religious contention that I ever witnessed occurred on a trip to Jerusalem. It was there that I saw firsthand how various religions were at odds with one another within their own faith! Some Jews didn't consider other Jews religious because of their approach to diet, to clothing, or to the Sabbath. Some Muslims were appalled by the apparent apathy (or the emotional intensity) of their brothers to Islam itself, to what they saw as the place of women, or to their overall relationship with the Jews. But for me the most disturbing event was occurring right within some of the Christian churches. At a number of revered sites, disputes had arisen as to which Christian denomination "owned" which portion of the church. In response, each denomination had built its own altar – so that one church might have three or four or even five specially designated altars. Those portions of the church which remained still in dispute were often unkempt, so much so that the disputed floor remained dirty, the dust on the walls grew thick from disregard, and even burnt-out light bulbs were not replaced.

On one occasion when asked what to do about individuals who became interested in a religion that was different than one's own, Cayce replied:

"… what is the difference? As He has given, it will ever be found that Truth—whether in this or that schism or ism or cult—is of the One source. Are there not trees of oak, of ash, of pine? There are the needs of these for meeting this or that experience … Find not fault with ANY, but rather show forth as to just how good a pine, or ash, or oak, or VINE, thou art!" (Edgar Cayce reading 254-87)

What this suggests is that the various religions (and the differing opinions within religions) are not in existence because of God but instead because of so many differing personalities trying to understand their individual relationship with God. From Cayce's perspective, religion is the form in which individuals attempt to understand the manifestation of this Spirit. God can (and does!) work through every soul in the earth. 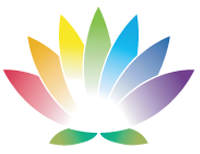 On another occasion while discussing religious differences, Cayce stated that regardless of the religion, it was important to keep in mind that there was only one God—each individual was essentially attempting to understand that one God to the best of her/his ability. In the language of the readings: "For whether they be Greek, Parthenian, [Parthian] Jew or Gentile—whether they be of Mohammed, Confucius, or even Shinto or On or Mu—the Lord, the God, is ONE!" (1494-1)

Regardless of the name we call God or the religion on earth that we feel drawn to, there is but one Creator, one Source, one Law. In fact, perhaps more than anything else, this concept of "oneness" is the underlying philosophy of the Edgar Cayce readings: "The first lesson for six months should be One-One-One-One; Oneness of God, oneness of man's relation, oneness of force, oneness of time, oneness of purpose, Oneness in every effort-Oneness-Oneness!" (900-429)

This notion of oneness in a world so filled with variety may, at first, seem a difficult concept to comprehend. After all, we are surrounded by a myriad of plants, trees, animals, experiences, and people. Rather than attempting to make all things the same, however, oneness suggests instead that we have the opportunity to view this rich diversity as an example of the multiple ways in which the One Spirit tries to find expression in our lives. Since there is only one God—the source of all that exists—ultimately, the universe must be composed of only one Force.

Oneness as a force implies that all things are interrelated. Every one of us has a connection to one another, the earth, the universe, and to God. This one force is a force for good which is attempting to bring the spirituality of the Creator into the earth. Unfortunately, because of our limited awareness of the power of free will, individuals are able to direct that force into selfish purposes and desires, creating "evil" in the process. 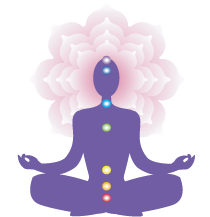 One of our confusions associated with religion is that we often mistake the form for the Spirit. For example, individuals may have a particular moving religious experience while attending a certain church or a service in a specific religious denomination. These experiences may include being overwhelmed by the spirit, having a very moving (or even a "Kundalini") experience, awakening to the awareness of God's presence, even speaking in tongues. Rather than seeing these experiences within the context of form, however, individuals often assume that because their experience was valid, everything else associated with that religious form contains the same degree of value. They are forgetting that throughout the history of humankind, individuals have had similar transformational experiences in every religion.

The good news is that, in spite of how things may appear in the world today, the readings assert that all of Creation will eventually be brought into an awareness of this oneness and of the Law of Love that it implies. One of our challenges as individuals is to make the world a better place because we have lived in it. Perhaps the best approach to this consciousness is reflected in the Bible when it states that we must love God with all our heart, mind, and soul, and our neighbor as ourselves.

Why do we have so many religious sects if the principle of oneness is an undergirding force in the universe? In part, the answer lies in our own diversity and in the fact that we are all drawn to what we need at a given time for our own personal growth and development. In addition, we also possess the very human trait of wanting to "pin down" our truth, putting parameters around our understanding so that we can deal with it. But truth is a growing thing, and the Cayce readings affirm that no one has all the answers to the marvelous question of who we really are as God's spiritual children. But even in the midst of our diversity, we share a common spiritual heritage. We are all children of the same God. We are all part of the one spiritual Source, our Creator, our Mother/Father, our God.

Kevin J. Todesch is A.R.E.'s Executive Director and CEO. As both student and teacher of the Edgar Cayce material for more than 30 years, he is the author of over 20 books, including the bestselling Edgar Cayce on the Akashic Records and Edgar Cayce on Vibrations. His latest book, Edgar Cayce on Auras & Colors was written with professional psychic Carol Ann Liaros. Known for his ability to explain complex subjects in a straightforward and easy-to-understand manner, he is popular for his insight and his sense of humor. A nationally recognized resource on dream interpretation, he wrote the definitive dictionary Dreams, Images and Symbols. The full and free 'lite' Dream Dictionary App can be downloaded for Apple or Android devices.