My memory of the way in which Edgar and Gertrude Cayce, and Gladys Davis conceived their work and went about their business of giving helpful, sometimes life-saving counsel to thousands of people was simply this: they felt called by God to a peculiar but wondrous vocation. It wasn’t approved by the churches or academia or society in general, but though it hurt sometimes, they were never daunted by the snub. 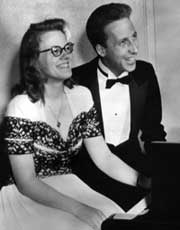 I remember the time that Miriam Bright, a woman from the Methodist Church, came over with a pie for the Cayces. Harmon and I had been invited to her home several times and her family was full of questions about Cayce and his work. We had plenty of stories to tell them. Tears streamed down Gertrude’s face as she thanked our friend Miriam for the friendly gesture. No one in the city of Virginia Beach had ever come over with a neighborly “glad you’re here” kind of gift for them.

But they had a devoted community. Edgar was a charming extrovert. He loved people: loved being around them, loved telling his stories. He loved hearing from people who had gotten readings, and answered many of the letters himself. He loved talking with people on the phone, too. I remember one night Harmon had forgotten something in the office. As we walked in, we saw Edgar pacing up and down in his study, saying over and over again, “Thank you God, thank you God, thank you God.” He told us that he had just hung up the phone after a woman had called to tell him the good news that his reading had saved her son’s life.

Edgar felt a close kinship with the people for whom he had given readings, especially those who followed up and let him know what worked and what didn’t. He loved it when Study Group #1 came to visit. They had worked together for years and knew each other intimately. There was a huge potluck dinner each time they came and Hannah Miller brought her famous home-baked bread—according to reading 404-1, she had baked unleavened bread for temples and altars in a past life in Egypt. Some of this bread was also buried with the dead, and could still be found intact. For Edgar’s birthday in 1944, I baked a cake and the Study Group members brought the rest of the goodies, all fixed according to the Cayce readings. Edgar beamed the whole time they were together. This was Edgar’s community: his family; Gladys who was as close as any immediate family member; the members of the first Study Group; the people who were grateful for their readings and kept in touch; those who attended the A.R.E. Congress; his adult Sunday school class at the Presbyterian Church; and the Board and staff of the A.R.E.

Edgar knew community was important. Certainly his life as RaTa in Egypt where he taught people the concept of oneness—the oneness of God, the oneness of God’s children, the oneness of all creation, added to his love of community. It was an exciting culture with leaders from all over the world, coming to visit and learn. And in his lifetime as Lucius, Bishop of the church at Laodicea, he was concerned with building a disparate group of believers into communities trying to live Jesus’ teachings. They must have grown very close as they forged one new church community after another.

It all fits with Edgar’s emphasis that we are our brothers’ and sisters’ keepers. Locking arms with others and blessing them on their way is our command from the Creative Forces.

Dr. June Bro - June Avis Bro found her life deeply affected by working daily with Edgar Cayce. She has set about sharing her resultant interests with others as a pastoral counselor and as a minister, as well as by using her skills in the performing arts. She has a graduate ministerial degree from Andover-Newton Theological School in the Boston area, and a doctorate from Chicago Theological Seminary. In addition to teaching on six campuses while raising five children, she has been a research assistant at Harvard, lectured and held workshops in many cities, led overseas tours to the Near East and China, and served as pastor. A concert pianist, she has served on the music staff in churches of most of the major Protestant denominations and draws on her background in the arts to illuminate myths, symbols, and dreams.