Adapted from her article The New New Age: Re-Discovering the Cutting-Edge Qualities of the Edgar Cayce Work in Oct-Dec 2013 Venture Inward, members can read the full article online at EdgarCayce.org/members. 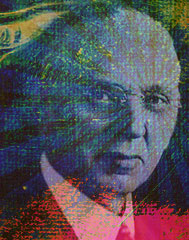 As the New Age movement picked up momentum during the last decades of the 20th century, Edgar Cayce began sounding pretty stodgy to many people. Seek a life of service; root out tendencies toward selfishness in your patterns of thought and behavior; attend to your body’s health with careful nutrition, exercise, and other lifestyle choices; set an ideal that you can live by as you go about your normal life activities; form intentional groups to bolster your resolve and follow through; make a difference in your world; pray; meditate—none of these had quite the wow factor that seemed to fuel popular New Age culture. What about experiences in altered states of consciousness? What about great psychic attainments? What about contact with entities on higher planes? What about the power of stones and crystals? While the Cayce readings address all of these things and more with great depth and considerable sophistication, they were often branded as beginners’ material simply because they do not emphasize the phenomenal aspect of the spiritual path.

If we take the time to look, we will find that the Cayce material is at the cutting edge of some of the most important developments on the contemporary spiritual scene. For, even as the popular explosion of New Age interest in the late 20th century was drawing increasing criticism for its tendency toward somewhat narcissistic and magical thinking, other influences were growing up alongside it. Influences that took the best of the burgeoning spiritual awakening and wedded it to science, philosophy, anthropology, and sociology. Influences that have now come together to form an expansive and promising spirituality for the 21st century that is both “integral” and “evolutionary” in the way it draws upon diverse sources of knowledge and wisdom in order to engage creatively with an evolving cosmos, world, and human psyche—a new New Age that is all grown up in comparison to its late 20th-century counterpart. And it turns out the Cayce work was there all along.

Like integralism, the “evolutionary” approach to spirituality promises to reshape the way we think about our place in this world. To appreciate its impact, it is important to recognize that evolutionary spirituality goes beyond the age-old concept of soul evolution, which casts the earth as the place where we come to learn lessons, grow, and work through our karma. From this perspective, the earth plane is often at best little more than the schoolhouse of the soul and at worst the prison of illusion that we seek to escape at the earliest possible time.

By contrast, from the evolutionary perspective, the opportunity of incarnation has as much to do with the evolution of the cosmos as it does our own development. And most evolutionary thinkers point to human consciousness as the current frontier of evolution as it manifests here on earth. The Divine Source from which we arise has an irrepressible drive to create, and we are on the advancing edge of ongoing creation. Our primary role is that of co-creator and the theater of our creative operation is here, in this three-dimensional world of form. 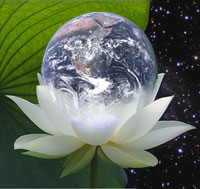 Lynn Sparrow Christy is a teacher, writer, and hypnotherapist-life coach. With more than 40 years’ experience in both traditional and alternative approaches to spirituality and personal growth, Lynn is committed to helping today’s spiritual seekers find authentic and practical pathways to growth. Her latest book, published recently by A.R.E. Press, addresses the “evolutionary” aspects of the Cayce readings with Beyond Soul Growth: Awakening to the Call of Cosmic Evolution.