The ways may be set before thee—the choices must be taken of thine own consciousness. Be aware of what ye would that the Lord would do with thee, what Thou would do with the opportunities, the privileges He hath bestowed upon thee as one of His children.
Edgar Cayce Reading 1470-2

There is an old saying that often elegantly describes how many families communicate. It goes something like this: I know you believe you understand what you think I said, but I am not sure you realize that what you heard is not what I meant.

Confused? Join the club! Families are so busy these days with the mountain of things that just have to be done that they may forget to actually listen to the details of conversations, and then things begin to go awry. 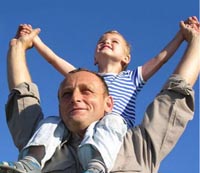 What you frequently find is that people are not emotionally present. Their head is nodding but they are not hearing you. It happens to everyone. Something else is dominating his or her mind and when you think you have his or her attention, in truth, you don’t. Even when you ask the person if they heard you and you get a nod response, that does not mean that they heard you.

Parents get so concerned about their jobs, the family dynamics, keeping up with the neighbors, and managing the politics of life that they miss the little clues that their spouse or kids are giving them that would have tipped them off to a potential problem. Potential problems are not convenient, so it is just easier to nod, or ignore the problem, or just say no, regardless of what it is. The problem is that when you think you can ignore something, it comes back to haunt you later. Sometimes you have to deal with something ‘little’ when it starts and you may discover that taking those few extra minutes prevents/precludes something ‘big’ from ever happening. Let us look at this classic example:

A busy mom is getting her four-year old ready for pre-school. She is stressed. She has a big meeting that morning and she needs her son to hurry. But her son says he doesn’t want to go to school. He hates school. Every other morning he just loves school, but not today. Today he hates it.

Here are her options:

In the first two options, mom’s actions tell the child that she is not hearing him or cannot focus on his needs. She has lost touch with that psychic sense that moms need to have to avert problems. Once she gets to work, she tosses the situation off as an irritation. But it doesn’t go away. Day after day, her son becomes increasingly more adamant that he does not want to go back to that school. Finally he ‘gets sick’ so he won’t have to go to school. Now he is a behavior and a health problem for her—or that is her perception. He is now costing her a lot of time way from work. At no time has she actually listened to what he is trying desperately to tell her in his clumsy four-year old way. The child begins to lose faith in her and their relationship just gets more difficult. This situation was a growth opportunity for both of them and the mom in this case missed it—completely.

In the third option, the mom gets herself out of the way so that she can listen to her son all the way. In that moment, she is completely present so that she can hear this child, on the physical and psychic level. When she does this, she realizes that by analyzing his past behavior, she can see that he is genuinely afraid. He is not making this up. What about her meeting? Hopefully, she has a backup plan and can call a sitter and leave her son home for the day. Organized moms need to have a backup plan with little kids. She goes to work and at lunchtime, she calls the school to let them know that her son won’t be there and to find out how things are. What she discovers chills her: three teachers quit, and now one teacher is responsible for 35 small children. This mom also calls the teachers who quit and discovers to her horror, that the school has changed policy and now leaves these little kids outside in the Charleston, South Carolina summer heat for three hours at a time with no water. They are also yelling at the children. She spends the rest of her lunch locating another pre-school. She has to take some time off to get him installed in a new school but now every morning, he is happy to go to school.

She spent perhaps an extra five minutes of listening to her son initially. Five minutes of time. She was a total of 30 minutes late that day. She was able to have her meeting and she felt good about it. What she discovered about the school validated her faith in her son and her own psychic sense that truly, something was very wrong. Her son was seldom if ever sick in his early years because he did not need sickness to get his mom’s attention. He was also seldom a behavior problem because he was able to communicate his needs and be heard. In fact he was never a behavior problem even through his teenage years. That critically important communication link was kept strong by direct and psychic communication between parent and child.

*I am the mom in option three. This is a true story about my son, James now age 30. I was a Lieutenant in the US Navy at the time and my husband was at sea. This situation taught me the value of believing in my children from the time they were little.