Perhaps like me, you’ve been considered a little strange, if not downright weird, for believing that reincarnation is the way the world works. Surely it was even worse for the Cayce family in 1923, when this seemingly bizarre concept was introduced by the Source of the readings.

Finding both reincarnation and karma expressed as truths in the Bible was a great comfort to Edgar and his family. But the Cayces also visited the Dayton library to see how the past-life information in the readings checked out against known history. As with the Bible, they found the readings usually measured up quite well. Moreover, in general the information in the readings tended to push the dates of historical events back in time, just as we have seen science do since Edgar’s day. Perhaps most interestingly, the readings also frequently fleshed out historical epochs and events in a very rich and satisfying fashion.

Reincarnation permeates the ancient philosophies of the East. Billions of people have embraced these beliefs as central in Hinduism, Buddhism, Taoism, Shintoism, and other faiths. However, one of the most amazing and wonderful discoveries about reincarnation is finding the large number of famous intellectuals and writers in the Western world who have expressed a belief in reincarnation in their writings. This includes Socrates, Pythagoras, Plato, Dante, Ralph Waldo Emerson, Henry David Thoreau, Goethe, Albert Schweitzer, and George Patton.

Here are some of my favorite examples: 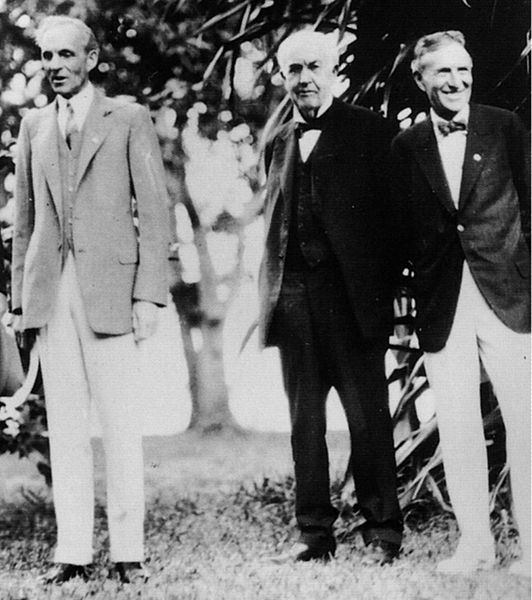 So, it is clear that believing in reincarnation and karma puts us in very good company indeed!

Ann Jaffin, M.S., a life member and field volunteer of A.R.E., has been a member of a Study Group for 40 years. In addition to writing several articles for Venture Inward magazine, she is the author of the A.R.E. Press book Past Lives and Present Karma. Ann has traveled the world, frequently with A.R.E. Tours, and is a dedicated user of Cayce’s remedies and therapies. You can learn more about the Jaffin family in our Virtual Library under the Jaffin Family Archives and Research Project.