Finding Meaning in the Mundane 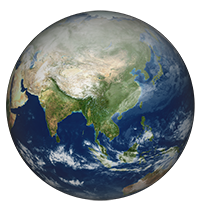 I came upon that quote this morning, and it struck me deeply. It made me wonder how often we have it backward when we seek to make a meaningful contribution to the world. I was especially primed to ask that question, because just a few days earlier I had read an article called “The Chef Who Saved Me.”[1] In it, journalist Brett Martin tells of how an assignment to interview the famous chef Jacques Pépin became the turning point at a very difficult time in his life. Depressed, broke, and unable to eat for weeks following a relationship break-up, Martin describes a post-interview lunch with Pépin at the chef’s culinary school, where Pépin’s warmth, openness, and generosity with his time as they discussed the various dishes they were served re-kindled his interest in living. “I sat in a state of wonder,” Martin reports, “At a time when I had forgotten the possibility of pleasure, Pépin had effortlessly, instinctively brought me back to life. Without knowing it, Pépin had extended a hand to a drowning man.”

Martin went on to heal emotionally, write several books, and eventually settle into a happy relationship with someone who shares his newfound love of cooking. He tells of once again meeting Pépin several years later on another journalistic assignment, and once again sitting down to share a meal and conversation, most of it about the very ordinary things people talk about when they don’t know each other well. Then, Martin writes, “Suddenly I was seized by the urge to spill more: ‘I’ve tried, Jacques,’ I wanted to say. ‘Honestly I’ve tried. To live with an open heart. To give more than take. To work joyfully. To be awake to the world always. To live up to our lunch. But, it’s hard. And I fail all the time.’ What I said instead was, ‘I’ve tried. Over and over. But…I just can’t debone a chicken.’ ‘Ah, well,’ he patted my arm. ‘That’s probably OK, too.’”

That article left me with a profound sense of just how much our daily life can be the arena of our deepest service. “Chef” might not be the first occupation that comes to mind when we think of spiritual vocations, yet Pépin’s role in Brett Martin’s life could not have been more spiritual. For those with core values around serving and making a contribution, we can so easily leap to the idea that our service to the world must be something clearly demarcated as “spiritual” or “helping,” something of clear value to society. We can feel stuck and fear that we are not living our soul’s purpose if we don’t find ourselves in the kind of role a spiritual person “should” occupy. Yet, in the wisdom of the Edgar Cayce readings we often find the idea that our deepest contribution comes in the little things we do to manifest our ideals over the course of daily living. And, to build on the opening quote from Howard Thurman, living is the operative word here.

As Thurman astutely points out, being fully alive is, in itself, a contribution to the whole of Life. Finding those things that make us come alive is the greatest platform from which to share life with others. Beyond that, keeping the spirit of life in what we do is equally important. I am reminded of a dream I had years ago, when I was given the message, “Choose life. Not the thing.” At the time, I understood it to be an admonition — almost a warning — not to mistake the forms of life for life itself. So quickly we crystallize our roles, our identities, and our interests into things rather than processes that keep us engaged with life. Even our work, be it what we do for a living or the work we do on ourselves to grow, can so easily become a thing, something that takes on hardened form as an it.

Yet the essence of spiritual development is just the opposite. Rather than cling to the hardened forms of our lives, we are called to engage in ongoing evolution — which is just another world for change. Memoirist Cheryl Strayed put it this way: “Don’t surrender all your joy for an idea you used to have about yourself that isn’t true anymore.” Yet how often do we do just that? “To work joyfully” and “be awake to the world” is how Martin describes the aspiration that Chef Pépin awakened within him. To be awake to the world is to stay open to new possibilities, new ways of being and thinking and, yes, serving. Here is where our joy is to be found, and this, too, is part of what the Journey to Wholeness and Integrative Growth is all about. Here’s to Life!

Lynn Sparrow Christy has been working in the field of spiritual growth and personal healing for her entire adult life. This work has been shaped by a deep connection to spirituality during childhood that led her through traditional Christian faith to the barrier-shattering work of Edgar Cayce and on to the leading edge thinking that characterizes the contemporary integral/evolutionary movement. Along the way, she has developed an eclectic career as a writer, conference speaker, hypnotherapist-life coach, minister, and trainer. She is trained as a master hypnotherapist, hypnosis trainer, life coach, and master N.L.P. practitioner. She has also done extensive personal study, training, and practice with energetic modalities such as qigong and energy medicine and often shares these practices with her clients.

She is a director for The Journey to Wholeness and Integrative Growth program, the initial program offered by the Tarsia Center (at the Association for Research and Enlightenment), which offers programs in emotional processing, healing, integration, and wholeness.