Finding the Lost Memoirs of Edgar Cayce
By A. Robert Smith


As a newspaper reporter for over 30 years, I had interviewed all kinds of people—from governors and presidents to scatterbrains and shysters—but no one like Hugh Lynn Cayce, the son of Edgar Cayce and then president of the A.R.E., who had invited me for lunch one day in 1980. Over white wine and crab salad, I agreed to write his biography. 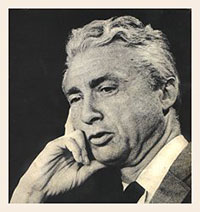 Unknown to me at the time was that Hugh Lynn had previously asked Jess Stearn, the author of the bestselling book, The Sleeping Prophet; but Jess was too busy and had recommended me in his stead.

Hugh Lynn agreed to come to my house in Virginia Beach for long interviews every Sunday afternoon; and he told Gladys Davis Turner, who had been Edgar Cayce’s secretary, to give me access to anything she had stowed in her bank-sized vault. That vault was so big that you could disappear inside of it while rummaging through Gladys’ stacks of priceless documents. Nobody, I learned, had ever set foot in Gladys’ treasure house without her permission. 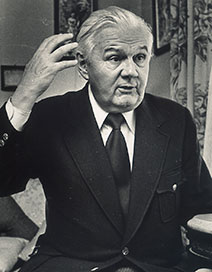 In our interviews, Hugh Lynn gave me so many stories—about how his father saved him from blindness, his courtship of the prettiest girl in Virginia Beach, being in the Battle of the Bulge Army service under General Patton, and the ups and downs of creating the A.R.E.—that it took five years for me to complete the book. It was titled, About My Father’s Business, but he died before he could read it. The process of writing it was great preparation for me in starting A.R.E.’s member magazine, Venture Inward, in 1984.

During the research process, I came across a marvelous find. Plowing around in Gladys’ secret hideaway, I discovered a manuscript that looked like it had been dictated. I asked Gladys about it, and she said:

“Mr. Cayce started to tell the story of his life, and I just typed it up as he progressed.”
“Did he finish it?” I asked.
“No. He was too busy giving readings.”

Too bad he didn’t complete it, I thought, but he was too focused on helping other people to tell his story.

Then I discovered another startling manuscript—a detailed narrative by Edgar’s father, Leslie B. Cayce (aka, the “Squire”), about Edgar’s childhood. Like a packrat, I made copies of both narratives and stowed them until I could figure out what to do with them.

I soon found a way to combine Edgar’s life story with the Squire’s account. Combining the two versions made for a more complete story.

The book was originally published by A.R.E. Press in 1997, and titled, The Lost Memoirs of Edgar Cayce. It was an instant bestseller among members and sold about 20,000 copies.

I liked Edgar’s take on his life because he was so frank and honest about his feelings, even about when his first love, a girl named Bess, spurned him after her father told her that Edgar was a bit crazy. Sprinkled freely through his memoir are confessions of doubts, of uncertainty, of yearning to be “normal” rather than blessed with an astonishing talent. His admissions mark him as a truly humble man who never let adulation undermine his motive of service to others. He remained the living fulfillment of that saying of his, “If we ever get to heaven, it will be by leaning on the arm of someone we have helped.”

Among those who read it was a literary agent, Sandra Martin. She told me she could sell it to a major New York publishing house, and did so with St. Martin’s Press. They paid an enormous sum and published a hardback edition in 1997 under a different title, My Life As a Seer. Their hardback was sold internationally, at least in Japan and Canada, and was followed by a paperback edition. Those editions sold about 40,000 copies, and the paperback is still in print.

Now St. Martin’s is publishing a digital edition (e-book) of My Life as a Seer: The Lost Memoirs of Edgar Cayce for readers who prefer an Amazon Kindle or the Barnes & Noble Nook.

So, sixty-nine years after Edgar Cayce’s death, his fabulous story is still being circulated in the latest format—a story that will never die.

A. Robert Smith, an award-winning journalist and the author of ten books, has been an editorial writer, and a Washington correspondent covering Congress and seven presidents. The founding editor of A.R.E.’s member magazine, Venture Inward magazine and its editor for 20 years, he is the author of ten books including the novel Ben Franklin’s Secret Love; No Soul Left Behind; and God Gave Me a Mulligan. He lives in Virginia Beach, Va.