The Edgar Cayce readings state that everyone is psychic because psychic is of the soul. We’re constantly receiving guidance and help from our intuition, dreams, telepathy, and countless other types of “messages from above.” Who could have predicted that one day those messages might uncover a possible answer to one of the mysteries that has baffled archeologists for centuries? And turn into a brand-new theory about the origins of the Great Pyramid of Giza.

It all started with an ironwork named Randy Griffith. In 1996, Randy was riding on a scissor lift inside a building under construction when the lift fell over and landed on him. The serious accident kept him bedridden for months. But the upside to the lengthy recuperation process was the unstructured days it gave him to begin exploring the ideas of metaphysics and spirituality. During the process of delving into those subjects more deeply, Randy came upon the work of Edgar Cayce.

With a lot of time on his hands and based on some of the advice Cayce gave, the former ironworker decided to start meditating regularly. Much to his surprise, quieting down and going within opened the door to a whole new world and way of thinking. It also sparked an avid interest in exploring some of the great mysteries of the universe. The trail eventually led him to undertake in-depth research on what is arguably the most investigated monument in history: the Great Pyramid of Giza. His incredible journey of discovery for nearly 30 years, which continues to this day, resulted in a new theory about how the ancient Egyptians might have built this amazing structure.

Having worked around construction sites his entire adult life, Randy was intrigued by the question of how a supposedly primitive culture thousands of years ago was able to fabricate such an astonishingly large and elegant edifice. One path of inquiry soon led to another and then another, until he was hooked on finding out more. Spending hours reading about the topic, learning basic hieroglyphics, and analyzing several of the more esoteric texts, such as the Egyptian Book of the Dead, he kept asking himself a simple question: If an ironworker were told to construct this building, how would they go about it?

To wit, ironworkers regularly use cranes on the job site to lift the materials they want to raise higher. Wouldn’t the ancient Egyptians have relied on some kind of crane-like object to pile up the stones for the 200+ layers of their pyramid, too? Furthermore, could it be possible that some of the images and symbols painted on tomb walls or found among the ancient texts represent pulleys? With those insights, the possibility of using the height and angle of the pyramid’s air shafts as potential lifting mechanisms entered the realm of possibility. And a new theory was born.

Randy has spent the years since his accident researching and studying every aspect of the Great Pyramid to determine a plausible yet creative explanation for how the overall construction process might have unfolded. And he continues to receive guidance through his meditation and dreams even today. After decades of work, his research and modeling of various scenarios finally reached the point where the pieces had fallen into place and it was time to release the broad outlines of his theory to the general public. A new book entitled Pyramid Rising: The Great Pyramid Reconstructed co-authored by Randy is the result of that effort. It explains what is called the Griffith theory.

Since the Great Pyramid undeniably surpasses any structure that we could ever hope to build, some people firmly believe that it must have been erected by entities possessing super-human intelligence and advanced technology, far exceeding the limited scope of our finest 21st-century machines. They want to credit its construction to aliens from outer space. But we know from the history of souls in the Earth recorded in the Cayce material and the ideas underpinning the philosophy found in the readings that laying the creation of the Great Pyramid at the feet of anyone other than the human race short-changes the boundless creativity of mind and spirit. We tend to underestimate what the human family has been capable of accomplishing down through the long arc of history.

The journey from psychic messages to the bookshelf was a long and sometimes arduous road. But the process is one that should inspire all of us to keep listening and aiming our sights higher. A study of the readings tells us that there is something far greater at work in this world than just what we can see, hear, taste, touch, and smell. We know that Spirit is ever-present and ready to assist in every endeavor that we undertake. It is the divine spark that Edgar talked about—the temple within—that is the boundless source of inspiration and help.

Fortunately, we can choose to get in touch with this wellspring of creativity and love, connected to everything in the universe past, present and future, through the silence of meditation. How many inventions, scientific discoveries, or pieces of art, music and literature are the result of one individual’s contact with that unseen force? No one yet knows for sure whether the Griffith theory is correct or not. But either way, the pathway to its discovery is a testament to the value of listening to the soul.

If you would like more information about Pyramid Rising: The Great Pyramid Reconstructed, please check out the web site: www.pyramidrising.net 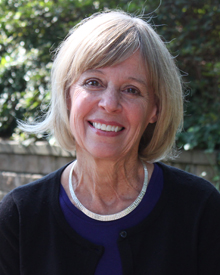 M.K. Welsch is a 40-year student of the Edgar Cayce readings and an accomplished writer who spent the majority of her professional career in the not-for-profit world, helping dedicated people engender positive change in the world. Her extensive background in that field ranges from working for a national environmental organization to public television stations. A lifelong spiritual seeker, she has served on the Board of Trustees for the A.R.E. and written for its magazine, “Venture Inward.” M.K. is the author of Sacred Journey: Edgar Cayce, the Bible and the Path to Enlightenment published by A.R.E. Press and co-author of Pyramid Rising: The Great Pyramid Reconstructed.

See all by M.K. Welsch