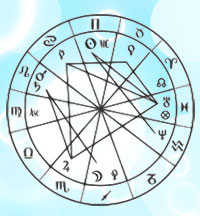 You may have seen the news reported by NBC, The Huffington Post, and others, but do not panic. Your astrological sign has not changed. The story circulating today is an old one that surfaces every few years. It states that in the 3000 years since the study of astrology began, the wobbling of the earth on its axis (precession) has changed its position relative to the sun and stars enough that the signs we currently use are off by as much as a month. However, western astrology uses the tropical zodiac rather than the sidereal zodiac, meaning the alignment of the earth does not change the signs. And even for those using the sidereal zodiac, the shift in signs would have actually taken place hundreds of years ago. The news story’s reference to a possible 13th zodiac sign, “Ophiuchus,” also does not apply to the tropical zodiac.

Tropical Zodiac is based on the apparent motion of the Sun in the sky from one vernal equinox to the next. It refers to the annual cycle of the ever-changing relationship of the earth-globe to the Sun, source of all energies on this earth, that is, to the cycle of the seasons. It reflects the changing of seasons on Earth and the changing seasons of our lives.

Sidereal Zodiac also deals with the annual apparent motion of the Sun, but with reference to the constellations, i.e. to actual groupings of stars. Because of the precession of the equinoxes—a backward shift in the position of the equinoxes with reference to the nearly “fixed” stars—these two zodiacs do not now coincide. They did coincide at a time variously estimated from around 300 BC to AD 500; the differences being due to the fact that there is no astronomical way to precisely define the boundaries of the heterogeneous groups of stars called ”constellations.”

Adapted from The Astrology of Personality.
By Dane Rudhyar

The two zodiac systems lined up when they were first identified, but precession (a cycle that takes 26,000 years to complete) has caused the divergence between them, and the confusion about them, that we have today.

RAYE MATHIS is a faculty member at Atlantic University where Transformational Astrology is among the courses she mentors. She has a BA in mathematics, a Master's degree in clinical social work, and has completed post-graduate work at the C. G. Jung Institute in Zurich, Switzerland. She has maintained an on-going astrological counseling practice for almost 40 years. Her column, The Astrologer's Corner, appears in the A.R.E.'s Venture Inward magazine available exclusively to Members by mail or online at EdgarCayce.org/members.