Join
How and Why You Should Ditch the Soda 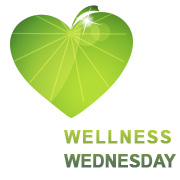 I lived on TaB© my freshman year of college. I didn't give up Diet Coke© until years later when I was trying to get pregnant and my doctor insisted. We Americans are the biggest soft drink consumers in the world. Though Fortune magazine reported in March, 2016, that soda sales have hit a 30-year low*, half of Americans still drink carbonated beverages daily, each averaging 45 gallons per year.

When Edgar Cayce gave his health readings, Coca-Cola© still contained cocaine, caffeine, alcohol, and lots of sugar. Though cocaine was removed in 1903, such drinks remain addictive thanks to caffeine and sugar/artificial sweeteners.

There is scientific controversy about soda consumption and possible links to high blood pressure, stroke, and other health problems, but physicians agree that sugary sodas are a major source of empty calories and chemicals for children and adults. Diet sodas may be low-calorie, but they also contain potentially dangerous chemicals not found in natural foods, like aspartame, phosphoric acid, and potassium benzoate, a common preservative.

The Cayce readings give clear directives against soft drinks, such as in this reading:

Of drinks—beware of any of those that are of the soda; no bottle drinks, or very little from the fountain. These will be harmful to the body. (2261-1)

More than 27 readings specifically warned against consuming processed food and drinks that contain the preservative benzoate. Reading (826-14) explains it this way, "…for the benzoate becomes hard upon the system."

Since these drinks are addictive—particularly sodas containing caffeine—people who want to give up sodas may want to consider techniques that have been advised for quitting other addictions, such as drugs. Here are three suggestions to get you started:

Listen to your body; it's likely you'll begin feeling better soon—without sodas. Changing unhealthy habits is tough, but YOU can improve your health.

Josephine B. Adamson, MD, MPH, CMT, is the Medical Director for Edgar Cayce’s A.R.E. She received her MD from Duke University’s School of Medicine and Master’s degree in Public Health from the University of North Carolina and is a graduate of the Cayce/Reilly® School of Massage. A former director and co-owner of a medical device company, she has a wealth of experience creating and maintaining health-related non- profit and for-profit businesses. She joined A.R.E. as part of the organization’s renewed focus on the health information, one of the most important, enduring legacies from the Edgar Cayce readings. She is responsible for overseeing all aspects of the health outreach and administration and interfacing with the stellar staff of the Cayce/Reilly School of Massage—which provides a comprehensive education in the art and science of therapeutic massage—and the holistic A.R.E. Health Center & Spa—which provides holistic therapies to clients from around the world in its oceanfront Virginia Beach, Va., setting complete with a Café.