One group of readings from the Cayce files that has always fascinated me are the "World Affairs" readings (the 3976 series), which deal with such topics as relationships between countries, the strengths and weaknesses of various nations, and the future possibilities for people around the world. Given between 1921 and 1944, most of these readings on world affairs deal with challenges that were on people's minds at the time: the Depression, growing global conflicts, and the possibilities of peace even for a world at war. 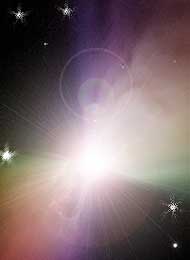 The other day I came across one of these readings shortly after speaking to a member who called to suggest that there were things we might do as an organization to inspire "Light Workers" around the world—things we might communicate to encourage people even in the face of current global challenges. The reading seemed very synchronistic and connected to what our member had been calling about. In 1942 in the midst of a world at war, Cayce was asked to do a reading on a "spiritual and practical concept for World Peace, giving suggestions for individuals and group operations to make it effective." (Reading 3976-27)

Cayce began the reading by suggesting that too often in the history of the world conflicts had arisen because groups and nations had attempted to use power to satisfy and gratify their personal ideas—ideas that took into account the needs of only a few. The reading posed a question, "Then, what right has any man to set state or nation above that principle of brotherly love?" An opposite approach recommended by the readings was to begin instead "spreading the fruits of brotherly love, kindness, patience…" In spite of appearing to have little impact upon the world as a whole, Cayce promised that this approach could eventually transform the world: "peace in the world must begin first within the heart and purpose and mind of the individual…[for] as individuals change themselves and their interactions with one another, eventually the world cannot help but follow."

Cayce told those in attendance that even when threats of war and terrorism seemed to undermine the possibilities of peace, there was still much they could do individually to help transform the globe: "This means, then, that you may so live the life as He emulated in the earth, that ye radiate life, joy, peace! that which casteth out fear—by living, by being, by doing unto others, for others, that ye would like others to do unto you." However, Cayce's advice was that in order to be effective, this consciousness had to be applied: "Ye cannot pray 'Peace—Peace' when there is no peace in thine own heart and soul!"

When asked about the challenge of "religious differences," Cayce responded that there had been "more wars, more bloodshed … over the racial and religious differences than over any other problem! These, too, must go the way of all others; and man must learn—if he will know the peace as promised by Him—that God loveth those who love Him, whether they be called of this or that sect or schism or ism or cult! The Lord is One!"

Not too long ago, I was at a conference when the topic of world peace came up. For a few, that conversation turned to something along the lines of "yes, that kind of a world would be wonderful but…” and then some of the challenges were brought up as to why a world at peace is not possible right now. The readings would suggest that we need to keep in mind that total peace may not be feasible for the Whole at all times, but that it is possible in our own lives even now. In fact, as individuals begin coming together, building peace in their lives, they will inevitably have an impact upon the whole world.

Perhaps this is the kind of encouragement that light workers need in the face of world news that suggests the impossibility of impacting a world's many challenges: simply the knowledge that individual activity impacts the world, in spite of appearances to the contrary. Actually, the readings suggest that the world would slowly transform and fulfill the promises of an Aquarian Age in a way that most individuals would not even know what was occurring. It is not that one day we will wake up and see that peace and love toward all has arrived. Instead, it must be built "line upon line" by each individual in her or his daily life. This transformation in consciousness will be so subtle that Cayce told a 41-year-old housewife in 1939 that "only those who accept same will even become aware of what's going on about them!" 1602-3. Let each of us—as potential lights to one another—hope to be among that number.

KEVIN J. TODESCHI is Executive Director and CEO of Edgar Cayce’s A.R.E. He is also the author of numerous articles and more than 20 books, including Edgar Cayce on the Akashic Records, Edgar Cayce on Soul Mates, and The Rest of the Noah Story.