The December 21, 2011 headline of the article put online by the Examiner declared: "Ruins in Georgia mountains show evidence of Maya connection." It was written by Richard Thornton who writes articles on architecture and design for the Examiner's Web site, which pays writers' fees based on how many people view the ads on the Internet page. According to the article, which created a massive Internet response, "a group of archaeologists discovered the ruins of a 1,100-year-old Maya city" on the sides of a steep mountain in Georgia. The article related that 154 stone masonry walls, a sophisticated irrigation system, and other stone ruins were at the site. The archaeological team was led, back in 1999, by Dr. Mark Williams, who recovered pottery at the mounds found on the top of the mountain. The article, quite large for an Examiner post, presented virtually no evidence for the claim of Maya ruins other than the claim of the stone walls and Native language similarities to Mayan, but referred readers to Thornton's book on the site. 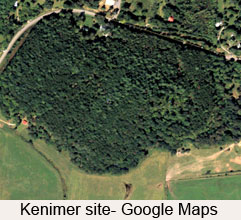 After being inundated by media inquiries and continual contact from other interested parties, the archaeologist cited by the Examiner article (the University of Georgia's Mark Williams) became frustrated and even angered by the report. Williams wrote that the report "is not true" and that he had "been driven crazy" by the allegations. Williams added, "The Maya connection to legitimate Georgia archaeology is a wild and unsubstantiated guess on the part of the Thornton fellow. No archaeologist will defend this flight of fancy." Williams wrote to the Examiner, "I am the archaeologist Mark Williams mentioned in the article. This is total and complete bunk."

The actual Georgia "Maya" site is best known as the "Kenimer Mound Complex" and is listed in my 2008 Illustrated Encyclopedia of Native American Mounds & Earthworks. On the top of a mountain near Sautee, Georgia are two mounds. The largest of these is an irregular-shaped pyramid mound that stands 35 feet in height. Adjacent to it is a smaller rectangular mound just 3 feet in height.

There are what appear to be ground undulations along the mountainside that could have been shaped terraces, but there is no definitive evidence pointing to what these ground-covered forms actually are. After the Examiner report came out I received numerous inquiries about it, and was even asked by a few people to change the A.R.E.-sponsored "Georgia Mound Builders Tour" scheduled for May 2-6, 2012, to include the "new Maya ruins." Because the Kenimer site is small, privately owned, and clearly has no definitive evidence pointing to a Maya influence, we won't be visiting this site. But we are visiting one massive mound complex in Georgia that archaeologists have clearly linked to an ancient Mexican influence.

In our 2001 book, Mound Builders: Edgar Cayce's Forgotten Record of Ancient America (coauthored with Dr. Lora Little and John Van Auken), we examined 30 ideas presented in 68 Cayce readings with information about ancient civilizations in the Americas. In readings given in 1933 and 1943 (5750-1 and 3528-1) Cayce made it clear that sometime after 3000 B.C., groups of people who had been living in the Yucatan and Mexico entered into America's south and gradually moved north, becoming what we know as Mound Builders. At the time Cayce made these readings, American archaeology had accepted that mound and pyramid building progressed in the opposite direction (north to south). However, as we have detailed in books and numerous articles, it is now known that the movement of this culture was south to north, precisely as Cayce related. 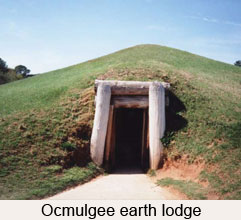 One site included on the May 2012 A.R.E. Georgia Mound Tour is Ocmulgee National Monument, a massive complex inhabited as early as 17,000 years ago. There are seven huge mounds at the site with the largest being a truncated pyramid standing 55 feet high with a base of 270x300 feet. An underground earth-lodge is at the center of the site and we plan to conduct a ceremony while inside this earthen structure. Ocmulgee is one of the few American mound complexes where archaeologists concede that a definite influence from ancient Mexican cultures is present. Specific types of tobacco, clothing, pottery, and statues excavated at the site show the connection. It is thought that when the Teotihuacan pyramid-building culture collapsed around AD 600, a migration took place to the north, eventually reaching Georgia as well as other places.

Gregory L. Little, Ed.D. , part Seneca, is author of the Illustrated Encyclopedia of Native American Mounds & Earthworks, an authoritative guide to America's mound sites. His other books include Mound Builders; Grand Illusions, Edgar Cayce's Atlantis, Secrets of the Ancient World, Ancient South America, and People of the Web, and he has over 30 other books in various areas of psychology. He is the publisher of Alternate Perceptions online magazine (Mysterious-America.net). Although he has been a member of the A.R.E. for over 20 years, he became very interested in the Cayce readings while studying the effects of ritual on brain processes in the late 1980s. In addition to being popular speakers at A.R.E. Conferences, both he and his wife, Lora, have been featured in documentaries on Discovery, the Learning Channel, the History Channel, Sci-Fi, MSNBC, and the National Geographic.