How much do we consciously remember from life to life? How do entities gain and lose from one incarnation to the next? How do we measure a successful life on Earth? Who is to judge?

I have long sought answers to these questions by studying the Edgar Cayce readings and interviewing the people who received them. Together with former Association for Research and Enlightenment (A.R.E.) board trustee, Paul Mazza, we have traveled the country searching for people who received these readings, and where possible, sitting down with them, and exploring with them the messages that came through from Cayce.

Needless to say, I was as excited as ever to meet 2444! How accurate was the Cayce reading? What parts of the reading did she resonate with? Did she have any memories of her past-life relationships? How had what Cayce said impacted her life?

Having studied the readings for more than two decades, I had no doubt of their accuracy. The first person I interviewed was George Conjar, who had been healed of TB by a reading given by Edgar Cayce. So many reading recipients have shared their stories, and they are all very credible. One case that I researched extensively was Joe Bailey, who was an invalid before he was cured. We still have his medical files to prove his cure. It is not possible to verify the reincarnation readings in the same way that one can the health readings, however, there is striking evidence of the truth of these readings as well.

As I have also learned, it is only by meeting and interviewing the recipients of these readings that such deeper insights can be made. The more reading recipients I have met, the more convinced I am that in a way, we are scratching the surface of the knowledge and insights that can be obtained from them. Especially where reincarnation is part of the equation. Each reading was personalized for the recipient in question, each contained life lessons, and more often than not, each life lesson can best be understood by discussing them with the person who received them. And not only can one gain great insight into the person themselves who received the reading, but those they have been associated with. We do not enter this earth plane alone but in soul groups.

In this way, by studying 2444's readings, I could potentially gain insights into those with whom she shared her incarnations with. That one of these incarnations was the soul that had been Jesus, made the prospect of meeting her exciting.

As students of the Cayce material know, the readings have much to say on Jesus and the soul that became Jesus.

One past life that the readings mention of Jesus, was a past life as Joseph, the son of Jacob.

(Q) Please list the names of the incarnations of the Christ, and of Jesus, indicating where the development of the man Jesus began.

(A) First, in the beginning, of course; and then as Enoch, Melchizedek, in the perfection. Then in the earth of Joseph, Joshua, Jeshua, Jesus.

His life as Joseph was a precursor to his life as Jesus, it followed the same pattern. First rejection by his own, acceptance by the gentiles and ultimately acceptance by his own people. He was 30 years old when he entered into the service of the Pharaoh and Jesus was 30 when he started his ministry.

The bible tells us that Joseph was married in that life, from Genesis 41:

Then Pharaoh said to Joseph, “I am Pharaoh, but without your word no one will lift hand or foot in all Egypt.” Pharaoh gave Joseph the name Zaphenath-Paneah and gave him Asenath daughter of Potiphera, priest of On, to be his wife. And Joseph went throughout the land of Egypt. Joseph was thirty years old when he entered the service of Pharaoh king of Egypt. And Joseph went out from Pharaoh’s presence and traveled throughout Egypt.

In 1941, a 16 year old Jewish student received a life reading saying that she was the reincarnation of Asenath.

Before that the entity was in the land now known as Egypt, when there were those turmoils that arose with those activities just before the periods of the famines in the land.

There the entity was that one whom Joseph chose as the companion, of all the peoples that were a part of his experience, - the daughter of the high priest of Heliopolis [?].

Thus we find that the entity came under those tenets, those truths which were so much a part of her companion.

In the experience the entity gained throughout; in the abilities to make adjustments for the peoples of various beliefs, various activities, - that brought peace and harmony throughout the sojourn in that land.

With the entrance of Joseph's father, the entity then - Asenath studied what had been a part of the customs of the early patriarchs, Isaac, Abraham - who had been those who had brought such satisfaction, such an awareness.

This is the soul that I met, with the help of Karen Davis, archivist for the Edgar Cayce Foundation. Karen had reached out to the family of 2444. Initially she was not able to contact the family, however at the end of the week she was able to make a connection with the daughter of 2444. With her help, I made a date for the interview.

Paul and I were very excited at the prospect of meeting a soul who had been the wife of Jesus from a past life! There were so many questions. How accurate was her reading?

We found 2444 to be a vivacious older woman. She was a widow and had given birth to 4 children. At the time of the interview she was recovering from surgery in a rehabilitation center.

She said her reading was accurate to her. Though she resonated more with some of the past lives, then others. Her reading said that she had been a sister-superior.

But the entity THEN was as a sister-superior to an orphanage near what is now Morristown, New Jersey.

She told us a story of how she visited a convent as a teenager and knew the secret knock code that was only known to the nuns. A past life memory that suddenly came out of her subconscious mind. Each life has patterns and habits that are stored into the subconscious mind, that can bubble to the surface in the most unexpected moments. Afterwards leaving us scratching our heads, wondering where that came from.

She also shared another life as a native woman, which was not in her reading. This was a common theme in the readings, that they would only give the lives that would be the most pertinent and useful in the current life at that moment. Other lives could be given at a certain time, as a soul grows in understanding.

When we talked about her Egyptian life, I saw her face change and she was wearing a traditional Egyptian headdress. Thus, confirming to me the validity of the reading. Her reading said that she gained in that life as she turned from a pagan background to a Jewish understanding.

I do feel that her life as the wife of Joseph influenced her future incarnations. Coming into contact with Judaism marked her soul, and in the next life she married Ezra, who wrote the book of Ezra, when the Israelites returned from the Babylonian exile. It started a soul pattern of being the companion to Jewish leaders.

Though having been married to Joseph and having had a life in the Christian church, she held a traditional Jewish perspective of Jesus.

One lesson that I have learned is that people are a product of their environment and the times they live in. However, people can and always do change. It is the story of our soul developments as we grow from one life to the next.

Once the interview was complete, her family told us that she had not been this active in months. Sometimes I wonder if somehow Jesus had made all of this possible. For us to meet up with her as she was recovering from her surgery. To visit a soul he cared greatly about.

Jon Shatat is a volunteer for the Edgar Cayce Foundation and has had the privilege of interviewing reading recipients for the last 10 years. He will be presenting a program for the A.R.E. on Saturday, June 18, Edgar Cayce’s Guide to Soul Progression He will discuss 2444 in more detail. He will also cover his travels interviewing reading recipients and all the insights and lessons that can be learned from them. For more information and to register visit: EdgarCayce.org/SoulProgression 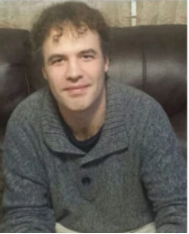 Jon Shatat, CHt is from Ottawa Canada and has been studying the Edgar Cayce readings for more than 25 years. For the last 7 years, Jon Shatat has travelled around the country interviewing Cayce reading recipients and their families. He is a graduate of the Cayce Reilly School of Massage, a Cayce trained Life Coach and does past life regressions. He has lectured at conferences with a focus on Oneness, Healing, God’s Other Door and the Universal Laws. He has traveled extensively across the US, Canada, the Middle East and Asia.

See all by Jon Shatat, Cht

June 18, 2022
LIVE in-person and online! Featuring Jon Shatat, CHt.
Explore the lessons learned by readings recipients and discover how some souls were able to reach their full potential—while others did not—through their cycles of reincarnation.
Learn More
Recent Posts