My Journey to Founding Paraview TV
By Sandra Martin

I was introduced to Edgar Cayce through my mom, who in 1968 was a Director with Virginia State Travel (now called Virginia Tourism). Her group was touring Virginia Beach and one of their stops was the Association for Research and Enlightenment (A.R.E.).

Mom had never heard of Edgar Cayce and her first introduction to his life was from his son Hugh Lynn, who greeted the tourism group, providing them with a behind-the-scenes tour of A.R.E. followed by a grand luncheon. When the tour was over, everyone in the group was given the book, There Is a River: The Story of Edgar Cayce by Thomas Sugrue.

When Mom came home, she gave the book to me, saying that she thought I might like it. Every word in that book spoke to me, to my soul; it opened a door to another world, a world I welcomed. I "knew" there was more to life than what was apparent to the five senses. I didn't have the vocabulary to articulate that empty space in my soul that needed to know why I was here, what the meaning of life was and to discover who "I" really was, but Mr. Cayce's life work of over 14,000 readings gave my life structure, a basis for finding my true path, and hope. 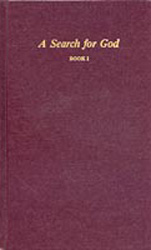 After reading There Is a River, I immediately started attending A.R.E. Study Group meetings working with the A Search for God books. They were hard lessons even though the titles seemed easy; cooperation was the first lesson and often took the longest to process. Over the years, I attended Search for God study groups in Los Angeles, Athens, Georgia, New York City, and London.

My mom and I started driving to Virginia Beach to attend lectures, and weekend seminars, and we would talk and talk and talk. We met the most fascinating people on the planet at A.R.E.

A.R.E. has always been my touchstone when it comes to spirituality and understanding who we are as human beings. After many years of wandering around trying to find myself, I did. I began working as a literary agent and selling manuscripts about Edgar Cayce's work to publishers in New York City.

I've worked with many of the metaphysical and new science organizations, sold their manuscripts, listened to their lectures and their complaints about the way television treats their work and how it trivializes the material. How it also devalues and sometimes even says "it's the devil's work." A.R.E.'s core membership seems dedicated to walk the spiritual path but has found no true outlet on television.

I've sold many of my client's books to be made into films or for television and listened to them as they "woo-woo-ed" it up. So many of these subjects—like near-death experiences, precognitive dreams, or psychic experiences—are meant to empower, to support, to inspire, and to give hope, yet few films or television programs do them justice. Instead they are used for shock value or to instill fear.

What could we do to get this message out through TV? I wondered. It became clear to me that the next natural step for me was to do it myself! That's why I founded Paraview TV. Paraview's goal is to bring work like that of the A.R.E. and Edgar Cayce to light—and in the proper light. To reach people with this same message of hope and empowerment that reached me so many years ago.

Paraview TV is now available online at ParaviewTV.com, and we hope to launch our FIOS network channel by mid-winter, before the end of the year. We are partnering with A.R.E. to bring information about Edgar Cayce and related materials to television audiences across the country.

Sandra Martin is an acknowledged innovator in the mind/body/spirit field and has dedicated her professional career to bringing the best programming and content from the genre to the widest possible audience. As an award winning Account Executive for PBS affiliate WHRO, she produced a weekly series on subjects related to mind/body/spirit before expanding to television for The Discovery Channel, NHK, TLC, and PBS. She created Paraview Literary Agency in New York City where she developed and introduced many of the concepts, experts and authors of this genre to the mainstream publishing world. In 2002, she became Senior Vice President of Content for Wisdom Television where she was responsible for developing and producing programming for the new linear cable channel. As founder and CEO of Paraview TV, she plans to fulfill the mission she began thirty years ago to provide the best and most important content to national and international audiences. To learn more, visit ParaviewTV.com.