My Victory Over Psoriasis and Psoriatic Arthritis
By Sudeshna D. Ghosh

My experience with psoriasis started when I was about 10 (I was born in December 1964) and lived in India. I mostly had lesions in my scalp at that time. We went to several dermatologists and were often prescribed special shampoos or even steroids. But nothing worked as a complete cure. I continued to have these lesions in my scalp that itched, and sometimes bled when I scratched.

In 1992 my husband and I came to the United States. My lesions continued to bother me. In 2004, I started noticing swelling in the middle finger of my right hand. Gradually several other fingers in both hands started to show some inflammation. It took some time to be diagnosed with psoriatic arthritis. I was given a prescription medicine, but it didn’t give me much relief. I was still looking for a cure when a friend referred me to Dr. John Pagano, a chiropractic physician. My friend had had severe psoriasis all over her hands and legs, but she was quickly recovering because of his dietary regimen and therapies. I saw his treatments working right before my eyes, so I decided to consult with him. All my consultations were over the phone, since he lives in New Jersey and I live in Virginia.

Right at my first consult (sometime around the end of 2005) he asked me to change my diet and stay away from nightshades—tomatoes, peppers, and white potatoes. He also asked me to avoid refined white flour and refined sugars, and gave me a list of foods that can make the body acidic and trigger inflammation. I worked on doing everything he suggested to make my body alkaline. He also gave me shampoos and oils that really helped my scalp. I started doing warm peanut oil packs on my fingers, and bathing in water mixed with peanut oil. I also read his book Healing Psoriasis and implemented the therapies suggested.

Back in 2004 both hands and feet were inflamed, and by 2005 both my knees were affected as well. Then, after consulting with Dr. Pagano, I slowly started seeing results. Natural therapies take extreme discipline and dedication, and results come slowly but surely. It also takes persistence and consistency, which means sticking to the regimen with total faith, and doing the same things day-in day-out, every day, knowing it’s going to work. Positive mental attitude and confidence plays a big role in natural therapies.

One more factor that worked in my favor was taking a supplement with omega-3 fish oil in addition to a multivitamin. I used a pharmaceutical-grade brand, free of contaminants and sourced from wild fish caught below polar ice caps. I also took a probiotic that helped in cleaning my gut of bad bacteria, and populating it with good bacteria.

By the middle of 2006 the inflammation in my joints was reduced considerably, and by the end of 2006 it was completely gone. My scalp lesions which caused such pain for almost 30 years of my life were completely gone! By the middle of 2007, the knee pain was completely gone. Today, November 2010, at age 45, I remain completely cured and completely free of psoriasis and psoriatic arthritis. Because of Dr. Pagano’s dietary regimen and the supplements, my life has been changed. Psoriasis and psoriatic arthritis can immobilize and make life a bitter struggle. I am fortunate to have found something that worked for me. My prayer is that many more people afflicted with the disease find solutions that work for them. 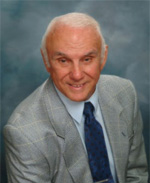 Sudeshna D. Ghosh is a patient of Dr. Pagano’s and an A.R.E. eMember.  John O. A. Pagano, DC, is a chiropractic physician who for 40 years has conducted research on the natural healing of psoriasis and eczema, conditions that afflict millions of people throughout the world. He is the award-winning author of Healing Psoriasis: The Natural Alternative and Dr. John’s Healing Psoriasis Cookbook…Plus! soon to be available in its third printing. His latest book One Cause, Many Ailments: The Leaky Gut Syndrome. He has been a featured guest on many programs including on CNBC’s America’s Talking, NBC’s Unsolved Mysteries, WABC TALKRadio, and WOR’s Dr. Ronald Hoffman Show. His work has been featured in Alternative Medicine and Dermatology Times. Dr. Pagano has lectured on five continents and presented his work at the Parapsychology Society of the United Nations and before the Dalai Lama; 500 international physicians at the First International Conference on Holistic Medicine in Bangalore, India in 1989; and Russian Academy of Science in Moscow in October of 2009. He will be traveling to Paris from January 12-16 with the National Press Club and while there will present a lecture at the Librairie Le Cornaline and book-signing in conjunction with the launch of Healing Psoriasis: The Natural Alternative in the French language. You can learn about Dr. John Pagano and his work online at Psoriasis-healing.com.