Otherworldly Experiences on My Journey
By Kathleen Westberg

For Life and its expressions are one. Each soul or entity will and does return, or cycle, as does nature in its manifestations about man; thus leaving, making or presenting—as it were—those in infallible, indelible truths that it—Life—is continuous. And though there may be a few short years in this or that experience, they are one; the soul, the inner self being purified, being lifted up, that it may be one with that first cause, that first purpose for its coming into existence. (938-1) 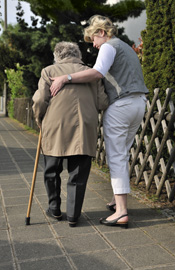 Several days later as I was sitting pensively by my computer and thinking of my next task, all of a sudden an aroma filled the room. It was a different smell, hard to identify at first, but very familiar. As the scent filled my nostrils, I looked up and said, “Dad?” I immediately picked up the telephone and called the nursing home.

“How is my dad?” I asked, feeling anxious. The nurse said he was still the same the last time they checked on him.

“Okay, I will be there right after work as usual,” I said. 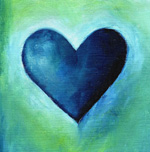 I left the office a little early that day. Something was nagging at me to get on my way, but the harder I tried to leave work, the more I was delayed by one thing or another. I was thinking how I wished I had trusted my intuition and insisted they check on him right away. Finally, I was on my way, driving the ten miles to see him. I started to drive very fast. I felt an urgency deep within my being. A city bus pulled out in front of me, and I almost sideswiped it. Okay, I thought, that’s it, slow down and take it easy or you will never get here alive. I thought about the aroma during the drive. What did that mean? I had never experienced anything like that before. When I arrived at the home, I rushed to the door and was met by the nursing supervisor. 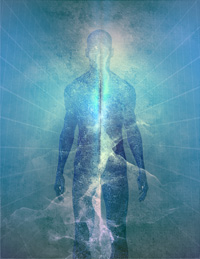 “We tried to call you,” she said, “but you had already left. Your father just died.”

It was November 1, All Saints Day, a Catholic holiday. I considered that to be a bit ironic. Dad was anything but a saint, but he was a Catholic. Dying is so weird.

Two weeks after Dad’s death, I was going through some of his belongings—a few small items and pictures that had meant a lot to him. I began reminiscing and touching each little article carefully. All of a sudden, I became aware of the same scent that had caught my attention a few weeks earlier.

“Oh my gosh, is that you, Dad?” I said out loud. The aroma lingered for a short time and then dissipated. My dad had made a visit, I was sure of it.

In the springtime of the following year, I visited my sister Loretta’s grave at a quaint little cemetery on the edge of town in the upper peninsula of Michigan—the place my sister had lived and died so long ago. Standing at the grave, I asked her if she had seen our dad yet. There it was again, that same scent that I associated with my dad, in the open air of the cemetery. Tears came to my eyes as I felt they indeed had connected. Maybe we all three had connected, but then again, maybe we had always been connected, more so than I could have ever imagined. It was a wonderful thought.

Never one to be completely satisfied with being told how to think, I began searching for my own spiritual edge to hang on to when my religion left me unprepared to handle the deaths of my loved ones and the transitions that midlife brings. In the midst of my searching, I “accidentally” discovered Edgar Cayce and the A.R.E., which to this day I still use to expand my horizons. Because of Cayce, I have a renewed connection with God and have found that life brought me back to my creator and myself, and the gifts I discovered are innately a part of one’s being from inception.

For many an individual entity those things that are of sorrow are the greatest help for unfoldment. (3209-2)

Kathleen Westberg is an A.R.E. life member and a long-time “A Search for God” Study Group member, worked in the healthcare field for many years using her love of energy work and intuition to enhance the wellness of others. She was touched by death at an early age, and over time and generations learned how to communicate with her loved ones who passed away. Her new book, Dying Is Weird: A Journey of Enlightenment is the story of her family and its turn-of-the-century Catholic roots, as well as Kathleen’s own transitions from growing up in the rural Midwest to raising her own family and adjusting to city life. It chronicles a great-grandmother’s spiritual evolution and her humorous and enlightening experiences with death and family relationships. Her website is KathleenWestberg.wordpress.com.