The COVID-19 pandemic and spring arrived together. In California, we started observing the stay-at-home directive in my county two days before the state-wide mandate. Now that I had to hunker down, I decided to begin my spring cleaning. Several projects were already penciled in my calendar for the rest of March through the end of April. While cleaning up files, magazines, and books, I found a Venture Inward Newsletter article by a former trustee of the A.R.E., Don Carroll, that I had mis-filed. I read it again before my meditation the next morning.

As is often the case during meditation, my affirmation will focus on an aspect of a recent event. It might be a conversation, or something I have read, or I have seen while out and about. These days, there isn’t much “out and about.” Actual conversations, instead of text messages, are happening more in my life. My sister had shared something one of her friends had texted—that we are in a “time-out,” like little kids when their parents have had enough. Only this time-out is on a massive scale.

In the spring of 2015, Don wrote that we humans are destined to become companions and friends with God. “We are all children of God. God, as a parent, knows that sooner or later, we will all grow up and mature.” Don also wrote, “I sometimes feel as if God is the parent of 7 billion eight-year-olds, loving them all and anticipating, with great patience, their growth to adulthood, to a state of friendship.” God as the Parent, and like all good parents, God knows when to push us and when to let go. That metaphor works for me. God as the Ultimate Parent. Perhaps we’re all in a time-out, but our Parent won’t give up on us.

I have no biological children in this life. I had two younger sisters, but one died during the H1N1 epidemic in 2009, this time of COVID has a certain poignancy. My sister and I have talked about the similarities with H1N1, but especially the differences, both with the disease and with the stay-at-home order. Even though we live barely five miles from each other, the busyness of our lives (hers with her job and a college-aged daughter at home and me as the primary caregiver for our mother and a volunteer with four non-profits) often prevents us from connecting more than once a week. Our primary communication mode is texting; sometimes, she would pick me up on her way to some errand, just so we could talk face-to-face in the car. Of course, that doesn’t happen now.

As the oldest sibling, I have memories of our family she wasn’t around for or old enough to remember. We have no first cousins as our parents were only children. It’s just us now, and our mom has dementia, so in many ways, it is really just us.

Following Don’s theme, along with God as our Ultimate Parent, we also have an Elder Brother. I’ve been working with Hugh Lynn Cayce’s lectures on Jesus as our Elder Brother over the past few months. Like the word “Parent,” “Elder Brother,” also resonates with me. Because of the path trod across many, many lives, Jesus made it possible for us to achieve the same outcome—to recognize our oneness with the Oneness. As Don observed, “we are given all the time and lifetimes we need” from a perspective here in the earth plane.

Continuing with the family metaphor, it’s nice to have a sibling who has been there before. I may not have a brother, elder or otherwise, in this life, but I do have an Elder Brother. I often say that Jesus is a sounding board for me. Hugh Lynn used the simile of comparing Jesus to a magnifying glass that shows us our current condition up close. A magnifying glass can also shine light on that condition to burn it away.

In California, we’re five months into our stay-at-home “practice.” The once-a-week grocery trips and the occasional bank visit are now routine. I use the word, ‘practice,’ deliberately. Like a meditation practice, being at home with a select number of people for long periods of time is like being in a retreat. We can look with that magnifying class at our family situations and observe ourselves. We can remember the good and the not-so-good, understand things we may have missed at the time they happened, or things that we simply misunderstood. During this practice, we might even learn new things about the souls we chose to be with in this lifetime.

The major theme of Don’s article is that we are ultimately on a path of becoming co-creators with God. The metaphor of parent and offspring makes sense in our three-dimensional world because that’s what Life is. As a biologist by academic training, I see natural law in the life cycles of parents and their offspring as the current generation gives way to the next. Because we are ultimately spiritual beings, we are also bound by another law: the law of love. It’s our nature to grow, learn, adapt, and become co-creators with God.

In reading 254-101, paragraph 6, Source said, “Knowledge, as has been given of old, that has caused man’s uprising and downsitting, is from misapplication of law. Know that thy God IS law; that law is love.” In the same reading, paragraph 26 (a message to [1530]), “Let not thy heart be troubled. Ye believe in God. Believe also in His purpose with thee. Faint not because others may disagree with thee. Hold to the law of love, and LOVE will hold to thee!”

Law is Love. It is our purpose to become Co-Creators with God. When we do so, we bring our portion of the Infinite into the finite; that is, we apply our spiritual nature to physical nature. That includes our “physical” families. Perhaps the world is in a time-out, and perhaps our Parent is “home-schooling” us now, but our Parent won’t give up on us, and neither will our Elder Brother. 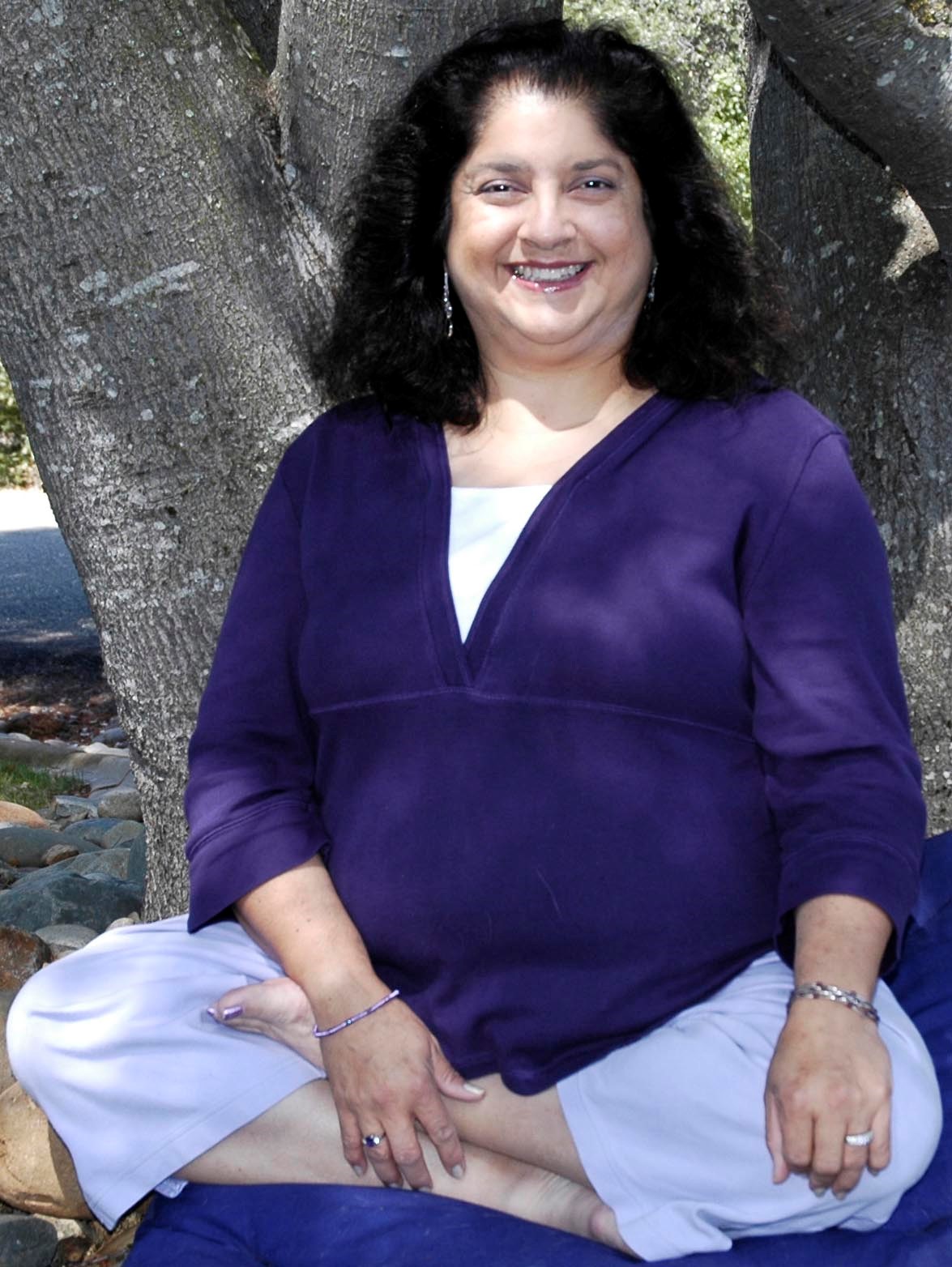 Gorgiana Mari Alonzo, M.A., is currently serving on the Board of Trustees. As a child, she discovered Cayce through There Is A River. As a college student at the University of California, Davis, she joined the A.R.E. and then became a Life Member in 1989. She was a member of the Northern California/Northern Nevada Region when the region was founded in 1987. She took early retirement in 2007, after 27 years as a science specialist in communication products; later, she became a technical editor for the World Energy Council and the Intergovernmental Panel on Climate Change, an intergovernmental body of the United Nations dedicated to providing the world with objective, scientific information relevant to understanding of climate change. She teaches computer basics for a local Apple Users Group. And, she’s been a yoga teacher since 1995 and teaches senior yogis in her community.

NOVEMBER - The Biology of Reincarnation