We know that Edgar Cayce correctly predicted the stock market crash and Great Depression of 1929, the beginning of World War II, the shifting of the Earth’s magnetic poles (which scientists confirmed the beginnings of on a 2004 NOVA TV show titled, “Magnetic Storm”), and the coming of El Nino and La Nina, stating that changing temperatures of the deep currents in the Pacific Ocean would affect weather patterns. Now many people are closely watching the volcanoes Vesuvius and Pelee because of Cayce’s warning about their unseen connection with the fault lines along the southern coast of California.

There is a growing sense that volcanic activity and the quaking shifts of the massive tectonic plates of the Earth are interconnected around the planet. When an earthquake or eruption occurs in one part of the planet, it is followed by an eruption or quake in another part, sometimes on the opposite side of the planet. Cayce’s visions seem to confirm this. For example, he predicted that when we see noticeable eruptions in the long-quiet volcanoes of Vesuvius or Pelee, then three months later there will major earthquakes along the southern coast of California that will cause an inundation of the land from the Salt Lake in Utah to the southern portions of Nevada.

Mt. Vesuvius is the infamous volcano that destroyed the ancient city of Pompeii in 79 A.D. It is located east of Naples, Italy. It is considered to be one of the most dangerous volcanoes in the world. Mt. Pelee is in an island arc of the Caribbean called Martinique, in the Lesser Antilles between Puerto Rico and Venezuela. In 1902 the explosion of this volcano was one of the worst in recorded history. It is near the city of St. Pierre, which was destroyed in the 1902 eruption, and then rebuilt. Pelee erupted again from 1929 to 1932. It is among the deadliest volcanoes on the planet. 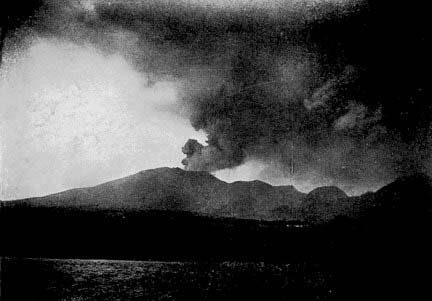 If either one of these two volcanoes erupts, Cayce predicts that earthquakes will follow three months later in the southern coast of California, and these quakes will cause a damaging flood from Utah to southern Nevada.

Amazingly, Edgar Cayce tied these prophecies to the prophecy in the Bible made by the archangel Gabriel to the prophet Daniel, stating that “These changes in the Earth will come to pass, for the ‘time and times and half times’ [Gabriel’s timetable] are at an end, and there begin the periods of readjustments.” Cayce sees these Earth changes are the “birth pains” to a coming new era when the Earth will enter a long period of higher consciousness and soul growth, in which brotherly and sisterly care for all people will prevail. Following the changes, which he sees as cleansings, he sees a golden age for the inhabitants of our blue and white planet.

JOHN VAN AUKEN, a director at the Association for Research and Enlightenment, is an acknowledged expert on the Cayce readings, the Bible, ancient prophecies, world religions, meditation, and ancient Egypt. John conducts seminars in the U.S. and abroad, and is a tour guide to the many sacred sites around the world. He is the author of numerous books, including Ancient Egyptian Mysticism and his latest, Toward a Deeper Meditation.

All readings are available in the member-only section.
Edgar Cayce Readings © 1971, 1993-2005 by the Edgar Cayce Foundation. All Rights Reserved.