One of the advantages of working for Atlantic University is that I can attend the weekly lunchtime meetings of the Egypt Study Group in the A.R.E. Visitor Center. Ann Clapp, who compiled the Edgar Cayce Library Series volumes on Egypt, founded the group at the urging of Elizabeth Waitekus, now co-facilitator with Ann. This group has waxed and waned during the past 16 years but its current mode is of exuberant growth. The focus of our study is the era approximately 10,500 B.C., when, according to the Cayce readings, Ra Ta, or Ra (an early incarnation of Edgar Cayce) was High Priest in Egypt. Also incarnated in Egypt at the time were numerous members of what we have come to call Cayce’s “soul group.”

This era, the readings tell us, was “one of the most momentous occasions or periods in the world’s history” (Edgar Cayce reading 900-275). Great efforts were made to develop human beings physically, mentally, emotionally, and spiritually to fulfill our highest potential. This effort was pursued in the ancient temples: the Temple of Sacrifice, the Temple Beautiful, and the Great Pyramid. The tenets put in place in Egypt at that time were those later taught by the Master—who studied in Egypt, among other places, during his time of preparation.

Despite the archetypal enormity of their activities and the challenges they met, people of that time in Egypt seem to have been much like people of our time in so many ways—having many of the same appetites, temptations, failings, and struggles. 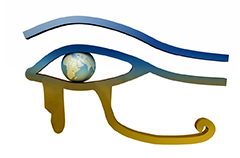 One theme emerges time and again in these readings, though expressed in many different words. In the Egypt Group, we keep a small bell on hand and jingle it each time this refrain is repeated in the text.

From life reading 97-2: “In the one before this we find in the land now known as Egypt. The entity then among that peoples who gave the first study of the laws as pertaining to the relationship of man to man, and man to the creative energies…”

From life reading 2652-2: “...with the acceptance of that taught by those that set up the study of the relations of man to man, and man to God, and God to man. The entity gained in the application of same…”

From life reading 355-1: “the entity...aided in bringing much to a peoples... for the maintaining of those influences where…there might be given greater expression to the manifestations of the relationships between man and man, and between the Creative Influences…”

Ra Ta and his colleagues sent emissaries to other nations to share these teachings to correlate them with the spiritual understandings of other people.

From reading 1159-1: “...The entity made for an assistance in those activities when there were the correlations of those teachings from the peoples of the land now called the Indian, or the land of Saneid, the land of On, the people from the Mongolian land, as they gathered in those experiences for their correlation of the best in each that...might be applied...as they sought to make for greater and greater manifestations of their dealings with their fellow man and their activities that brought them in closer relation-ship and understanding with the Creative Forces.”

The theme was stated clearly in a reading Edgar Cayce gave for himself: “Let’s don’t forget the thesis, or the key for which all of this understanding had come: That there might be a closer relationship of man to the Creator and of man to man.” (294-149)


In 1928, reading 254-42 was given for the Board of the Association of National Investigators—a precursor of the A.R.E—which indicated that this should remain the prime directive for the Work:

“...This, then, should be first and foremost: The determined purpose...to have whole hearted cooperation, in a one-minded purpose, and that purpose to make manifest the love of God and man; man's relation to man; man's relation to God. In THIS there must come, as has ever been given, success in such terms as the service is meted…” In 1929, reading 2087-1, given for the development of Atlantic University (and specifically for its first president, William Mosely Brown) stated: “This shall be kept first and foremost in the heart and minds of each and every individual. Not as a tenet to blind the eyes of any. Not merely as a catch-phrase…but rather as a living motto in the hearts, in the lives… of each and every individual, whether this be the truckman, the gardener, the instructor, the pupil, or he that would head such an endeavor - but let it ever be ‘That We May Make Manifest OUR Love, MY Love, ALL Love, for God and Man’.”

Today, written over the doorway of the A.R.E. Visitors Center are the words, “That we may make manifest the love of God and man.” 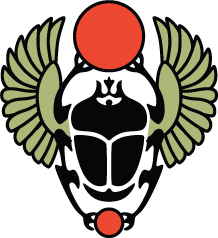 Still, we might need to remind ourselves that our organization exists—now as in ancient Egypt—to foster a closer relationship between man and God, God and man, and man and man. Let us remember this and claim the promise given in reading 2673-1: “... may it be said of self—‘Even the stars in their courses will fight for the entity’ in aiding others to understand their relationships with the Creative Forces and their fellow man!”

Lynne Salomon Miceli is a founder and former director of the A.R.E of N.Y. Center. She lives in Norfolk, Va., and is the registrar at Atlantic University.

(Adapted and reprinted by permission from the article “The Heart and Soul of the Cayce Work” in the Oct-Dec. ’13 issue of The Open Door, newsletter of the A.R.E. of New York Edgar Cayce Center. Visit them online at EdgarCayceNYC.org.)