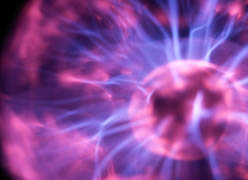 During the summer of 1991, I began to notice an occasional numbness in some of my fingers. Unexplained muscle spasms and tremors also began to occur. Once, I felt a powerful electric shock go down my spine. At times, I would be walking along on a smooth, flat surface and, for no apparent reason, stumble. Occasionally, I would chew a bite of food, attempt to swallow it, and nothing would happen. I was beginning to choke on fluids that "went down the wrong pipe." My speech was becoming a little slurred. At times, my face would contort in an embarrassing and uncontrollable manner. I was having trouble completely emptying my bladder. Sometimes, I would experience episodes of blurred vision, see flashes of light, and have an annoying itch behind my eyes. My memory was beginning to fail. I would often be unreasonably fatigued, inordinately depressed, and, on a few occasions, inexplicably euphoric. During minor confrontations with co-workers, I tended to become almost hysterical.

My symptoms were aggravated by hot showers, heating pads and hot water bottles, hot environments, stress, certain viral infections, and, in particular, a flu shot I received in the late fall of 1991. It was obvious that I was developing a very serious and pervasive health problem. Based on the symptoms, I concluded that I had multiple sclerosis (MS).

After a study of the Cayce readings, I decided to employ the radial appliance (beginning in November of 1991) in continuous cycles of 28 days (with a five day hiatus or "rest" interval between each cycle), using it with three ounces of gold chloride solution (in a concentration of one grain per ounce of distilled water) in the solution jar. The radial appliance has a copper and nickel electrode for application. I applied the nickel electrode to my abdomen, slightly above and to the right of my navel, putting a folded towel and pillow over it to keep it in place. Its application site was always the same for each day of the cycle (only the copper electrode changes position), and it represents the location of what the readings refer to as the "umbilical and lacteal duct plexus."

At the end of the 28 day cycle, I would discontinue using the appliance for five days, after which I would repeat the cycle all over again.

I followed the above regimen faithfully, and within a few months I began to experience considerably less fatigue. Within two years, all signs and symptoms of multiple sclerosis gradually disappeared and have not returned—except for brief periods during and/or following certain viral infections (such as the flu), unusually stressful situations, or when I eat something to which I am allergic, sensitive, or intolerant (e.g., anything containing gluten).

While the basic cause of my condition has not as yet been corrected, my symptoms are in remission. Perhaps, as I continue to employ the Cayce remedies, maintain good nutritional habits following the Cayce diet, utilize massage, keep a positive mental attitude, and maintaining a high spiritual ideal, the basic cause will be eliminated, and I will be "cured." In the meantime, I am quite content to be in a state of remission, and if that state should continue indefinitely, I should be equally content.

During the spring of 1999, I had reason to believe that the radial appliance which had served me so faithfully was, for some unknown reason, only functioning intermittently. In May of that year, I began using the wet cell battery, employing it in the same manner as I had the radial appliance, but without the rest interval. In December of 2003, both as an economy measure and as matter of convenience, I resumed use of a new radial appliance.

In March of 2004, I decided that my condition had stabilized to the point where I no longer needed electrotherapy and discontinued using gold chloride solution. I continued to use the radial appliance in the same manner I had initially many years before to promote mental, physical, and spiritual balance (that is, with the standard wrist/ankle attachment of the electrodes).

Beyond that, I took a largely dietary and nutritional approach to treating my MS. In July and August of 2004, I added, respectively, colloidal silver and colloidal gold to my daily regimen. In April of 2007, I added glyconutrients (eight essential sugars) and Low Dose Naltrexone (LDN).

So far, by the grace of God, my MS-related symptoms remain in remission.

Dudley Delany is a retired chiropractor, massage therapist, registered nurse, and graduate pharmacy technician. He was recently ordained as a minister and graduate of the BBN Bible Institute and is the pastor for a small church in Virginia Beach. He is also the author of the book The Edgar Cayce Way of Overcoming Multiple Sclerosis: Vibratory Medicine. To learn more about his work, visit Webspawner.com/users/multscler1/index.html.

The information contained in this blog article should not be regarded as a guide to self-diagnosis or self-treatment. The cooperation of a qualified health care professional is essential if one wishes to apply the principles and techniques described here. Inside this rectangular structure are two carbon steel plates, separated by panes of glass and surrounded by carbon blocks and charcoal. Visit Baar Products, the exclusive supplier of Edgar Cayce remedies at Baar.com.