Before I work with clients using Emotional Freedom Techniques (EFT or “tapping”), I tell them that things may change drastically and unexpectedly after we clear emotional distress, because I want to make sure that they attribute the changes to the tapping that we have done. If they fail to attribute the changes to the tapping, then the magic of tapping will be lost on them, and future tapping opportunities may be missed.

For example, my client, “Ben,” recently called me in a state of distress and asked to tap on the spot. As a lawyer working for a Wall Street firm in New York, he was so overwhelmed, he didn’t know what to do. Due to time constraints, our emergency session was intensely focused on reducing emotional charges without discussing any details of the situation he was experiencing. Ben is an experienced tapper, so we were able to work quickly.

I had Ben briefly explain the numerous overwhelming aspects of his current situation. Each time he got to an emotionally charged place, I asked him to focus all of his attention on feeling the emotion (while paying particular attention to any physical sensations) and to avoid switching to the mental state of telling the story.

First, Ben was dismayed because a colleague had turned out to be less of a team player than Ben had hoped, keeping himself in the limelight without attributing work to Ben. Ben explained that he felt confused, angry, and betrayed. Ben really wanted to discuss the details and mentally figure out what had happened and whether or not he had done anything to cause the colleague’s apparent shift. I guided him to simply feel each emotion, without talking. I explained that when you focus on an emotion and there is no resistance, the emotions clear in moments. Ben’s confusion quickly gave way to anger, betrayal, and sadness.

Next, Ben switched to his distress about being trapped in an out-of-balance life, believing that he had few viable options for making a life change. Without discussing the details of his situation, I simply had him feel the feeling of being trapped. I explained briefly that this was surely not a new feeling, but rather one that has repeated, and would continue to repeat, unless the original source of it cleared. We didn’t have time to search for and find root causes, so I again directed him to focus fully on feeling trapped.

Rather than tapping globally on this overwhelming job situation, I kept identifying each aspect as it arose and encouraged him to pause and feel each one while tapping. Each time he advanced to another aspect.

As we continued tapping, Ben became concerned that the supervising partner would judge his performance negatively, because the partner was unaware of all the facts. I had Ben imagine the partner standing in front of him in a judgmental stance looking skeptical and disapproving. Ben felt that and continued tapping.

When we ended, Ben was emotionally more calm. Within 12 hours, Ben reported that the following things had happened:

Relief comes when we tap on emotions, rather than getting stuck in the story. As emotions clear, cognitive shifts happen, and as we change our underlying core beliefs, our environment changes to align with these beliefs.

Whatever your current challenge(s), tap along with this introductory video aimed at alleviating winter blues:

If the phrase “winter blues” does not resonate for you, jot down an issue you’d like to resolve and tap along, talking over me with your own words.

Whatever approach you take, you will get results as long as you tap along. 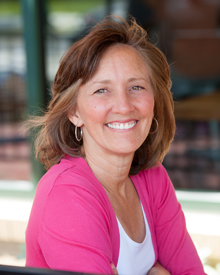 Jan L. Watkins, JD, MSW, is a coach and psychotherapist whose practice integrates traditional and nontraditional modalities, including Emotional Freedom Techniques (EFT), Eye Movement Desensitization and Reprocessing (EMDR), and other energy psychology techniques. Jan is an international EFT Universe expert practitioner, trainer, and mentor. She contributed to the Clinical EFT Handbook, Volume 1. For more information on her work, visit JanWatkins.com.

See all by Jan L. Watkins

Your Practical Guide to Body-Mind-Spirit Health

Dr. Shealy was first introduced to the work of the "father of holistic medicine," Edgar Cayce, in the early 1970s. Cayce was the inspiration for his transformation from traditional medicine to holistic alternative therapies, which he has now pursued for more than 30 years.