The Age of the Lily
By Sharon Falk

In Kevin Todeschi's book Edgar Cayce on the Akashic Records, he states that Cayce foresaw a promising Aquarian Age which he described as "the Age of the Lily." He says that "the readings depict this collective future as an age of purity when individuals, at long last, will come to understand their true relationship to the Creator. It will be a time in the history of the world when each individual realizes her or his responsibility toward all others. Regardless of the standing of any particular nation, there must "be the greater consideration of each individual, each soul being his brother's "keeper" (3976-18). That consideration will lead to what Cayce called a "leveling" in which humanity will understand that all are equal and "that each man will live for his fellow man!" (Edgar Cayce Reading 3976-29) 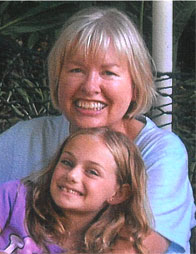 I was particularly struck by his phrase, "The Age of the Lily," as I have a 10-year-old granddaughter named Lily, and I have often pondered what kind of world her generation will inherit. It seems relevant to contemplate this benign prophecy during this pivotal year of 2012. When one reads the newspapers, it is easy to become disheartened by the rampant violence and cruelty that the human race seems capable of. It is an enormous comfort to believe that, in spite of the way things look, we are nevertheless slowly growing in awareness of our oneness with all things. Edgar Cayce said, "For you grow to heaven, you don't go to heaven." (3409-1) and it is precisely this growth in consciousness that will eventually bring about the peace we all desire deep in our hearts.

The realization of our connectedness with one another will bring in a collective future of unprecedented prosperity and peace. I don't know if it will happen in my granddaughter's lifetime, but Cayce could see this future unfolding in the Akashic Records as the souls of men awakened to their true relationship with God. Cayce says that "Man can only begin, then, within himself." (3976-23) We have come into this dimension to evolve and expand our consciousness, and it is up to each of us to help bring about this eventual transformation within ourselves.

What kind of world will this future be? We would imagine that it would be one where we would all be aware of our relationship to the whole. No one would go hungry, no one would be without shelter, and no one would be without opportunities for education or medical care. A time when the planet would be respected and treated with loving care. A time when the advances of science would be used to encourage a feeling of oneness throughout humanity. Science would view the basic stuff of the universe to be consciousness and put paramount importance on how our thoughts affect each other.

Maybe they would have created the "etheronic machine" that Cayce predicted in a reading 443-5. He stated that it would eventually be possible to create a machine that could read the Akashic Records that are "written upon the skeins of time and space." Each individual would be able to access his or her own past lives and see how they are impacting the present life. People would understand their relationships with the important individuals in their life and be able to work toward healing them.

They would be humbled by the realization that they alone are responsible for their circumstances and would be motivated to express love and compassion toward all living creatures.

In this wonderful future, everyone would realize that just as Cayce stated, "time and space are literal only to the consciousness of the finite mind" ( 2000-3) and that "viewed from the spirit, much of time and space in a material concept loses its relationship—and becomes now" ( 2981-1). If what we consider the past and future is really only now, then as Kevin Todeschi says, "Since time is ultimately an illusion, past lives would have to be fluid as well. Ultimately, we should be able to change our past-life experiences as readily as we can create our tomorrows." Imagine how liberating that would be—to realize that there is no pain, no regret, no memory that cannot be ultimately healed. Imagine how wonderful for all of humanity to realize that ultimately our consciousness in not limited but able to become aware of other realities happening now within the soul's journey?

During this year of 2012, rather than feeling helpless in regard to the world situation, let us concentrate on Cayce's promise of a future where we all manifest our spiritual essence on a daily basis. Cayce says that in "the passage of a soul through time and space, through this and that experience" the purpose is to provide opportunities to express mercy, love, and patience toward one another. (Edgar Cayce Reading 938-1) How wonderful to imagine a future time on Earth in which we all are striving to do just that!

Sharon Falk
Sharon Falk's grandmother introduced her to the Edgar Cayce's readings when she was a teenager, and she has studied his work ever since. She has had several articles published in Venture Inward magazine and is a longtime member of the A.R.E. Sharon is a retired teacher, has an M.F.A. from George Washington University, and loves to paint as well as write. She currently lives in Gig Harbor, Wash., with her husband and their cat, Mittens.