There are many new cycles that begin in 2018, and they will be fascinating to watch because the planetary positions will be pushing hard for a release of stagnation in power structures. We begin a process where dynamic electrical jolts of energy will spark change in big organizations and cultural ideas deeply embedded in society.

Uranus tiptoes into Taurus from May-October 2018, then fully enters the fixed earth sign in 2019. This energy will be felt like shock waves going through traditional, long-held structures in authority. Truly, new ideas are percolating under the surface as there is pressure for people who don’t have financial power to be heard.

We also have Saturn entering Capricorn and moving to a super powerful conjunction with Pluto in 2020. There will be a tremendous focus on the earth element for the next two years, and the emphasis will be on making necessary choices to bring our world back into balance.

A good analogy for 2018 is the process of composting. There’s so much going on under the surface—intense heat being generated, breaking things down, reforming matter, changing, and recycling what has traditionally been waste—to make it useful and productive.

We will see the result of all the symbolic microbes, fungi, and bacterial working to transform “waste” into fertile material as we get closer to 2020.

As an astrologer, I frequently look back in history to find when similar planetary positions were in place. The last time Saturn and Pluto were conjunct in Capricorn with Uranus in Taurus was in the 16th century. Fascinatingly, this pattern was influential when Martin Luther nailed his 95 Theses to the door of Wittenberg’s Castle Church. This led to the Protestant Reformation and shook the foundation of the Pope’s authority in England. Luther was called a heretic, and he suffered many years of personal attack because of his challenge to religious authority and hierarchy.

The Protestant Reformation happened during the reign of King Henry VIII, at a time when many people were tortured, beheaded, burned, disemboweled, and hung if they didn’t agree with royal authority. There was tyranny on many levels in the 16th century—and at that time the common person didn’t have much of a voice or a choice!

The very same planetary patterns in late 1517 that brought about such huge revolutionary change in religious authority are lining up to spark reform again—now in the 21st century.

Our culture has changed tremendously in 500 years, and certainly we don’t have to be concerned about literally losing our head if we challenge authority. However, I believe we have very “interesting” social changes coming up, and we will need to be most mindful of maintaining a focus on mastery of our state of mind during this potentially volatile time.

Edgar Cayce often reminded people that we have FREE WILL to direct our behavior to flow with the highest manifestation of the planetary patterns. This concept of free will and the freedom to choose is something I, as an astrologer, hold near and dear to my heart. I consistently say that “PLANETS don’t do things, PEOPLE do!”

Even during the most intense planetary aspects, we can choose to consciously flow with the current of growth, instead of being victimized by outside influences. This concept of choice is very important to embrace right now because it is likely that the energy of reformation will flow through the world, and there may be moments when it is extremely uncomfortable.

So, as we move into these dynamic, revolutionary energies that will be building with intensity for the next two years, please remember that we can bring about wonderful new changes in the world!

We can use the planetary energies that are in process now to evolve and grow as a soul in the most amazing way. If we become more mindful of stagnation in our patterns, beliefs, and emotions, this can be a highly productive period of personal growth. Our understanding of how we respond to authority—and our relationship to obedience—needs to be examined.

Then, as to the influences from the astrological aspects or sojourns during the interim, know that these are merely urges. As to what one does with or about an urge is oft dependent upon what an entity holds as its ideal—and then the application of will as respecting same.

The deepest soul growth comes from the embrace and acceptance of the Divine signal from our own higher self! 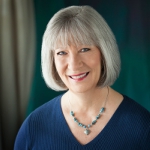 Kathy Rose is an astrologer with an international clientele. A Highest Honors Graduate of Noel Tyl's Master's Degree Certification Course in Astrology, she also serves as Tyl's Teaching Associate. Kathy has been published in The Mountain Astrologer Magazine; learn more about Kathy at roseastrology.com. See Kathy at A.R.E. Headquarters for a complete 2018 forecast.

See all by Kathy Rose

Subscribe To RSS
Search the Blog
Categories
The Meditation Experience 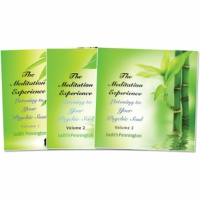 Listening to Your Psychic Soul

Three volumes to guide you into the depths of your psychic soul: Vol .1 - For inner peace, profound insights, and self-healing; Vol. 2 - To access your creativity, discover gifts within you, heal or transform a question, issue, challenge or block; Vol. 3 - To amplify and stabilize your alpha brainwaves—a frequency bridge to meditation and creative states.