Join
The Evolution and Revolution of Our Energy Bodies
Kala Ambrose

The experience of seeing auras is a complex subject to unravel. I’ve seen auras around people since I was a child. It never occurred to me that others did not see auras as well. For example, when you walk outside and it’s a sunny day and the light is so bright that it makes you squint, do you run to other people and ask, “Do you see the light outside, does it make you close your eyes a little, is the light yellow in color to you?” You don’t ask these questions, you just assume that what you experience is what others are also experiencing.

My first inkling that I was seeing something different occurred in elementary school. We had been assigned to draw a picture of our home and family. While coloring each family member, I colored outside the lines portraying the colors I saw around each person. I also colored around the tree I had drawn, as I see the auras of plants and trees. When my picture was critiqued, I was told that I had not done a good job since I had colored outside of the lines. As an empath, I picked up that the teacher was very displeased with my work, but I could not understand why. That brief conversation opened the door to my eventual understanding that others did not see colors around other people the way that I did. This was the beginning of my journey to read auras and determine what the colors and images that I saw in the auras meant.

During the last year of his life, Edgar Cayce began work with his friend Thomas Sugrue to write a book about his work with auras. This book was intended to reveal a full discourse on auras and colors, including Cayce’s notes on how he learned via observation with his clients, the meanings of specific colors and shapes in the aura. Unfortunately, his health took a turn for the worse and he died early that year in 1945.

Due to Cayce’s untimely demise, the compilation of his work and study of the auras was compiled into a 20-page pamphlet entitled Auras: An Essay on the Meaning of Colors (today available within the larger volume Edgar Cayce on Auras and Colors by Kevin J. Todeschi and Carol Ann Liaros). To this day, Auras is a popular reference guide containing helpful information including how the colors in the aura are connected with the planets and musical notes. This pamphlet is still available for sale through the A.R.E. catalog and bookstore.

From my experience in reading auras over the years, I’ve found that they are almost as unique as fingerprints. While some characteristics are similar in form including swirls and shades of color, each individual creates a distinctive pattern, which appears in their auric field. This field is comprised by the individual’s thoughts and emotions, as well as manifestations of energy coming into the body and thought forms, which have been around the person for some time.

People, who are able to view auras, see and sense them at different levels. Some are more attuned to see physical dis-ease before it enters the physical body. They may also see emotional distress in the auric field, or glimpses of the akashic records being worked through in this lifetime or they may just see the energy in motion around the person, which reflects their general wellbeing.

In my work as an esoteric wisdom teacher, I teach students how to read auras. We discuss the types of auras, their condition and how to heal an aura that has become damaged due to shock, stress or other harmful situations. I continue to experience new revelations when seeing auras and giving aura readings for people.

In the past ten years, I’ve seen new structures around the auras, that I do not recall having seen before. My theory on this new design in the auric field is that we are evolving at a fast pace and our energy bodies are being attuned right before our very eyes. It is happening so rapidly that the energy bodies around us are being reconstructed and are opening up to allow more light and energy to flow through our bodies now, more than ever before.

In the past four years, I have seen this gain even greater momentum, and the structures, which surround the auric field and energy bodies appear different in people according to their age and state of well-being. What I have seen forming in all stages of life is overwhelmingly positive and awe inspiring.

Auras, like so many natural gifts given to us, are powerful conductors of energy. Used consciously and with an understanding of their ability to be a pure vessel to hold the light, we can transform ourselves body, mind and spirit. In many ways they represent the symbolic sarcophagus, allowing us the opportunity and sacred space in which to regenerate, transmute and transform. 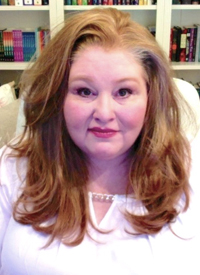 Kala Ambrose is your "travel guide to the other side!" An award-winning author, wisdom teacher, podcaster, and lifestyle expert, she helps entrepreneurs, seekers, and visionaries live their best life.  She is the author of six books including 9 Life Altering Lessons: Secrets of the Mystery Schools Unveiled, The Awakened Dreamer, The Awakened Psychic, and The Awakened Aura. She is considered to be one of the country’s foremost experts on mystic spirituality and intuitive ability and has taught thousands around the world how to connect with their soul path and create a life that is in tune with their life purpose and goals. She has been a speaker at numerous centers and conferences, appeared on TV and radio, and teaches wisdom seekers around the world through her Academy of Mystical Arts & Spiritual Sciences. Learn more about Kala at ExploreYourSpirit.com

See all by Kala Ambrose

Psychic Carol Ann Liaros and Cayce expert Kevin J. Todeschi have joined together to present a unique volume that teaches you to access your intuitive self in order to see auras and explore colors and auras in a way that provides practical tools for understanding that can be applied in your own life right now.