There’s no getting around it: a sense of destiny permeates the young adults, teenagers, and children of our world. And there’s no culture or society devoid of sacred stories that predicted this—the rise and dominance of what is often referred to as the Fifth Root Race.

The term root race refers to the gene pool in the human family. In older, esoteric literature and in legend, terms like life streams, life waves, new people, or even advanced beings were used to describe groups of folks who were decidedly different from their parents and grandparents. The more there were, the more assuredly they bore the mark of evolution–physiological and psychological traits characteristic of gene mutation.

DNA alters over time as a result of how people respond to the needs and stressors of their environment; these changes can be accelerated if transformative events, such as near-death experiences and spiritual breakthroughs, occur in numbers large enough to jumpstart the evolutionary process. Once the new traits overspread land masses and population groups, a genetic “makeover”–a species-wide-alteration–can result. That shift is now happening. Think of it as an update within the human family.

Of the many versions of root races that have emerged, the most well-known are from Theosophy (through Blavatsky, Leadbeater, and Powell), and from Edgar Cayce. The Theosophical version names seven progressions of such evolutionary change, beginning around 18 million years ago with the entry of spirit into matter (the First Root Race) and ends around 8,000 years hence when humankind is said to transcend the need for schools and social structures like what exists today (the Seventh Root Race). Cayce, however, spoke of that initial appearance of the First Root Race as happening further back in time?around 4.5 billion years ago. Curiously, he pegged the rise of the Fifth Root Race between 1998 and 2015. No one knows why he never mentioned any other evolutionary leap beyond that.

The timespan applied to a root race is considerable. For instance, the Fifth, according to Theosophical records, covered the years 10,000 BCE to 3,000 BCE in right-brained megalithic cultures and 3,000 BCE to 2,400 CE in left-brained modern cultures. The prediction is that during this period consciousness separated into two hemispheres–East and West–would fuse back together; a global leap in species refinement. This prediction, together with Cayce’s approximate dates of 1998 - 2015 for the entry period, is enough to necessitate that we take a deeper look. 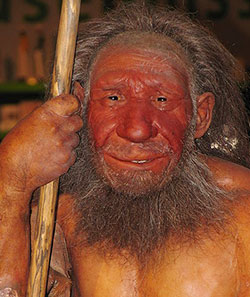 Toss the labels of indigo, crystal, starseed, rainbow, and psychic, as they mislead and exaggerate (also discard “golden indigos”). Then, bunch together the characteristics these labels supposedly describe, and you have the pattern of the “new” kids—a pattern around for a while in the gene pool of the human family that has finally overspread landmasses—and moved into ascendancy.

PMH Atwater, LHD, is one of the original researchers in the field of near-death studies, having begun her work in 1978, after having three such experiences of her own. In 2005, she was awarded the Outstanding Service Award from the International Association for Near-Death Studies (IANDS), and the Lifetime Achievement Award from the National Association of Transpersonal Hypnotherapists (NATH), as well as an honorary degree in Therapeutic Counseling from a school in Sri Lanka. She is the author of several books including We Live Forever; Death Experiences: The Rest of the Story, and her latest Children of the Fifth World.

NOVEMBER - The Biology of Reincarnation