The Mound Builders: Giant Skeletons and
the Soul’s Journey to the Sky
By Dr. Greg Little & Dr. Lora Little

Edgar Cayce gave 68 readings that in some way related to ancient America’s history. Of those 68 readings, a total of 14 directly discussed the mound-building culture that was active in America from roughly 3000 BC to historic times. Among Cayce’s statements about the mound builders was that the culture actually moved from the south to the north. He also related that the first true mounds were built in the south around 3000 BC.

With the injection of those of greater power in their activity in the land, during that period as would be called 3,000 years before the Prince of Peace came, those peoples that were of the Lost Tribes, a portion came into the land; infusing their activities upon the peoples from Mu in the southernmost portion of that called America or United States, and then moved on to the activities in Mexico, Yucatan, centralizing that now about the spots where the central of Mexico now stands, or Mexico City. Hence there arose through the age a different civilization, a mixture again.


Those in Yucatan, those in the adjoining lands as begun by Iltar, gradually lost in their activities; and came to be that people termed, in other portions of America, the Mound Builders.
(Edgar Cayce Reading 5750-1)


Hence throughout those periods the entity became then that one that led the first establishing of the activity in the varied lands that came to be known as later the Mayan, the Yucatan, the Inca, the Peruvian—and later the Mound Builders in the northern portions of the entity’s present sojourn. [Ohio?] (1208-1)

At the time of the readings these ideas were considered preposterous to mainstream archaeology. Today that same chronology is accepted. A 2001 book (Mound Builders: Edgar Cayce’s Forgotten Record of Ancient America) that we coauthored with John Van Auken detailed all of Cayce’s readings on ancient America and how well his readings matched what was currently accepted by archaeology and the emerging genetic research. Cayce’s readings about the ancient migrations to the America’s are startling and actually are now supported by modern archaeological research.

…the second generation of Atlanteans who struggled northward from Yucatan, settling in what is now a portion of Kentucky, Indiana, Ohio; being among those of the earlier period known as Mound Builders.


Then the entity was among those who supplied to the peoples the fruits of the soil, learning how to crack corn, wheat and grain, that it might be prepared into foods through cooking—though much in those periods was taken raw.
(Edgar Cayce Reading 3528-1)

According to Cayce, the mounds were erected as replicas of the Yucatan, Atlantis, and Gobi experiences. The mounds and earthworks were built by people migrating into the Americas in several waves beginning as long as 50,000 years ago. These waves of people entering the Americas merged with the tribes already present.

For some years we have conducted A.R.E. tours of America’s mounds. While the mounds and earthworks of ancient America are truly worthy of visits on their own merit, the major reason the A.R.E. has sponsored tours of them is because they are mentioned in Cayce’s readings.

The A.R.E. Ohio/West Virginia Mound Builders Tour from July 8-13, 2014 will visit nearly 50 mounds. For the first time be allowed access to mound sites that mimic the layout of the Center City of Atlantis as described by Plato some 2,400 years ago. We will also visit the largest and most extensive set of geometric earthworks in the world in Newark, Ohio. 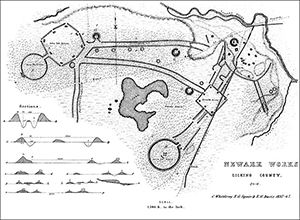 At Newark there remains a well-maintained set of earthworks that nearly defies description. A near-perfect circular earthwork formed by an outer wall of earth 8-14 feet high encloses 20 acres. Attached to the circle is a massive octagon formed by walls of earth. The octagon encloses 50 acres. At each corner of the octagon stands a truncated earthen pyramid.

It is accepted by mainstream archaeology that its function was to chart the 18.61-year cycle of the moon enabling the builders to predict eclipses. Also in Newark is a massive circular formation formed by a 14-foot high earthen wall with a 7-foot deep moat on the inside. There is one opening into the circle.

One of the key pieces of information that we’ll be presenting on the tour is precisely what these ancient people believed about death. Incredibly, the ideas we’ll present were only recently revealed by mainstream archaeologists. We’ll explore the journey of the soul in detail and visit Great Circle where we’ll conduct a Native American ceremony. Great Circle was a magic machine of earth, which was used as a way of pointing souls in the right direction and propelling them into the sky. Ceremonies will be performed at several sites along the way.

Some of the new mound sites we will visit are places where giant skeletons were reportedly excavated. There are more than 1,000 old newspaper accounts of giant skeletal remains being found at mound sites, most of which come from excavations done by the Smithsonian Institute in the 1800s. Many writers have accused the Smithsonian of being involved in a cover-up and conspiracy. It is a fascinating story and one that has both truth and exaggeration in it. But there actually were numerous skeletons excavated from mounds indicating that the individuals who were buried ranged from 7 feet to nearly 9 feet in height. Where did they come from and why were these tall people so revered as to be buried in the most prominent tombs?

The entity’s sojourns then were with those of a race of unusual height, unusual proportions to what might be termed in the present. For they were then the lords of the land… (1298-1)

What we hope to do on this tour is to truly explain what these mysterious people believed, why they constructed these incredible earthen formations, and what the implications of it might be. Some of the ceremonies we’ll perform will mirror what the Mound builders actually did at the sites. We’ll also explain the truth about the giant skeleton controversy. The facts of this story are actually much more interesting and intriguing than any fictional story generated to explain it. Andrew Collins and Greg Little are completing a well-illustrated book on the topic of America’s mound builders, the giant skeletons, and their beliefs about death. We plan on having it completed by the time of the tour.

Lora Little, EdD, has been a longtime student of the Cayce readings, especially focusing on his readings on archaeology, ancient biblical history, and spiritual development. She is coauthor of six books including A.R.E.’s Search for Atlantis and Secrets of the Ancient World. Gregory L. Little, EdD, part Seneca, is author of the authoritative guide to America’s mound sites, Illustrated Encyclopedia of Native American Mounds & Earthworks and co-author of Mound Builders. Both he and his wife have been featured in documentaries on Discovery, Learning Channel, History Channel, Sci-Fi, MSNBC, and National Geographic. 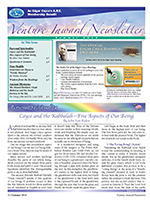 This is an excerpt from an article in the Summer 2014 Venture Inward Newsletter available online to A.R.E. Members at EdgarCayce.org/members. Dr. Greg Little will be a guest on Reflections: The Wisdom of Edgar Cayce television and internet radio talk show. For details and schedule, visit EdgarCayce.org/Reflections.