Most well-known healers, including those who have a specialty or technique to impart to others, embrace the notion of intent as a guiding principle in their work. Probably, next to centering (a grounding, meditative practice that usually precedes the therapeutic, healing sessions), intent is an all-important component of the process, focusing on the motivation of the practitioner.

This component involves several aspects. Not only does the healer need to have a strong desire to help, but also an understanding of how to achieve the goal and how to facilitate the intervention and relinquishment of attachment to the outcome. Understanding one’s motives (why one wishes to help or to heal) is part of the healer’s responsibility in self-learning, making the healing act one of careful consideration and mindfulness.

Before we present Edgar Cayce’s approach to intent, here are several explanations from the dictionary and from other healers that may help to clarify the meaning of intent.

As a noun, intent signifies a purpose or aim that is firmly directed or fixed, with some degree of earnestness and intensity. It implies a meaning or significance to an act that may not be explicitly expressed. There’s also a spirit of determination in carrying out the act.

“Early in the development of Therapeutic Touch” (a healing modality that has been taught to tens of thousands of health professionals), co-founder Dolores Krieger, PhD, RN, stated, “Dora Kunz and I had realized that a foundational concept underlying its efficacy was that the therapist rebalanced vital energies with intentionality. The connotation of that term ‘intentionality’ is not only that the will was involved—for example, wanting the person to get well—but there was also the implication that there is a goal in mind for the object of the intention. Logic would then suggest that Therapeutic Touch is being done as a conscious, mindful act based on a person’s knowledge of the therapeutic functions of the human vital-energy field.” (Therapeutic Touch: Inner Workbook, Bear & Company, Inc.). Dr. Krieger began to recognize that the mind directs the flow of energy, transferring it through the universal field. The therapist is helping the one being healed to relocate his or her own center; and the impetus for this transport of energy is the therapist’s intentionality.

Osteopath Dr. John Upledger received his introduction to the power of intent in the late 1960s, when he and other physicians began using acupuncture to treat patients at several free clinics in Florida. Some of the doctors had great success, while others didn’t—even on the same patients. As described in his book Your Inner Physician and You, Dr. Upledger at first thought it was suggestion, so the doctors tried to control any negative or positive comments about the expectation. What they discovered is a seemingly strong correlation in the practitioners’ unspoken attitude: Those physicians who genuinely believed in the beneficial effects of acupuncture got better results than those who didn’t. It became apparent that it wasn’t where or how the needles were placed that counted, but who put them there.

“The therapist’s attitude...has much to do with the success of the patient in his/her healing process.” Indeed, the success rate seemed in this instance to reach beyond technique. Cayce consistently emphasized the importance of attitudes for healing success. In several readings regarding massage, we have examples of intention on the part of the therapist. One 38-year-old man was given this advice, some of which was also aimed at the practitioner:

A gentle massage to quiet the body would be well, with prayer—and not by those who do not live what they pray. Do not merely pray that he will be well, but well for what? Do not pray for the body to be well for what the body can do for self but for those whom he has aided and also hindered.

...period for meditation and prayer, and for the conversation about the spiritual life to the unfolding mind and body.

Good conversations during massages were also mentioned in other readings. The quality of the massage was addressed in this reading:

Do not hurry through the massage. Take time to give same, and let it be done with the spirit of truth, of hope, of purpose, of the suggestive influence as will aid in establishing the coordinations needed for the rebuilding, the replenishing for this body of those conditions.

Often in the readings the word intent is equated or linked with purpose, such as,

The intent, the purpose, is to serve...

and, when used in healing, that certain conditions will be overcome.

For, while mind is the builder, it is the purpose, the intent with which an individual applies self mentally, that brings those physical results into materiality.

The power of intent, it may be said, awakens a response in the body for the healing to begin. Whether done with the laying on of hands, a massage, a pack, or a spinal adjustment, there is a force that will flow through us when we begin to apply what we know.

The methods of healing we use—be they of the physical, the mental, or the spiritual—simply awaken within the cells and atoms of our bodies the willingness to allow this life force to flow through us. In achieving this awakening through intent, we, as practitioners, become, then, authentic channels of blessing to those for whom we care.

Excerpt from the Spring, 2013 issue of Venture Inward newsletter, available to A.R.E. members at Edgarcayce.org/members. 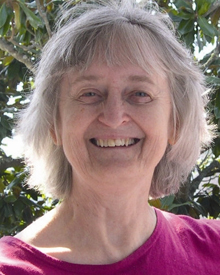