The Way of Knowingness: The Intuitive Path to Your Spiritual Destiny
A new book by Kim O’Neill

Renowned author, psychic, and angel channel Kim O'Neill takes you on an amazing soul growth journey sharing astonishing new insights on ways to unlock the secrets of your destiny, bringing you total peace and a deep sense of purpose, happiness, and fulfillment in her new book. Below is an excerpt from Chapter 3: The Five Guiding Principles:

Issues represent all of the different forms of human experience on the earthly plane. An issue is best described as a necessary learning experience that helps an individual evolve emotionally and spiritually.

Simply put, resolving your outstanding issues is paramount in allowing you to improve the quality of your life. You can easily recognize the issues you are currently working through by examining the apparent problems or patterns of turmoil in your life. There are some issues that remain so painful for us that we carry them from lifetime to lifetime, attempting repeatedly to resolve them. Other issues can be easily worked through without much anxiety or suffering…

If your childhood was traumatic, remember you purposely planned that situation as part of your destiny in order to evolve to a higher level of enlightenment. It might be said that those people who exposed you to their toxic dysfunction when you were a child have been your very best teachers. 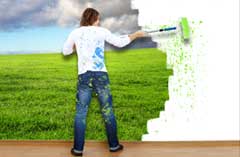 You deliberately picked those troubled people because you expected them to behave just as they did at their existing levels of enlightenment. Keep in mind that although you most likely suffered many wounds, it was a very strong and courageous decision on your part to plan something so distressing, especially knowing that in your most formative years you would be utterly dependent on those from whom you would experience the greatest adversity. Think for a moment about all of the spiritual wisdom and maturity you gained from those impossible relationships and how you learned what not to do from them. And if you’ve already learned everything you had intended, you’ll blessedly never be exposed to those issues again!

After I had been dating my husband, Britt, for several months, we started to talk about our respective histories, which included some painful memories of past relationships and the fact that both of us came from troubled families. I described how my alcoholic father had brutalized my mother verbally and physically throughout my childhood. Britt’s eyes filled with tears as he warmly embraced me, and then he murmured, “What a wonderful teacher he must have been. I can see why you chose him as a father. You were very fortunate.”

Very fortunate? I thought Britt was nuts! I was aghast that he said such a thing about a man who had traumatized my entire family. What could I possibly have learned from a man I could never respect or depend on as a father? I was fortunate to have a father who rejected and abandoned my brothers and me from the time I could remember because he was so consumed with destroying my mother and himself? Having endured emotionally painful therapy for some time to heal from these childhood wounds, I should be grateful to this man?

Britt saw my shocked expression, and before I could stutter a reply, he explained softly, “Don’t you understand? You chose him as a father because you knew he would behave exactly as he did. You must have had some issues that you needed to address, and your father fit the bill perfectly. You’re the person you are today partially because of that turmoil.”

His statement rang true to me, and I began to listen more openly. I started to see things in a very different light. We discussed the idea that because of the absence of my father’s love, I had no feelings of security or consistency as a child. And due to my father’s drinking and abusive behavior, I grew up in a war-zone environment that was characterized by ongoing financial hardships, fear of the sporadic beatings he gave my mother, and the awareness that at any time he might decide to make good on one of his frequent threats to kill her.

The early heartache of his neglect, rejection, and disinterest in me began the process of independence and empowerment that I am so proud of today. His abusive behavior toward my mother taught me about setting boundaries and helped me to understand the emotionally crippling effects of low self-esteem. In addition, as a result of moving beyond this difficult time, I was able to develop the determination to address my subsequent issues with less fear and unwillingness. 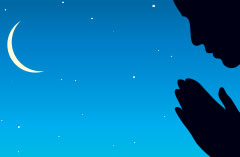 Upon further reflection, I realized that I also learned what not to do. In my interactions with other people, particularly children, I always try to remember that every human being should be treated with dignity, respect, and consideration. Although my old wounds are healed and I’ve never been happier or more at peace, I can still vividly recall the terror of cowering from a parent gone berserk because of a combination of anger and alcohol. The memory of those early years helps me to share a heartfelt sympathy and compassion for those who have endured similar experiences.

Even in therapy, I hadn’t considered that my suffering could have been a precious opportunity to learn from my father, who was destined to be one of my most valuable teachers. Britt taught me, with his greater maturity and wisdom, that traumatic or disturbing issues can always be reframed as positive learning experiences as long as I am ready to become a willing student.

Kim O'Neill, voted Houston's Top Psychic by Houston Press Magazine, is the author of How to Talk with Your Angels, Discover Your Spiritual Destiny, The Calling: My Journey with the Angels, and new book from 4th Dimension Press, The Way of Knowingness: The Intuitive Path to Your Spiritual Destiny. For over two decades, Kim has conducted private channeling sessions for an international list of clients, including business, media, political, and religious leaders, and fellow psychics, and established seminars and workshops designed to help people transform their lives and develop greater spiritual awareness. Her Web site is Kimoneillpsychic.com.