The second in a series of discussions from the Cayce health readings.

The Centers for Disease Control estimates that in 2014, 32 million people in the United States had diabetes. Most of these cases were Type ll diabetes. Diabetes usually begins in adults of all races and ethnicities over age 20, and is most common after age 55. Nearly one third of people with diabetes are unaware of their condition, because symptoms may be vague and often develop gradually. Diabetes can damage the heart, blood vessels, eyes, kidneys, and nerves and decrease life expectancy.

Although there is no known medical cure for diabetes, daily treatment helps control blood sugar and may reduce the risk of complications. Under a doctor's supervision, treatment usually involves a combination of weight loss, exercise, and medication. Some Type II diabetics may require insulin injections.

Diabetes affects the body's ability to use digested food for energy. Diabetes doesn't interfere with digestion, but it does prevent the body from using an important product of digestion—glucose (commonly known as sugar)—for energy.

After a meal the digestive system breaks some food down into glucose. The blood carries the glucose or sugar throughout the body, causing blood glucose levels to rise. In response to this rise, the hormone insulin is released into the bloodstream to signal the body tissues to metabolize or burn the glucose for fuel, causing blood glucose levels to return to normal. A gland called the pancreas, found just behind the stomach, makes insulin. Glucose that the body doesn't use right away goes to the liver, muscles, or fat for storage. In people with Type ll diabetes, the pancreas usually produces some insulin, but the body's tissues don't respond very well to the insulin signal and don't metabolize the glucose properly, a condition called insulin resistance.

The symptoms of diabetes can be hard to identify at first. They may include fatigue, frequent urination (especially at night), and excessive thirst. Other symptoms may include sudden weight loss, blurred vision, slow healing of the skin, as well as gum and urinary tract infections.

One cause of diabetes mentioned in the Cayce information is nerve damage to the digestive organs (particularly pancreas and liver). The readings describe that damage occurs when the 5th - 10th thoracic vertebrae press on nerve centers. Spinal adjustment (osteopathic or chiropractic) is a primary Cayce therapy for the treatment of diabetes. 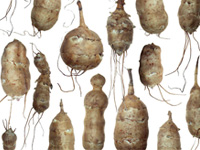 In addition to spinal adjustments, a root vegetable called the Jerusalem artichoke, also known as the sunchoke, is recommended as a dietary supplement. The readings suggest that eating Jerusalem artichokes may decrease the need for insulin.

Along with spinal manipulations, the recommendation of a plant-based diet, and Jerusalem artichokes, the use of colon hydrotherapy was also recommended to prevent constipation. Moderate exercise was frequently mentioned as well. In the following excerpt, diet is emphasized in addition to moderate general exercise (walking) and specific therapeutic exercise:

(Q) What can he do to protect himself against it?
(A) As indicated, the diet—and exercise of specific characters that tend to tone up and to create a balance.


Keep away from meats, save a little fish or fowl. None of vegetables that are of the pod variety. Those of the natures that grow UNDER the ground are preferable, but plenty also of the leafy variety.

And twice each week take the Jerusalem artichoke, about the size of a hen egg; first raw—say on Tuesdays—and the next time cooked, say on Thursdays, but cooked in its own juices (as in Patapar Paper). Only eat one each time, you see. When cooked, season it to make it palatable, but do not eat the skin—save the juices and mash with the pulp when it is to be eaten. Eat it with the meal, of course; whether it is taken raw or cooked. Do not take it between meals, but at the regular meal.

Eat all of the vegetables especially of the leafy variety; such as spinach, kale or mustards and the like. These, too, should be prepared in their own juices—or in Patapar Paper.

Refrain from tea or coffee, especially if milk or cream is used in same; but these may be taken moderately without such. Refrain from any great quantity of butter or butter fats. None of pastries, or pies; though foods that are of the diabetic sugar—proof nature may be at times taken. Or, the use of beet sugar is preferable to cane…

Then the exercise; walking regularly, and a five to ten minute period of exercise morning and evening. This should not be strenuous, nor too great an exertion at one time, but: Raise the arms gently above the head. Then, with the arms lowered to level, stoop—letting the arms not be extended in front or toward the floor but keeping a balance, see? Then placing hands on hips, gently move as to circulate the body upon the lumbar axis.
(Edgar Cayce reading 1963-2) 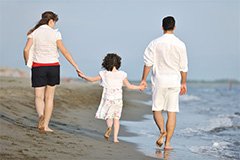 Finally, the Cayce health information consistently maintains that the mental and spiritual aspects of health are important. Therefore, the Cayce readings provide some specific recommendations for working with attitudes, ideals, and behaviors from a holistic perspective.

To summarize the Cayce approach to treating diabetes Type ll: