Join
What was the Language of Atlantis & Lemuria?
John Van Auken

Question: Did Lemuria and/or Atlantis have a written language? Can it be deciphered now? What language is most similar?

Answer: This is a good question and one that will help all of us regain a level of consciousness we once had—I should say, our souls had, for our personalities never had this level of consciousness. In answering your question, I am using Edgar Cayce’s information from four principal readings: 364-10, 378-13, 378-14, and 2329-3, but also bits from the entire 364 series, the so-called "Atlantis Series."

We must understand that Lemuria was a very, very ancient time, literally millions of years ago, and Lemurians were not physical until the very last stages of their push into matter, roughly a few centuries. Atlantis, on the other hand, was a much closer period that lasted from 210,000 BC to 10,014 BC. And it is helpful if we divide Atlantis into three periods: the early formative centuries, the middle struggling centuries of increasing self-awareness resulting in rising selfishness, and then the final migration period as Atlantis sank in stages.

In the early period, Lemurians and Atlanteans were not like the people of today. Back then, you and I (our souls) would have been pure minds and spirits without physical bodies. And, importantly, we (our minds and spirits) were still connected to the Great Spirit and the Universal Consciousness of our Creator. We lived in conscious cooperation with our Creator, and possessed "all the attributes of the spiritual or unseen forces," giving us many abilities that we do not actively use today (they are now latent within us). Therefore, we did not use language the way we do today.

The Cayce material teaches us that back then we were profoundly psychic. And when he was asked, "Give in detail of the psychic powers he [a reincarnated Atlantean] developed at that time [of Atlantis]?" Cayce replied, "This would almost be impossible." (378-13) Then Cayce attempted to explain that during our present "material age," we could hardly comprehend the oneness of consciousness among the Children of God and their Creator. In another reading he adds, "Individuals in the beginning were more of thought forms than individual entities with personalities as seen in the present..." (364-10) Can we today conceive of ourselves as minds without bodies?

To a small degree, Edgar Cayce could be an example of an Atlantean, for even in his normal conscious state, he could know what you were thinking and had been doing. Telepathy was the means of communication back then, not sounds using vocal cords. But even this example can be misunderstood, because we today think of telepathy as "hearing" words in thought, but there were no words. 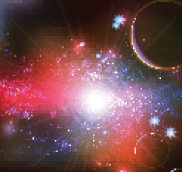 As we Children of God, or "Morning Stars" as the book of Job referred to us, pushed our minds deeper and deeper into matter (this third dimensional plane), we became more individualized, and our expansive consciousness was narrowed into this world of form and physicality. When we were finally "out of Spirit, out of the ability to have all the attributes of the spiritual or unseen forces…" (364-10) and more fully in matter, then we moved toward writing and speaking.

Language began as pictograms and pictographs, a language in which ideas are transmitted by drawing images, and these images are symbols representing a concept, object, activity, place, and the like—a picture being "worth a thousand words." For example, today if we saw a sign with an airplane and an arrow on it, we’d know, without words, that it shows the way to the airport. From pictographs developed logographs with increasing phonetics, symbols moving to sounds—mostly as a result of spoken language. This required vocal cords, and we were now in physical bodies, though Cayce states that bodies then were not as dense as ours today.

Hieroglyphs are both pictographs and logographs. For example, the name "Ramses" is composed of pictographs of Ra (Sun god) and mess ("to be born"), meaning "he who is born of Ra." (See illustration.) But these symbols are also sounds, thus the phonetic name, which was originally spelled Ramesses, later simplified to Ramses.

Cayce’s readings indicate that the latter stages of Lemuria and Atlantis was a time when the whole world spoke one language, a time prior to the Tower of Babel legend in the Bible: "the understandings were of one tongue! There had not been as yet the divisions of tongues in this…Atlantean…land" (294-148) Therefore, we could assume that the three sets of Atlantis records are in the same language. In one reading, Cayce indicated that the Atlanteans had a slightly different dialect of the worldwide language: "…translations to the various dialects…" (852-12)

In another reading (2329-3), he actually stated that there are 32 plates or tablets— "records made by the entity itself," that are preserved in the Egyptian hall of records. He said that these tablets would require interpretation, and that this interpretation would take some time. It is likely that the glyphs on these tablets are a precursor to hieroglyphics, and therefore we should be able to decipher them.

Excerpt from the A.R.E. Member Newsletter (Fall, 2015), available at EdgarCayce.org/members.