Join
Why Don’t We Remember Our Past Lives?
Cheryl Baer-Bernath, CHt

Did you ever wonder…Why don’t we remember our past lives? I think we can all agree that if reincarnation is simply a Universal Law like gravity then it would seem that if one planned to step off a third floor balcony into thin air, the memory of having plunged three stories to the ground the last time might not only be a deterrent from repeating the same mistake twice but quite an essential bit of information! So why do most of us have to resort to a past-life regression in order to access this information? Well, the Cayce readings suggest that we do in fact have our own access to this information! It’s just a matter of recognizing how we already are the holders of the sacred memory of our Soul’s Journey. So, how do we begin to recognize the clues? How do the memories of our past-life experiences appear to us in our everyday lives?

Our bodies remember! From the Edgar Cayce reading, 2175-2: “(Q) What was the cause for the birthmark on left hip? (A) Few individuals there are who do not carry a mark of some character or nature. This is a mark from a former experience, from former activities in the earth plane.” This is an area where the Cayce readings align perfectly with the research done at the University of Virginia’s Department of Perceptual Studies where the groundbreaking work of Dr. Ian Stevenson is being carried on by Dr. Jim Tucker. Studies to date of approximately 2,500 children who claim to remember past lives have given us some very impressive data. Stevenson who died in 2007 at 89 studied spontaneous, waking memories, not retrieved under regression hypnosis with an emphasis on scientific method. After they published Stevenson’s article in 1975 a quote from the Journal of the AMA said that Stevenson “had collected cases in which the evidence is difficult to explain on any other grounds besides reincarnation”! Yes. The AMA. Even Carl Sagan was a supporter!

An area of particular interest to Stevenson was the correlation between birthmarks and the mode of death of the previous personality. In a typical case of this sort, a 3 year old child in Thailand named Chanai begs his grandmother to “take him home” and says he was formerly a schoolteacher named Bua Kai who had been shot and killed on his way to school (5 years before Chanai was born). He led his grandmother to his former parents’ home in a nearby village, identified his parents, former possessions and his daughters and insisted that they respectfully call him Father although he was only three year old! (He refused to respond if they did not.) But by far the most compelling aspect was that he not only had been born with a birthmark above his eyebrow that matched the entrance wound of the shot that killed Bua Kai but also was born with a larger, more irregular mark under his hair in the back of his head that corresponded to the exit wound! Tucker reported recently that they had amassed about 18 such “double birthmark” cases.

In a similar vein, a Life Reading given for Gladys Davis, the Cayce’s young secretary, described a life in Persia where Edgar and Gladys were Uhjltd and Ilya, husband and wife who met an untimely end in ancient Persia. As the reading recounts: “In these associations both suffered physically, and each bear in the body at present a mark designating these conditions. On the female body, just below the left breast, to the side and on the edge of the breast itself, the mark, and an answering one on the body of the male (Cayce), in the opposite proximity of the breast” Edgar Cayce reading 288-6. They had both been stabbed to death in that life. The body remembers.

The Soul also remembers and can give us clues through our dreams.  So, how do we differentiate a typical symbolic dream from an honest to goodness past-life memory? Sometimes a real and urgent need for an answer to a difficulty will present itself through a dream which provides exactly the information that we need to solve our problem. Thus comes the story of an ancient love triangle that comes back to haunt a young man who decides to “test” out the theory of reincarnation…

Hugh Lynn Cayce, the Cayces’ eldest son, once had a dream that gave him information that literally saved his life. Hugh Lynn had recently become engaged to a woman named Olive. Not surprisingly, he requested a Life Reading for his new fiancée to see if she was “indeed the woman for him” and discovered that she did have at least one previous incarnation as his wife! He had also requested a reading for a close friend of his named Fred. It appeared that in a past-life he and Fred’s fight over a woman had “split a kingdom”. And that woman was? Yes, you guessed it. Olive. Hugh Lynn then had the questionable idea of getting them together to see what would happen…

He invited Olive and her mother to come down from New York to dinner and also invited his visiting friend Fred. After a dinner which seemed very uneventful, Fred told Hugh Lynn: She is “the worst you’ve ever picked. Cold as ice. You can’t marry her.” Olive soon returned to NYC and a few days later, Fred left. Hugh Lynn soon received his engagement pin back with a note of apology from Olive and Fred. Not only had they started dating but Fred admitted their affair had started the night of their shared dinner! Hugh Lynn was hurt and angry but now convinced. Reincarnation was real.

Twenty years later, Hugh Lynn started having repeating, life-threatening choking episodes. He had been in the ER three times now and was fearing for his life when he had the following dream: He sees himself as a Norwegian man choking a woman, his wife, to death after she becomes pregnant with another man’s child. The setting is reminiscent of one of his Life Readings. Her face is Olive’s. He now realized that he had never truly forgiven her and prayed for the strength to do that. A few days later, Olive called out of the blue after many years admitting that she had treated him badly and asked for his forgiveness! He relented and the choking never returned. Our Souls remember. Our emotional bodies also remember. Ever had an instant attraction or repulsion to a person upon meeting them? It puts a new spin on the word “re-action”, doesn’t it? Fred, Olive and Hugh Lynn would probably agree.

There is yet another factor to consider: According to the readings, sometimes a person does not yet have the spiritual resources to deal with a particular memory! Although Edgar himself was given many of his past-lives early on in his own life readings, at least one was withheld until later in his life. Apparently, it was determined that it would’ve gone to his head! The 1,920 Life Readings given always stipulated that only such information as would be helpful to the entity at that time would be given. “When the student is ready, the teacher will appear.” 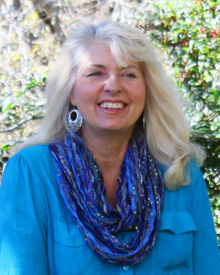 Cheryl Baer-Bernath, CHt is a former long-time A.R.E. staff member, professional singer and musician, and certified Hypnotherapist. A popular lecturer on dreams and reincarnation, and an avid journal keeper, she has been featured on various radio shows and publications including Venture Inward magazine.

See all by Cheryl Baer-Bernath, CHt

Subscribe To RSS
Search the Blog
Categories
Programs Near You
Are we coming to your neighborhood?

A.R.E. Conferences present topics that enrich and inspire, featuring some of your favorite speakers, like John Van Auken and Kevin Todeschi! Are we coming to your neighborshood? Search our events for a program near you!