Join
Explore Your Astrology and Gain Insights Into Your Soul

Explore your astrology--called "planetary influences" by Edgar Cayce, and gain insights into your soul, your subconscious mind, and your life's purpose!

Join our organization to receive a free Astrological Forecast and save 25% on membership starting as low as $29!

The biggest difference between Cayce’s perspective on astrology and what might be thought of as traditional astrology is that Cayce said that the placement of the stars and the planets at our birth were an indication of our past sojourns amongst the planets and the stars. The readings stated that these were indicators, or signs, of where we had been and what we had studied in “consciousness” in these other realms. In other words, the positions of the stars and planets at our birth aren’t predicting our future so much as they are telling us a story about our past, and how our past may be influencing our present.

Cayce was born on a farm in Hopkinsville, Kentucky, in 1877, and his psychic abilities began to appear as early as his childhood. He was able to see and talk to his late grandfather's spirit, and often played with "imaginary friends" whom he said were spirits on the other side. He also displayed an uncanny ability to memorize the pages of a book simply by sleeping on it. These gifts labeled the young Cayce as strange, but all Cayce really wanted was to help others.

Cayce's readings constitute one of the largest and most impressive records of psychic perception ever to emanate from a single individual. About 20 percent of the 14,000+ readings given were "Life Readings." A Life Reading is a reading in which Cayce is asked to consider the person (for whom the reading is being requested), and his or her purpose in this current life. If you search the Cayce readings database for the term “astrological,” you’ll receive nearly 1,500 results. That’s because Cayce started every Life Reading with a look at the person’s “astrological conditions and aspects.” 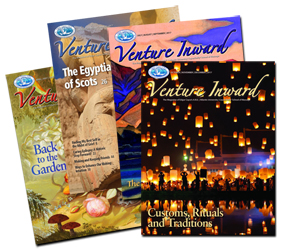 Gain Insights into Dreams and Enjoy Soul-Enriching Materials with These Member Benefits: 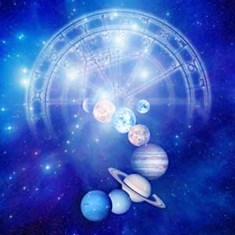