Join
Explore Your Soul with Insights from Edgar Cayce

Explore your soul and your life's purpose with wisdom found in Edgar Cayce's readings. We'll help you get started with a free Astrological Forecast!

Join our organization to receive your free forecast and save 25% on membership starting as low as $29!

According to the Edgar Cayce philosophy, each person living on the earth is here for a specific soul purpose; a purpose that no one else can fulfill. While for some people, their purpose might be directly related to a profession or vocation, for others it could simply be a particular way of living day by day. Finding and then understanding and living your soul’s purpose is actually a life-long process. As your knowledge grows and deepens, you will find greater and greater opportunities for fulfilling your life’s mission.

Cayce was born on a farm in Hopkinsville, Kentucky, in 1877, and his psychic abilities began to appear as early as his childhood. He was able to see and talk to his late grandfather's spirit, and often played with "imaginary friends" whom he said were spirits on the other side. He also displayed an uncanny ability to memorize the pages of a book simply by sleeping on it. These gifts labeled the young Cayce as strange, but all Cayce really wanted was to help others.

Cayce's readings constitute one of the largest and most impressive records of psychic perception ever to emanate from a single individual. Together with their relevant records, correspondence, and reports, they have been cross-indexed under thousands of topics.

Gain Insights into Your Soul with Body-Mind-Spirit Materials Available to Members: 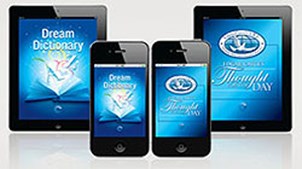