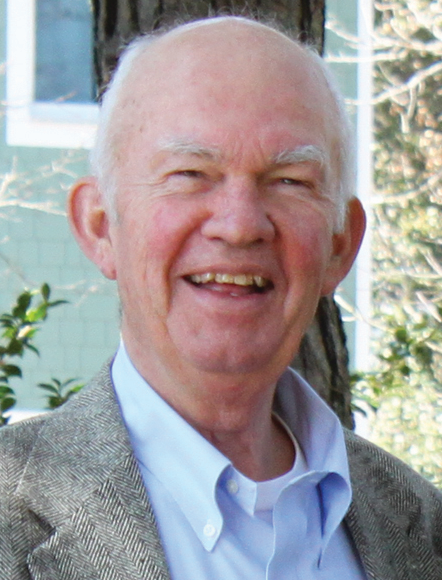 The eldest son of Hugh Lynn and Sally Cayce, and the eldest grandchild of Edgar Cayce, Charles Thomas led the A.R.E. from 1977 until his retirement in 2006. He was predeceased by his brother, Greg. He is survived by his wife, Leslie, his two children, Corinne (and husband Jesse Luckett) and Catherine (and husband Thomas Pierce) and four grandchildren.

According to Executive Director and CEO Kevin J. Todeschi, "Charles Thomas Cayce dedicated more than 40 years of his life to this organization. He was a valued spokesperson, and a popular speaker and sacred sites tour leader, and one of our principal board members. He was a calming influence, a champion of young people, and a trusted resource on a variety of topics-like meditation, psychic ability, and incorporating spirituality into our daily lives. He is irreplaceable and his counsel and presence will truly be missed."

Charles Thomas grew up in Virginia Beach and attended Hampden-Sydney College and later did graduate work at the University of California at Berkeley and the University of Mississippi, from which he received his Ph.D. in child psychology in 1968. He taught college for several years and worked for the U.S. State Department as an educational consultant in Germany, Italy, Pakistan and Turkey before returning to Virginia Beach and joining the A.R.E. staff.

Memorial contributions can be made to the Charles Thomas Cayce Endowment Fund, c/o Edgar Cayce's A.R.E., 215 67th Street, Virginia Beach, VA  23451, which was set up in his memory to help support the A.R.E. work to which he dedicated his life. A memorial service will be held on Saturday, June 25, at 10:00 a.m. at A.R.E.'s Virginia Beach headquarters.

Edgar Cayce's A.R.E. (EdgarCayce.org) was founded by the grandfather of Charles Thomas in 1931. Famed twentieth century psychic and medical clairvoyant, Edgar Cayce was the most-documented psychic in history and the subject of more than 100 books. Cayce is best known for his answers to questions while in an altered state. These answers, called "readings," covered more than 10,000 different topics, including holistic health, prophecy, life after death, world affairs, and psychic and spiritual development. Edgar Cayce's A.R.E. is a popular conference, visitor, and tourist destination located at the North End of Virginia Beach. Ecumenical in nature, the organization's motto is "helping people change their lives for the better." It maintains international offices in 37 countries.

Download our Press Kit for print-worthy background on the Association for Research and Enlightenment, the A.R.E. Health Center & Spa, Atlantic University, Cayce/Reilly School of Massage, and more!