Every single day, tens of thousands of unique users from all over the world surf the Internet to explore the life’s work of one ordinary man. At any given moment, tens of thousands of people around the globe are reading in their native tongue one of hundreds of books about this man’s amazing life and work. Every day, somewhere on the planet a documentary is being broadcast highlighting some aspect of this man’s incredible work. In spite of all of the notoriety and attention he receives, he was an average individual in most respects: a loving husband, a father of two children, a skilled photographer, a devoted Sunday school teacher, and an eager gardener. Yet, throughout his life, he also displayed one of the most remarkable psychic talents of all time. His name was Edgar Cayce. 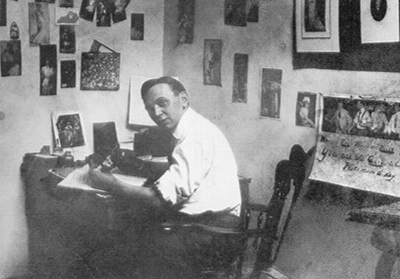 Since 1901, the information in the Cayce readings has been explored by people from every imaginable background and discipline. In addition to individuals from all walks and stations of life, the vast scope of this material that consists of 24 million words has come to the attention of educators, historians, theologians, counselors, health care professionals, and scientists. No doubt, part of the attraction has been that, regardless of the field of study, Cayce has continually proven himself to have been years ahead of his time. At the dawn of the twentieth century, he was emphasizing the importance of diet, attitudes, emotions, exercise, and the patient’s role—physically, mentally, and spiritually—in the treatment of illness. Inspired by the Cayce information, a group of physicians founded the American Holistic Medical Association in 1978. As a result, Cayce has been called the father of holistic medicine and has been recognized for describing the workings of the human body and foreseeing the direction of health care and much of the current treatment of illness.

In the field of psychology, he has been compared to Carl Jung. In the realm of education, he stands with Rudolf Steiner. The Cayce information on “vibrations” parallels the Superstring theory of physics. Richard H. Drummond, a world-renowned theological scholar, called the Cayce information on spirituality “the finest devotional material of the twentieth century.”
In history, the Cayce readings gave insights into Judaism that were verified a decade after his death with the discovery of the Dead Sea Scrolls. In world affairs, he saw the collapse of communism nearly fifty years before it happened, and the fact that the west would eventually lose it prominence on the world economic stage to China. Repeatedly, science and history have validated concepts and ideas explored in Cayce’s psychic information. The wealth of these insights has resulted in hundreds of books that explore various aspects of this man’s life and work. 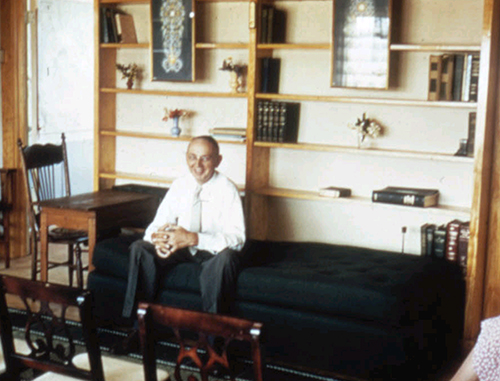 Just as fascinating as the breadth of the material and its accuracy is the activity level of Cayce’s mind while he was in the reading state. It was not unusual for Edgar Cayce to be giving a reading, lying on his couch, somehow mentally in touch with another person and his or her surroundings, activities, and relationships, providing answers to any question imaginable, and, at the same time, to be having a personal dream that Cayce could recall upon awakening. Occasionally, at the same time all this was going on, if someone in the room with Cayce thought of a question, he would respond to that person’s query without even being asked! Even a casual perusal of the Cayce information makes it quite evident that the capacity of this man’s mind was not limited to what we might call the conventional parameters of time and space.

Edgar Cayce explained that once this ability was underway his information was derived from essentially two sources:

"Upon time and space is written the thoughts, the deeds, the activities of an entity—as in relationships to its environs, its hereditary influence; as directed—or judgment drawn by or according to what the entity’s ideal is. Hence, as it has been oft called, the record is God’s book of remembrance … " (1650-1)

The ability to gather information in this manner may sound unusual, but even today much of the workings of the human mind remain a mystery. Some contemporary research has estimated that the brain filters out more than ninety-five percent of the information available to it. Although this may seem high, how often do we become aware of the sounds made by our heating and air conditioning systems, our own breath, or the car driving next to us in traffic? How frequently are we cognizant of the seat upon which we are sitting, the weight of our eyeglasses upon our nose, or the feeling of clothing against our skin? Do we generally let ourselves notice the intensity of colors around us or even the slight variation in smells within the rooms of our own home? Are we ever aware of the sensations upon our fingertips as we hastily type out something upon our keyboard? How many times have we driven to a familiar location and then not recalled much of the trip that actually got us there? All this information resides just beyond the bounds of conscious awareness, and yet we are not cognizant of it. Without our brain filters, we probably could not survive all the stressors, distractions, and stimuli that are simply a part of everyday life. Perhaps one component of Cayce’s psychic talent was an ability to set aside the very filters that prevent our own sensory systems from being overloaded. With this in mind, perhaps as amazing as Cayce’s extraordinary psychic ability is the fact that he was somehow able to survive and live some semblance of normalcy even while being exposed to such a vast array of incoming data.

On this occasion of Edgar Cayce’s 143rd birthday, here is celebrating Edgar Cayce and a work that continues to help people around the world change their life for the better – physically, mentally, and spiritually.

Kevin J. Todeschi, M.A. is Executive Director & CEO of the Edgar Cayce work, an authority and spokesperson on the Cayce material, and the author of more than 25 books, including Edgar Cayce on the Akashic Records, The Best Dream Book Ever, and Edgar Cayce on Angels and the Angelic Forces.