Join
Our Annual Ancient Mysteries Conference: Heaven and Earth Reveal Their Secrets
Featuring John Van Auken; Freddy Silva; Dr. Manu Seyfzadeh; John Schroeder; Joanne DiMaggio, MA, CHt; Mark Anthony, JD The Psychic Explorer® and more!
In Person AND Live Online! Take a trip through time and space and explore the archeological wonders of the ancient world! Discover the real truth behind lost legends and prophecies, forgotten cultures, and mystical obscurities. See the latest discoveries from the field, and examine the influence of the ancient past on our current lives.

We’re happy to welcome you back to your spiritual family at A.R.E. Headquarters. Join us in person or live online!

Take a trip through time and space and explore the archeological wonders of the ancient world! Discover the real truth behind lost legends and prophecies, forgotten cultures, and mystical obscurities. See the latest discoveries from the field, and examine the influence of the ancient past on our current lives.

Why? Because your soul was there! Latent within you are all the memories and skills your soul possesses from those ancient times—lost knowledge waiting to be found. This conference stimulates your deeper mind to recall all you have known and to awaken it to this incarnation.

Don’t miss this rare opportunity to meet today’s most respected researchers and explorers at our most popular annual event. You will:

IN-PERSON: A mask is recommended in the auditorium and all current safety and hygiene guidelines must be followed. BONUS: All in-person attendees receive the online version, if available, on demand for FREE! You will receive a link to view via email which will be sent after the event ends. 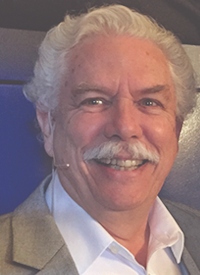 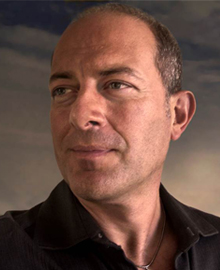 is a best-selling author and leading researcher of restricted history, ancient knowledge, sacred sites, and the interaction between temples and consciousness. He has published five books in five languages. Described by one CEO as "perhaps the best metaphysical speaker in the world right now,” he has been an international keynote speaker for two decades and appears on GAIA TV, Ancient Aliens, and numerous radio shows such as Coast To Coast. He is also a documentary filmmaker and leads private, sell-out tours to sacred sites worldwide.

View all of Freddy Silva's events 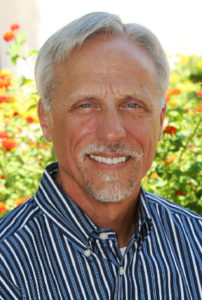 John Schroeder has been a student of the Edgar Cayce readings since the 1960s. Both he and his mother, Helen Ruth, served as Board members for the A.R.E., Atlantic University, and the Edgar Cayce Foundation.
John has a BA in finance and an MBA in marketing. He retired in 2011 as executive director of Unity of Phoenix and now devotes his time to writing and teaching.

View all of John Schroeder's events 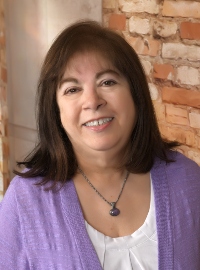 Joanne DiMaggio, MA, CHt, is considered a respected expert on the topic of reincarnation and soul writing. She has been a part of Edgar Cayce’s A.R.E. since 1987 and was on the Core Team that founded the Heartland Region in Chicago. In 1990, she attended an A.R.E. Conference in Chicago where Henry Reed, PhD, talked about what Edgar Cayce referred to as “inspirational writing.” Recognizing that writing as something she had done for many years, she began to devote much of her time researching all aspects of guided writing.

As a student at Atlantic University, she opted to do her thesis on inspirational writing, updating the name to Soul Writing to more accurately reflect Cayce’s intent. Dr. Reed served as her mentor and encouraged her to turn her thesis into a book. That book, Soul Writing: Conversing with Your Higher Self, was published in 2011.

Afterwards, she began incorporating Soul Writing into her past-life work, resulting in her second book: Your Soul Remembers: Accessing Your Past Lives Through Soul Writing. She later guided volunteers to use Soul Writing in her research project on physical karma, which became her next book: Karma Can Be a Real Pain: Past Life Clues to Current Life Maladies.

She is also the author of: I Did It To Myself…Again, which presents her research on the pre-life planning process; and her most recent book: Edgar Cayce and the Unfulfilled Destiny of Thomas Jefferson Reborn.

Joanne has had numerous articles published, given talks to global audiences, and been a guest on nearly 100 radio programs and podcasts.

In addition to her Masters in Transpersonal Studies degree, she obtained her Spiritual Mentor certification through Atlantic University. Joanne conducts private soul writing sessions and past-life regressions to clients worldwide via ZOOM. More at www.joannedimaggio.com.

Mark Anthony, JD Psychic Explorer (the Psychic Lawyer®) is a fourth-generation psychic medium who communicates with spirits. He is an Oxford educated attorney who has tried over 100 jury trials and is licensed to practice law in Florida, Washington D.C., and before the United States Supreme Court.

Mark Anthony is known as “The Psychic Explorer” due to his extensive travels to mystical locations in remote corners of the world examining Ancient Mysteries and Supernatural Phenomena. His background in science, quantum physics, survival of consciousness, near-death experiences, history, archaeology, philosophy and theology has been well received at past Edgar Cayce A.R.E. Events. This year’s conference, Mark will be speaking on The Ancient Sacred Astrology and the Mystery of the Magi.

Mark appears nationwide on TV & Radio. The CBS hit show “The Doctors”, Gaia TV’s “Beyond Belief episode “Quantum Leap to the Other Side with Mark Anthony’ and is the co-host of “The Psychic and The Doc” on Transformation Talk Radio.

Also, Mark is a columnist for Best Holistic Life Magazine. His latest book is The Afterlife Frequency. His other best-selling books are Never Letting Go and Evidence of Eternity.

Mark Anthony is a featured speaker at afterlife and paranormal conferences and universities including Brown, Columbia, Harvard and Yale.